Realizing I couldn't do it all changed my approach to recruiting leaders.
Tyler Braun 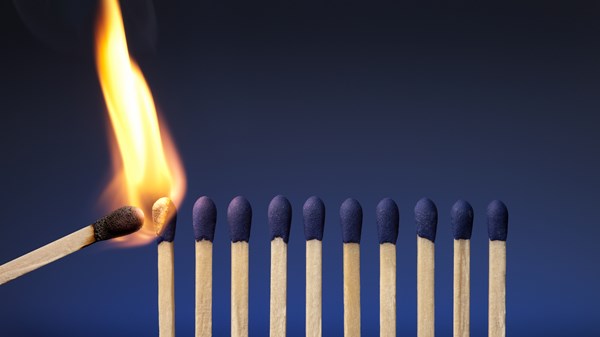 Two years ago I joined the staff of a relatively small church. Having served exclusively in large churches, it was quite a shock to my pastoral system. The biggest shock was the realization that I simply couldn't do it all. My job description included far more than I could accomplish on my own—and there was no support staff to help with whatever I didn't get done. It brought me to my knees. "Lord, please bring me people who can lead!" I prayed.

I had a troubling realization: all of the godly, mature leaders in our church were already overextended.

The need for lay leaders came into sharp focus with a married couples group that formed a year ago. The group meets on Sunday morning, and even though it is in my job description to provide oversight and care for the group, I cannot lead it. In fact, I cannot even be part of the group other than briefly stopping by to say good morning. Sunday mornings I am tied to the church sanctuary where I am either leading worship or preaching.

As I created a mental list of people I could ask to lead this group of married couples, I had a troubling realization: all of the godly, mature leaders in our church were already overextended. They simply didn't have time to do more. How could I find and develop new leaders who could shepherd ministries on their own?

As I hunted for people to lead the group, my mindset about leadership was shifting. As a rookie pastor, I had expected people to step into leadership on their own. After all, if someone is truly a leader, they will prove it, right? I'd also seen lay leaders as my personal support. They were there to help extend my reach. Now I was starting to question that view. In fact, I had it exactly backwards: my position existed to serve others. As Andy Crouch puts it in Playing God, "Power is not the opposite of servanthood. Rather, servanthood, ensuring the flourishing of others, is the very purpose of power."

People usually object to leading a group because the commitment feels overwhelming. It demands a lot of time and energy.

I was also realizing that not every leadership role had to be filled by one person. After all, my own experience was showing that I couldn't do everything by myself. How did I expect others to?

So rather than having one person lead the couples group, we had several step in. The group is currently led by three older "mentoring couples" as we call them. This fulfills a lot of desires we had for the group. We wanted to facilitate older couples connecting with younger couples. With a plurality of leadership, no one feels overloaded. It also affords more opportunities for meaningful connections with individual couples within the larger group setting.

People usually object to leading a group because the commitment feels overwhelming. It demands a lot of time and energy. Most people don't feel capable of carrying a group on their own. Sharing the leadership responsibilities among several people is one way to fix that. This also creates an environment of more intimate connection because each leader is freed to care for individual members of the group. While identifying multiple people to lead a group isn't a fix-all, it does allow you to recruit people who are too inexperienced or too busy to lead on their own.

Another way to recruit great leaders: look for unlikely ones. On Memorial Day weekend I invited a woman who served in the United States Navy to share a personal reflection on the importance of the holiday. She delivered a powerful charge to the congregation and ended by leading us in prayer. This isn't something people expect to see in a typical male-governed church, like ours. But she did an exceptional job, as I knew she would. The theological convictions of the church regarding male-headship were not compromised, and we all benefited from a woman serving us with her leadership gifts.

There is power in identifying people as leaders, even if they are not functioning in that capacity yet.

I've found that in churches where male-headship is the established order, it's especially crucial to seek opportunities to allow people outside of the middle-aged-man demographic to see their value and importance. Often these marginalized people are reluctant to take steps toward leadership. They do not see it as "their place" to take on any form of leadership within the church. So they disengage, choosing simply to be spectators.

That Memorial Day weekend service wouldn't have happened without an intentional effort to provide space for a traditionally marginalized person. The Sunday morning worship gathering is the primary means of communicating who we are as a church. But often the only people who take the stage or use a microphone are older men. That communicates that most people do not have a valuable place within the body.

Recently I sat in a room full of people our church staff identified as leaders. Many of these individuals were already leading. They were the foundation of the church. However, some of the people we invited to that meeting had little involvement in the church beyond attending.

This event was organized for one simple reason: there is power in identifying people as leaders, even if they are not functioning in that capacity yet. It's natural for people to doubt whether they are leaders. To raise up new leaders, it is essential to show people how you see God working in their lives and assure them of their leadership potential.

Since that event I've noticed a subtle but significant change among the individuals we identified. They have been more involved and willing to take on the leadership challenges we've presented. All this came from a simple statement: "We see God raising you up as a leader."

Identifying and training leaders is never easy, and it's an ongoing process. But I've been encouraged by the small steps we've taken as a church to train more leaders. Whether sharing the leadership load, tapping unlikely leaders, or affirming people's potential to lead, there are many ways to empower lay leaders. After all, staff members of the church can't do it all. Nor should we try. The body functions best when all its members are working.

Noble Volunteer or Humble Slave?
Is there any choice about serving the kingdom of God?
Ben Patterson
Trending