How to transform anger into action.
Tamara J. Park 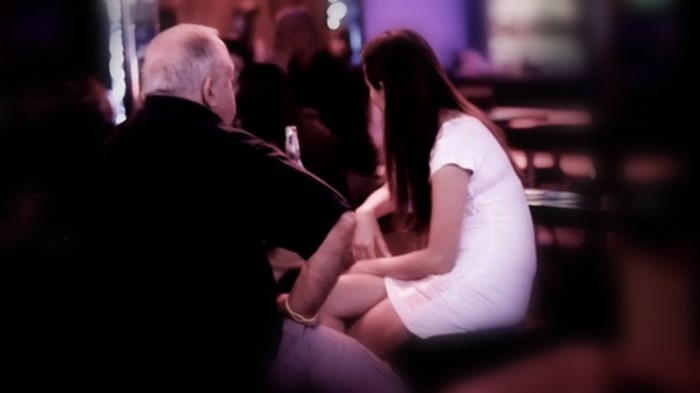 We have so many noble reasons for anger these days. We’re more informed, more connected to the world’s injustices, and so more justifiably outraged. Well done, us!

But let’s be honest, we’re not always the wisest managers of our anger. Protests degenerate into looting. Vigils and violence happen on the same streets. Sometimes it appears we’ve gotten conflict-resolution tips from House of Cards or reruns of The Office rather than from Gandhi—or Jesus for that matter.

And since we’re speaking candidly, I have two confessions of my own:

So, I’ve yet to win a Nobel Prize with my idiosyncratic set of contradictions. However, in my awkward attempts to turn anger into action, I’ve met some extraordinary guides. They work in settings infested with injustice and still pull off transformative work. These guides have shown me a picture of hopeful outrage, one I’ve desperately needed.

And they came at just the right time … for I was in danger of being arrested for harming geriatric gentlemen halfway around the world.

I should probably explain.

I was producing a television series on human trafficking, interviewing survivors and experts in the United States and Southeast Asia. The more I researched, the more I listened to survivors, the more I conversed with those working on the frontlines, the angrier I became.

Then I set out for Thailand and Cambodia. My first night in Bangkok I went with a small crew to do undercover filming in the red light districts.

After seeing one elderly Western man after another with a young Thai woman draped on his arm, after being offered restaurant menus listing thinly veiled sex acts, and then interviewing a young guy who went into the sex trade after his parents kicked him out of the house for being too effeminate … well, I was about to go all Kill Bill on every violator I saw.

I was livid, in that most unhelpful way. And that was only the first night. I had a whole season of shows to produce.

Fortunately, my guides came in the nick of time. I avoided a foreign jail cell and gained a vision for turning anger into compassionate, courageous, and creative action. It’s a vision for hopeful outrage you might appreciate as well.

The next day I interviewed Chris Lentley, who works with an organization called The MST Project, which seeks to build relationships with tourists coming to buy sex and ultimately minister to them. I asked Chris how he could stand to talk with those men night after night.

He told me about talking with a man who was bragging about being with a thousand women. Chris asked the guy, “If you could be with another thousand women or just one for the rest of your life, what would you choose?”

The man paused and sheepishly responded, “One woman, of course.” And then he said, “But what woman would want to be with me?”

Chris went on to describe how trapped by shame many of the men are. Some have been victims of abuse themselves; most have known deep rejection. He said, “Grace and love are more powerful and transforming than shame and guilt.”

These men’s actions infuriate Chris. But he has let something even more visceral guide his work: compassion.

After my interview with Chris, I realized something I’d never considered before: Compassion for the victimizer doesn’t have to lessen your resolve to help victims. In fact it can expand your capacity to address the problem, strategically disrupting the cycles of abuse.

After leaving Bangkok, I flew to Chang Mai. On the plane I shared a row with a middle-aged European man and a Thai woman half his age who he had obviously hired to accompany him on his “business” trip. While I fought fury, I tried to press into compassion and let caring curiosity (what led this man to do this?) take the lead. Thank you, Chris.

In Chang Mai I met Alezandra Russell, the founder of Urban Light. She is a zesty and beautiful American, passionate about serving teen boys who are being sexually exploited and trafficked in Thailand.

Before discovering Urban Light, I was ill-informed about the exploitation of boys. While there’s a rising recognition of this issue now, it has typically been shrouded in silence and so filled with shame that few have addressed it.

Yet in the midst of this dark reality, Alezandra ventures in, not as a crusader with a cause but as a mom on a mission, poised to love the next boy who walks through her doors. She is well versed in the factors that brought these boys to this place: economic, societal, and familial brokenness. Yet, these complicated systemic issues haven’t deterred her. She has dared to get personal. And that’s her secret weapon.

I got to spend a few days with the Urban Light team and the guys. Alezandra knew their names, knew their stories, and she seemed to know what would make them laugh and feel loved.

I realized: For anger to be transformed into hopeful outrage, you must summon the courage to get personal. As long as the problem is viewed simply as a cause, it can either seem overwhelming or be easily dismissed. A name, a face, and a story are always more powerful than an issue.

Now when I hear about boys being trafficked, my mind doesn’t go to the horror of the problem but to the faces of the youth I met in Chang Mai. I remember their struggle, and their laughter. I can’t help but believe there’s hope. Thank you, Alezandra!

From Thailand I traveled to Cambodia. I spent a few days with Don and Bridget Brewster, founders of Agape International Missions.

They moved from the comforts of California to the commotion of Phnom Penh to start the AIM Restoration Home for trafficked women. The ministry kept expanding. Soon they found themselves in a dusty village called Svay Pak, an epicenter for pedophilia. They created a health clinic for families and an after-school program for kids. Then they chose to do something even more audacious. They decided to take their fury with the traffickers and turn it into one of the most innovative actions I’ve seen. 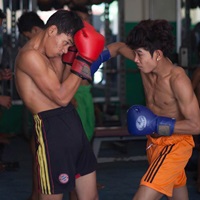 Many of traffickers were teenage boys, selling their younger siblings or neighbor kids. So the Brewsters started a Muay Thai boxing gym called The Lord’s Gym. Now many of these guys are on a nationally competitive Muay Thai boxing team. They have gone from being abusers to hometown heroes.

The Brewsters believed there was something more important than their indignation. They chose to fight for the dignity of all involved. And so they creatively considered what the traffickers might want more than money.

The Brewsters created a new vision for these youth—one the youth couldn’t see for themselves. They didn’t demand that the guys leave what they knew but offered them an adventure. It was one that entailed a lot less money, but it included respect, discipline, love, and self-confidence.

Calling people to believe in a better future takes the rigor and generosity of creativity. From the Brewsters I learned that innovation can be one of love’s most powerful weapons.

Now two questions help me with whatever injustices or challenges I confront: What might bring dignity to the people involved? And what better vision of the future might I help each person create? Thanks, Don and Bridget!

After returning from the shoot, I wanted to do something more.

Talking to men who had intentions to buy sex didn’t seem like the soundest option for me. And starting something for trafficked boys or young traffickers wasn’t exactly in my wheelhouse either.

But doing nothing was no longer an option. I was still angry, but I was also hopeful.

As I continued to interview and research and think and pray, I discovered something I could do. Mentor. I found out mentoring vulnerable youth is one of the most needed and effective work anyone can do.

One of the survivors I interviewed connected me with a young woman who had recently exited the sex industry. She and I took long walks and talked about her dreams of becoming famous; over coffee we chatted about finances and faith. Then she began to tell me about her desire to help other vulnerable girls. Visions of fame turned to practical ideas to start her own business and help others. Now she’s thriving, and I did little except bear witness to hope taking shape.

I now mentor an extraordinary 16 year old whose wisdom continues to inspire me.

And here’s the curious thing: My life has been enriched by this low-key, unglamorous, far-from-epic act. I’m so grateful for the young women I’ve gotten to know.

But perhaps that’s the magic. When anger is transformed into compassionate, courageous, creative action, something else happens: joy. And where there is joy, hope is close by.

Discipleship
The Sin Tamer
Do we ever get to stop fighting against the evil within?
John Ortberg
Trending