Deciding What to Change

The articles below focus on the leader’s ongoing role of bringing freshness and energy to the task. That means choosing what to change and what to keep the same (for now). Revelation 21:5 says that “he who was seated on the throne said, ‘Behold, I am making all things new.’” When you serve that kind of King, you get used to saying, “Never done that before.”

Deciding What to Change

The key is working within the church culture.
Adam Stadtmiller 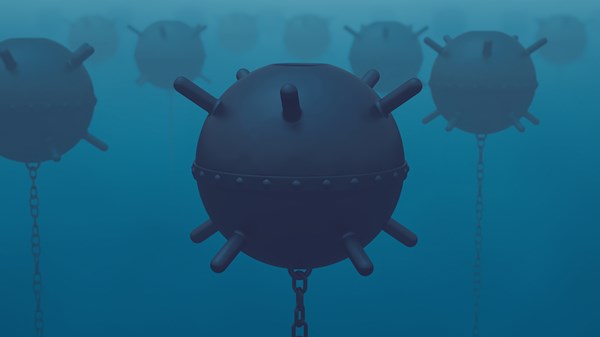 There are two ways to dispose of a bomb. You can detonate it and check for damages after the charge goes off. Or, you can patiently dismantle it with zero body count. In twenty plus years of pastoral leadership, I have learned a couple of things. Organizational culture change is a minefield. And, leaders who last are those who specialize in bomb disposal.

Few things are as emotionally charged as your current organizational culture. If you don’t believe me, make an abrupt change and see what happens. Remember, culture exists for one reason. Those you lead have accepted a way of being or doing. Right or wrong, people get attached to these processes. Repetition in praxis brings a sense of security. We are built to gravitate towards security.

As leader you are charged with engineering the cultural DNA of your organization. This is your number one job as a leader. I would argue that your organizational culture is more important than your vision and goals. Culture is organic in nature and affects not only the spirit in which all things are done, but also the means in which they are accomplished. I know many ministries that are exceeding their set goals while leaving a trail of bodies in their wake due to an unhealthy ministry or leadership culture.

Two years ago when I took the Lead Pastor position at a near century-old church, I knew I had my work cut out for me. The mean age of the congregation was close to 60. Two members had been at the church 70 years. Like many churches in need of renewal, they wanted changes that brought about desired results. Young families, youth, and a renewed emphasis on outreach were just a few. But the million-dollar question was, “Did they want the culture shift necessary to see those changes happen?” It’s now 24 months later and our church has about tripled in size, and while some of those I inherited have moved on, they have done so with all their limbs intact and a congregational blessing. Here’s how we did it ...

One of the most explosive errors that a leader can make is to mistake changing things for changing culture. Changing things is easy and offers quick emotional payoff for leaders. It also can cause immediate angst. Changing culture takes time and gives less instant satisfaction to leaders. You can change lots of outward things and still maintain a dysfunctional culture. Healthy change requires healthy culture. You can make most any change you want if you do it within a safe and healthy culture.

Like many of you reading this article, I can walk into an organization and immediately see where the leaks are and diagnose what needs patching. A non-existent childcare check-in system, pixelated PowerPoints, and a ramshackle newcomer follow-up system were just a few of our soft spots. These things were easy to spot. Discerning culture can take months. This is because culture is systemic and takes more than a couple interactions with a few people to understand.

One of the first things I realized about my new church culture was that many in leadership had difficulty staying in their own lane. Part of this had to do with the long transition period it lingered in before pulling the trigger on my candidacy. Prolonged leadership by committee had not only diluted effective function, but also caused too many people to be involved in situations or conflicts that had nothing to do with them or their position. The upside of this culture was that many people were deeply invested into the success of the organization. The key was maintaining that positive while extricating the negative.

To change this culture, I began asking people who came to me with a concern or dilemma outside of their ministry scope or relational responsibility, “Why are you sharing this with me?” and “Do you feel that this is in your lane?” It was not long before people began to ask him or herself that question before taking action on something. This was a huge positive change, but not one you could see immediately. Today my staff regularly ask themselves before taking action on something, “Is this in my lane.” It’s become part of our developing healthy culture.

Future change is much easier to accomplish when it is tied to your past. Tethering your future vision to your organization's past history builds into your current followers a greater sense of purpose and trust while allowing them to be part of a larger story. This is something biblical writers understood. The progressive biblical narrative is always tied to a comprehensive understanding of its past.

One of the first things I did after coming to the church was to learn its history, believing that there might be dormant callings which God was ready to renew. I listened to a sermon or two from every previous pastor we had on record. The first being a 1979 tape from Pastor Don Loomer. I looked through the dusty photo albums, learned about former successful ministries at the church and went down to the historical society to research the chronological significance of our building. I discovered that our Fellowship Hall was the first church structure built in La Jolla. I often reference those who came before us, tying their story into ours and challenging our people to build upon our spiritual historicity. This has paid tremendous dividends in gathering people around our current calling and vision.

I paid special attention to anything I could find that spoke to the visions and purposes of those congregations who had come before us, believing that they had something to say to us today. For example, when I felt led to launch a weekly prayer gathering, I spoke of the World Day Of Prayer our fellowship hosted in 1932. What I have discovered is that tying our “now” to our “then” gives our longstanding members a sense of security while motivating our newcomers to be part of something significant.

A mentor of mine was once a pastor in traditional New England. Coming from easy going California, he had a lot to learn. In preparation for his new position, he interviewed the outgoing Sr. Pastor of the longest standing church in the area. The old pastor told him one thing, “Move the piano slowly.”

Apparently, years earlier, he had decided on his first Sunday morning to move the piano to face the congregation rather than the way it had been positioned for decades. On Monday morning an elder met him at the front door and informed him that nothing regarding the decorum could be changed without out a meeting and vote of the Elder board. His decision to rearrange the piano was voted down at the next board meeting.

For the next eight years of his tenure this pastor bumped the piano with his hip each time he passed it on stage. Slowly and unbeknownst to the congregation, he nudged it into his desired position. Today it would take a vote to move it back or another 8 years.

One of the common errors of the modern church in the West is the inability to allow anything to change slowly through process and evolution. We want quick action and rapid success and we often pay the price of organizational discontent. Is this always the way of God? Granted, glaciers move slowly, but they don’t explode and rarely kill anyone. And they’ll never be pushed back.

Navigating the minefield of faith-based organizational culture shift can put you in the Hurt Locker of emotional chaos. In order to defuse the emotionally charged turmoil that is a product of most all change it will take patience, nerves of steel and a soft touch. The key is remembering that people are more important than the product you desire to produce. The question is, are we willing to be as gentle in fostering change as God is with us?

Discipleship |Leadership
What Sanctification Looks Like
The Bible’s diverse narratives help us disciple those entrusted to our care.
Leopoldo Sánchez
expand
Give Today
Christianity Today strengthens the church by richly communicating the breadth of the true, good, and beautiful gospel.
Learn more
© 2021 Christianity Today - a 501(c)(3) nonprofit organization.