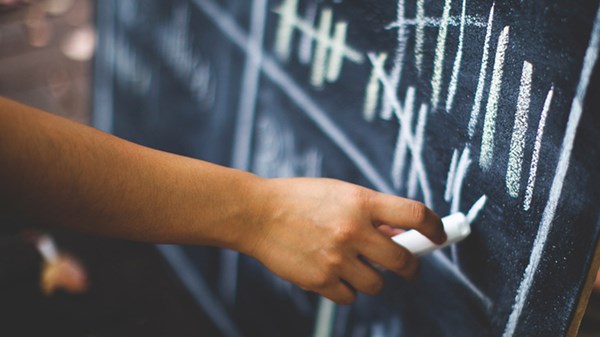 But when it comes to other pursuits, sometimes we’re not quite sure. The measuring of ministry results is one such activity. It continues to spark confusion and disagreement. Is it biblical? Or is it carnal, worldly?

Detractors will point out that God cares about people, not numbers. A focus on counting can lead to pride and self-dependence. And what about David’s great sin of ordering a census? We’ve all experienced how setting numerical goals or tallying up numbers in ministry can make it all feel a little business-y rather than like a work of the Spirit. It also feels out of sync with the nature of our ultimate, which are spiritual and internal. We long to see lives transformed from the inside out. How do you measure that? Measurements deal with the visible and tangible. But it’s the invisible that has greater significance. How can you put a yardstick up against faith, hope, and love?

All good points. But before you dismiss any attempts to measure ministry success, hear me out. Here are five reasons I believe quantitative appraisal in ministry is both strategic and biblical.

1. There’s a lot of counting in the Bible.

God is not anti-numbers (the Bible even has a book called “Numbers”!) We find throughout the Old Testament the counting and measuring of all sorts of things: days of Creation, years of lives, censuses of tribes and troops, and exact specifications for the tabernacle and temples. Some people might have an aversion to anything numerical, but God doesn’t seem to.

What about actually measuring God-given tasks? Just one example: in Exodus 35:4-9 God commands the people of Israel to make freewill donations of gold, silver, and valuable materials for the construction of the tabernacle. Then in 38:24-31 we get a glimpse of the people’s overwhelming response: a detailed tally of all the materials contributed. A vague report of, “Praise the Lord, he provided enough for the project,” would have been the same.

The New Testament is also full of measurements. The hairs of our heads are numbered! (Matt. 10:30). Jesus cites numbers in the parable of the talents (Matt 25:14-30) and of the minas (Luke 19:11-27). In the first miraculous feeding, all four Gospels explicitly mention the number of people, loaves, fish, and leftover baskets. When Paul needs writes about the reality of the Resurrection, he records how Jesus appeared to more than 500 at one time (1 Cor. 15:6).

But what about actually gauging ministry progress, the number of people reached, that sort of thing? That’s exactly what we find throughout the book of Acts. Repeatedly we’re given numbers for Baptisms (Acts 2:41) and new believers (Acts 4:4).

In the book of Revelation John shows concern for the number of people saved (5:9-10 and 7:1-10). In Revelation 7:9 we’re told that about “a great multitude that no one could number, from every nation, from all tribes and peoples and languages.” The number of God’s redeemed is impossible to count. It’s as if he’s saying, we’d like to somehow count them all, but the work of the harvest has simply been too successful!

Whenever the subject of measuring in ministry comes up, David’s sin of ordering of the census is mentioned. Wasn’t that his terrible sin? What a perplexing story we find near the end of King David’s life in 2 Samuel 24 (and its parallel account in 1 Chronicles 21). Whatever it was that David did, it resulted in God’s judgment and the deaths of 70,000 men. It also resulted in the acquiring of the land the Temple was later built upon (and precisely where Abraham was spared from sacrificing Isaac). This is a wonderful lesson about how God can accomplish his goals, even in spite of his servant’s sin.

The counting of troops was not inherently sinful. In Numbers 1 the Lord directed Moses to count all the fighting men. And at the beginning of David’s reign all the troops available to him were evidently counted (1 Chron. 12:23-37). So what was David’s sin in this instance? Whatever it was, it was immediately clear to Joab, who strenuously objected, though he was overruled. And David himself was convicted of the offence in his conscience right after receiving the report, even before the judgment was pronounced through the prophet Gad.

Joab must have sensed that David was moving beyond a reliance on God to relying on human capacity and strength. There was pride. There was also probably ambition beyond the Lord’s mandate, perhaps he was even contemplating empire in the ways of the Near Eastern despots. Some also note that 1 Chronicles 21:6 seems to imply that David was planning to deploy even the Levites into battle, which was a violation of the Law. Whatever it was, he was disregarding God’s faithfulness and leading with a secular mentality. His heart was off.

If this were the only story in the Bible about counting, then one might surmise that counting, per se, is problematic. But it is only one example of counting among dozens. It is the only negative case, whereas the others are all positive. There are cautions for us in David’s sinful census. But dispensing with measuring God-given objectives is not the lesson to draw from this event.

3. Tracking ministry’s progress encourages the people closest to the work.

As we see in both the Old and New Testament, there are multiple instances where people tracked the success of missions they’d been given by God. That just makes sense. If something is worth doing—and what is more worth doing than the sacred commission given to us by Christ?—then it would make no sense not to care whether or not it’s being achieved. That would mean we’re careless and complacent. Only with measurement can we get a glimpse, however imperfect, of the progress toward attainment of a goal.

Counting is principally a tool for the benefit of those closest to fruit production. It helps them revise their strategy and tactics by aligning their efforts with what God is doing. It is a way of seeing. It is not primarily to send stats up to leadership, though that too has its place. As the workers see progress being made, they are encouraged and rejoice in working with God. Imagine: we are measuring the supernatural!

4. Measurements don’t have to be perfect to be useful.

I’ve already mentioned the tension between the invisible (what’s happening in people’s hearts) and the visible (what we are normally able to count). The qualitative versus the quantitative. As we are in the business of heart-change, how do we go about this? As Albert Einstein is rumored to have said, “Not everything that can be counted counts, and not everything that counts can be counted.” But this complexity is not a reason to give up on measurement. We oftentimes have to rely on what some call proxy measurements. For example, you want to see a changed lives but perhaps all you can count are things like baptisms or how many people are participating in fellowship and serving. Those markers will not provide an infallible picture of spiritual life, yet they good indicators of growth. Again, they are not perfect. Only God has complete knowledge of what’s really happening in people’s hearts.

The intangible areas are hugely important, and yet nearly impossible to measure. It’s good to acknowledge this difficulty. And where we can measure, we remind ourselves that we track the visible primarily as a means to assess progress in the internal and spiritual.

Despite these hurdles, here are a few suggestions for gauging such intangibles:

Ministry leaders have a sacred stewardship to give oversight, direction, and encouragement to fellow workers. And measurement gives insight into what’s working and what isn’t. An overseer needs to encourage those under his care. But how can you give affirmation to what you can’t see?

I’ve had the privilege of serving as a field director in a mission agency. In such a role you regularly see encouraging things and encounter great stories. But you also see suffering, martyrdoms, teams that break up, even immorality and marriages falling apart. But nothing causes me more joy than seeing how the Lord brings about a Harvest through our collective efforts, however inadequate and imperfect.

Measurement brings us closer to seeing things from God’s perspective. If counting ever moves us toward pride or self-reliance, then we need to repent. The glory for anything positive must always and immediately go to Christ, and not to people or organizations. But if we’re in prayer and operating in the Holy Spirit, then knowing where things are at should just make us all the more dependent on God.

I’m continually thrilled by Jesus’ promise in Matthew 24:14, “And this gospel of the kingdom will be proclaimed throughout the whole world as a testimony to all nations, and then the end will come.” Only the Father knows the precise progress toward that goal. But each of us engaged in making disciples and bringing this “gospel of the kingdom” to unreached people groups have a little piece of the harvest field to go after. Tracking and measuring how that is going in each of our respective spheres is not only a very helpful thing to do, it is the biblical thing to do as well.

Daniel Sinclair serves a missions field director and is author of A Vision of the Possible: Pioneer Church Planting in Teams (IVP).

SELF DISCLOSURE: HOW FAR SHOULD A LEADER GO?
You're told to be vulnerable--to disclose yourself honestly to those around you. But like most of us you're painfully aware that honest self-disclosure can blow up in your face.
Emory A. Griffin
Trending