In the country’s “least-Christian city,” churches have partnered with government to revolutionize schools, help the homeless, and fight sex trafficking. How did it happen? 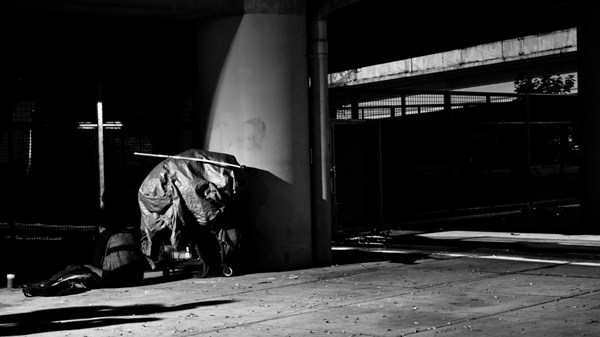 Not long ago, I was sitting at the boardroom table of the Portland, Oregon, mayor’s office. This was the office of Sam Adams, the gay mayor who made history when he was elected to the highest office of a large American city. We were there to discuss church-city partnerships.

We had just come from spending the day at inner-city Roosevelt High School. The school’s campus had been transformed through its partnership with a large suburban church. The partnership included food, clothing, mentoring, sports, and beautification programs. As of today, there are 250 such church-school partnerships all around the city of Portland. Some churches even have offices inside public school buildings. Infiltration, intrusion, incarnation—call it what you will.

But that is just the beginning. The churches of Portland have linked arms with their city to affect change in the realms of homelessness, human trafficking, hunger, and healthcare. Churches have also become a sort of assisting superintendent of the Portland foster care system, remodeling DHS offices, providing supplies and training and signing up their parishioners in record numbers all through a church initiative called Embrace Oregon.

As I sat at that meeting, I marveled again over how such a partnership was possible. How did these Portland churches manage to vault over the church-state divide?

I marveled again over how such a partnership was possible. How did these Portland churches manage to vault over the church-state divide?

Around the boardroom table sat evangelical leaders like Kevin Palau, of the Palau Evangelistic Association, prominent members of Portland’s government, and philanthropist emissaries from all around North America who had come to witness stories like the one at Roosevelt High School.

How could this happen here?

After 45 minutes of monologues about the many programs in Portland, the floor was opened for questions. At first the visitors were silent. Then a finely dressed man from South Carolina cleared his throat.

“How has this happened?” he asked. He paused, looking for a polite way to express his confusion. “How could these things happen in a city like this?”

His question made perfect sense. We were at the epicenter of America’s “least-Christian city,” and he was from one of the most-Christian regions of the country.

How is it possible in a place like this?

Kevin Palau commended the South Carolinian for his question and looked to the mayoral staff for an answer. They spoke for some time about the unique generosity of Portland’s government as the basis for this unprecedented partnership. They spoke of the historical openness, egalitarian freedom, and “liberal-spirit” of Oregon as the foundation for such activism.

Then Kevin looked at me. “Tony, as a member of the church in Portland, I wonder if you could address this man’s question.”

I looked around the table and said something like this:

“There is no single factor that causes a beautiful partnership like the one we are nurturing here in Portland. But there is one important reality we shouldn’t overlook: the opportunity provided by Post-Christendom.”

You can just imagine the confused looks all around the table, on the faces of the religious and secular alike.

“Portland is a post-Christian city, one of the first that North America has ever known. This is a sociological term. It means Christians make up a minority population in the city. And a minority culture is by definition non-threatening.

But here today, Christians are a minority group. So the historical anxiety that most cities experience around issues of church and state is evaporating, and it is having a profound impact on both the Portland church and the Portland government. The church here can no longer define the terms of engagement, she can no longer claim to have it “figured out,” and she is realizing she might just need help from some new friends. The government has realized that the church is not a threat (even in a city as liberal as Portland) and so there is significantly less risk in partnering to solve our shared concerns, even if that help comes from Christians.”

The meeting ended soon after and there were handshakes and well wishes all around.

As I walked through the wide City Hall doors and into the colonnade, the man from South Carolina grabbed my arm, “Can I ask you something? Are you saying that the only hope we have in my town, to get into the schools and to partner with the city, is to wait for our town to become post-Christian?”

“No,” I answered, “what I was saying was not prescription for any other city. It was an attempt to explain my own. But we don’t need to be so afraid of post-Christendom. God is eternally creative and there are opportunities for engagement. We just need to have the courage to join God’s creative imagination.

“It would be a mistake for you to just wait for post-Christendom to come to your town—and you wouldn’t want that anyway. But it may be good for you to think more about relieving the anxiety between the church and your city. Being in the minority is only one cure for anxiety. You must find another.”

“Well, that is for you to discover, but here are a couple of thoughts to get the wheels turning. Anxiety in any system or in any relationship is quickly curbed by acts of shocking humility or generosity. Is there a way you could shock your city? What if the churches took out a full-page advertisement in the paper, asking for forgiveness for historical arrogance (or whatever you as a church wish to confess) and commit to support the city afresh? Even better, what if the churches contributed one month’s tithe, across the board, to cure one problem in your city?

“I am just brainstorming here, but now you get to take what you have seen here, go home and do the real work of prophetic imagination.

“I hope you get into the schools. And then I hope the churches in your town find a way to transform issues of homelessness, incarceration, orphans, widows, foster kids, healthcare, immigrants, the elderly, and whatever else you can imagine.”

What about your context? What are some ways you might alleviate anxiety between your church and community? It might take some creativity and hard work. Erasing suspicion and building trust always does. But trust me, the partnerships that develop will be more than worth it.

Tony Kriz is a writer and church leader from Portland, Oregon, and Author in Residence at Warner Pacific College.