How a temporary role connected me to the heart of the pastoral calling.
Steve L. Woodworth 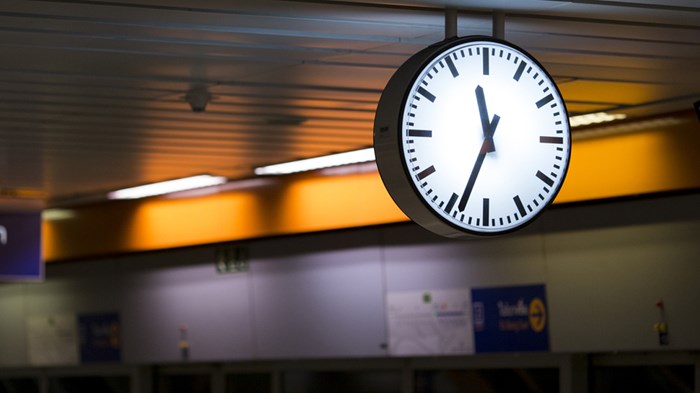 The alarm would wake me from a fitful night of sleep on the couch. I slept there frequently on Saturday nights so I wouldn't wake my family in the early morning when I left. In a few hours they would be worshiping at another church while I took my post in the pulpit of a church searching for a permanent pastor. I was serving as “the interim.”

The interim pastor plays a pivotal role in the life of a congregation. As the word suggests, interim pastors are called to provide leadership during the time of transition, the interval, the gap, the in-between, the time that extends from the departure of one leader until the arrival of another. By definition an interim’s calling is short-term and intentionally temporary. While there are exceptions, most interims enter their role fully aware that their time of influence will be short-lived.

While some sense a call to spend their entire ministry as an interim, I was not one of them. My offer to assist a church as an interim, as it often does, came suddenly and amidst controversy. There had been allegations of a moral failure on the part of the previous pastor. When an investigation was conducted, the pastor surrendered his credentials of ordination and refused to travel the long road of repentance and redemption offered by his peers. The flock needed a shepherd and I offered to help. A weekend of pulpit supply became two, and then three. Finally, at the end of a long wooden table over lunch I was asked by a weary group of men and women to be their interim pastor. Of course they emphasized that I was “just the interim.”

That phrase, “just the interim,” was repeated throughout my stint as the church’s provisional leader. Sometimes it was like a balm for my weary mind, a gentle reminder that this season in life was not permanent. At other times it served as a guardrail, an important cue that kept my vision and plans in check, quietly reminding me that this was not ultimately my church. Usually it was used with the best of intentions. People wanted to remind me that my status as an interim provided me with a unique kind of leadership latitude; a freedom that afforded me the ability to minister in ways unique from the pastor before me, or the one to come. In many ways, I agreed. Indeed, amidst the litany of difficult decisions many interims are forced to make, the title of “interim” offers some protection from fears about job security.

Challenges of the role

My first Sunday behind the pulpit turned out to be the last Sunday for the previous music director. Then, within a month, I needed to let the youth pastor go and the newly hired music director threatened to quit almost as soon as he began. The church leaders were divided about whether or not to keep the associate pastor, and it was soon discovered that some of the deacons were secretly attending a new fellowship started by the previous pastor just a few miles down the road. Budgets needed to be cut, but hiring was necessary. Healing needed to start but more surgery was required first. Many wanted to simply “move on,” while others were still stuck in an earlier stage of grief like anger or denial.

Such trials are not unique to the experience of an interim. Nearly all of my colleagues in ministry have similar stories to tell. But facing them all as an unknown and impermanent member of the church’s leadership forced me to face these circumstances differently.

On one hand I was removed from the troubles of this church. I was not there when the issues originated, so I was not viewed as the root of the problem. This outsider status enabled me focus on forward momentum, with the work that lay ahead. The title “interim” reinforces the notion that time is ticking. It reminds the team to distinguish the important from the trivial. And yet an interim often still faces enormous challenges. In my case I needed to engage contentious issues at a time of low morale, declining attendance, and the fear of an uncertain future.

There are generally two different scenarios into which an interim is called. Both present opportunities and pitfalls. In one scenario an interim is used to navigate the transition after the long-tenure of a beloved pastor who has retired, moved on, or passed away. In these cases, the interim becomes the bridge between a nostalgic past and a foggy future. In the second scenario, an interim is called in because the previous pastor has either been removed because of a moral failing or for some other reason.

Both scenarios call on interims to engage in the paradoxical tasks of tearing down and building up, bringing together and taking apart, championing truth and dispensing grace. As such an interim is called to act as repairman and hatchet man, a hero and a villain.
To some in the community, the interim may be viewed as a white knight figure. They expect the interim to sweep in and save the kingdom from chaos and collapse. These followers will refuse to use the term “interim” and beg you to stay forever. They long for stability and equilibrium and see you as the one who can bring it. They trust you and are the first to support your decisions, regardless of how controversial they may be. They are not merely “yes men” or “yes women,” but optimistic and visionary individuals who long to put the past behind and forge a new future.

Then there are those who will silently vow to stand in opposition to you from the moment you arrived. Often their defiance stems from fact that you will always represent the removal or departure of a pastor they loved, their real pastor. Even if you have success, it will only highlight weaknesses of the previous leader and make them like you even less. Your weaknesses will cause them to pine for the glory days.

I learned valuable lessons as an interim; ones I’ve found useful beyond that specific role. My work as an interim changed my perspective on pastoral identity. It has allowed me to ponder how we might conduct our ministry differently if we all viewed ourselves as interims. Would we preach more boldly? Confront more sin? Tolerate less gossip?

I’m not saying an interim mentality delivers magical power to lead more faithfully. But my months as an interim pastor helped me see that ministry motivated by job security isn’t the kind of ministry that ushers the kingdom into this world with power.

Every pastor serves as an ambassador of Christ. We are called and commissioned to our community for a season. For some that season may be months or years. For others it may be decades. In all circumstances the call is only temporary. Ambassadors never make a permanent home of their host country. They always remain citizens of another land. Pastors tend a flock that is ultimately not their own. Though we may speak of a congregation being “our church” the people in the pews are not a possession. Our role is one of a vassal in service of the King.

Thinking like an interim empowers pastors to preach with greater boldness. At least once each week I was told, “You are able to say things that could never be said before.” The role of the preacher is to present the fullness of God’s word, so the Spirit can do his work—and confrontations with the Holy Spirit are frequently unsettling. When our proclamation is not tempered by fears by long-term considerations or job security, we are freed to proclaim the word more boldly.

If we can embrace our identity as interims, success will be defined more by faithfulness than legacy. We should be most concerned with protecting our primary charge of cooperating with the Spirit to transform the lives of parishioners. For an interim pastor, building campaigns and programing take a back seat to the essential work of serving Word and Sacrament to the hurting and the hungry.

Interims know new leaders will eventually emerge. They understand that their time of leadership will recede into the annals of a church’s story. They will have played a character in a tale whose final chapter is the wedding of Christ and his bride. Yes, all pastors are interims, bound to a place and a people for a certain amount of time, committed to the same task for decades, years, or mere months. Whatever the duration, our goal is the same—to let people see Jesus.

Steve L. Woodworth is the associate coordinator of the International Theological Education Network (ITEN) and a chaplain and professor of practical theology and ministry at Montreat College. He lives in Clarksville, Georgia.