When thousands of Muslims visited its community, one Houston church stepped in to serve.
Linda W. Perkins 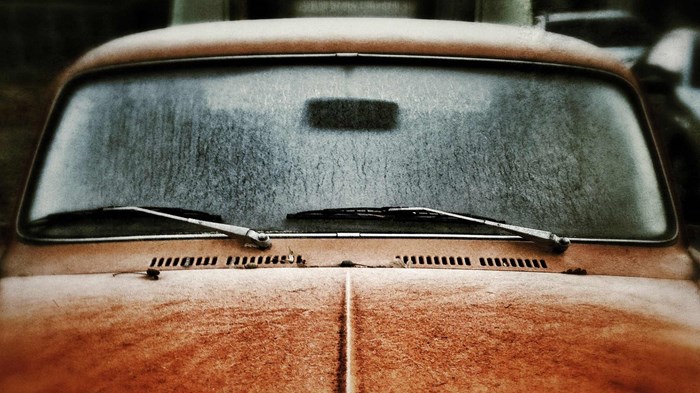 It was a hot day, even for October. As the temperature rose into the upper 80s, Rich Reaves, the youth pastor at Houston’s Lifepath Church, looked across the church parking lot at the adjacent field. On any other day, there might be a few students from the youth group kicking a soccer ball around. Today, it was filled with the cars of visitors to the mosque next door. From where he stood, Reaves could see a cloud of dust rising up from the dry land, coating the cars with a layer of brown-red dirt—and as he watched, an idea formed in his mind.

Before the day was up, he and the youth group began washing windshields.

It’s not unusual, of course, to see church youth groups doing service work—from nursing home visits to school beautification projects, local missions are a part of most every church. But what about when the mission field is a mosque? Over the past several years, some Christian preachers have issued warnings about the “dangers” of Islam, leaving many churches wondering how to approach their Muslim neighbors. Should we lock the doors out of fear? Should we evangelize? Should we simply wait for God to move?

For Lifepath, these questions are all too familiar; when they moved into the area a few years ago, they knew they were relocating to a diverse community. But after several years of living next door to a school with Turkish roots on one side and to a large mosque on the other, they decided to do something radical: meet their neighbors’ needs where they were at. And in this particular case, “where they were at” was the church’s eight-acre soccer field.

The charter school next door, with its multi-ethnic student body, was the church’s first opportunity for outreach. The field provided a place for students to meet after school, and the youth group grew because of it. As more kids started attending Lifepath, Reaves started looking for new ways for the youth to serve.

Pulling out of the parking lot one day, Reaves drove by the mosque on the other side of the church and wondered if there was a way to connect. Soon afterwards, he reached out and learned about a two-week event the mosque was hosting that was expected to bring thousands of attendees. Reaves jumped at the chance, offering up the soccer field for overflow parking. Weeks later, as visitors made their way to the mosque each morning of the event, church members greeted them and passed out bottled water. The windshield-washing was just their way of going the second mile.

Reaves, along with Lifepath Church’s Senior Pastor Elliott Scott, said that while no one in the church voiced any specific concerns about the ways in which they were befriending their Muslim neighbors, the church leadership still chose to address any potential Islamaphobia in the congregation through education. They showed a film about Islam by a former Muslim and also took church members to the mosque for tours.

“Some of the students were a little nervous at first,” Reaves said. “But any hesitancy wasn’t about them being Muslim, but more about the fear of the unknown. We just focused on what we could learn from them.”

Scott said the only pushback they received on their efforts was an anonymous call from someone living in the area who viewed the large number of mosque visitors as a threat.

“That’s not the New Testament I read, not the Jesus I follow . . . to be afraid of our enemies,” Scott said. “And you know, these folks haven’t done anything to me to deserve the name ‘enemy,’ either.”

Reaves explained that while some Christians may have a fear of Muslims, it often works the other way around as well—something for congregations to keep in mind in their outreach efforts. As an example, he referenced the imposing black iron fence surrounding the mosque next to Lifepath.

“The reason they have a fence around their compound isn’t because we should be afraid of them, but because they’re afraid of us,” Reaves said.

Scott said that the church’s decision to reach out to the Muslims in their community is motivated by Jesus’ commandment to love one’s neighbor, not necessarily by evangelism. Pointing to the story of the Good Samaritan, he emphasizes that the man chooses to help the victim without regard to their cultural and religious differences. The fact that Samaritans were despised and often mistreated by the Jewish people of Jesus’ day didn’t stop him from helping someone who could easily have been considered his “enemy.”

The two Lifepath pastors said that throughout their experience, various other Bible passages have come to mind as well. The image of Jesus washing his disciples’ feet, for instance, inspired the washing of the windshields, and on one of the evenings, a pre-teen Egyptian boy who found himself at Lifepath looking for his parents reminded Reaves of the boy Jesus being left behind at the temple. “The way they traveled together, you could see how it could happen,” Reaves said, adding that they were able to locate the boy’s family and reunite them that same night.

The love that Lifepath has shown to its Muslim neighbors has come back to the church from the other direction, too. Reaves echoed Scott’s sentiments about how he has been treated by both the mosque members and visitors alike: “I was humbled by how much respect they were giving me,” he said.

Today, Lifepath continues to share a parking lot and a soccer field with its two neighbors. And whomever they come in contact with, whatever religious background they have, they offer the same gift they always have—the Good Samaritan’s open hand.

END_OF_DOCUMENT_TOKEN_TO_BE_REPLACED
Already a subscriber? Log in
Read These Next