Scott Sauls on why leaders wander—and how churches can help them stay on the path. 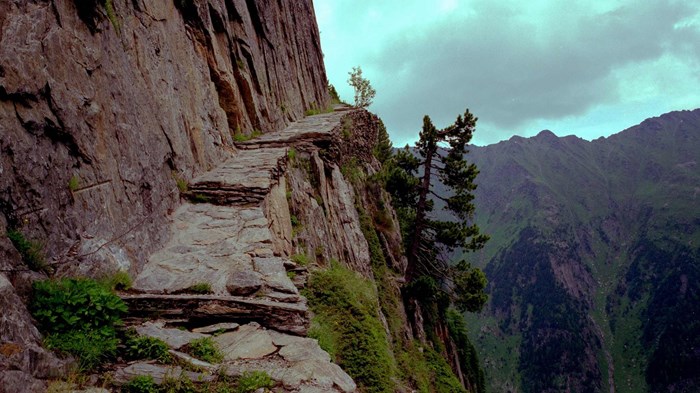 Fallen pastors and the inherent danger of celebrity evangelicalism have been ongoing topics of discussion among evangelicals. Recently, Scott Sauls, senior pastor of Christ Presbyterian Church in Nashville, wrote a widely shared post on the subject entitled "Thoughts on the Rise and Fall of Pastors,” in which he discussed his own vulnerabilities and the need for churches to resource their leaders. We asked Scott to share some more of his reflections on fallen pastors and the redemptive communities upon which they depend.

What prompted you to write about the issue of fallen evangelical pastors?

I wrote because of a phone call I received, and then multiple news stories that followed, about my longtime friend Darrin Patrick losing his ministry due to a pattern of moral compromise. Darrin is the latest in a long string of pastor friends of mine who have either left the faith or disqualified themselves from ministry.

My impulse when this sort of thing happens is to go into immediate self-reflection. If I'm honest, sometimes I wonder how God has kept me in ministry for as long as he has—though, by God's grace, I have not engaged in behaviors that would disqualify someone from ministry, it is not because I am in any way superior to those who have. I know my own frailty and fickleness enough to know that, given the right set of circumstances, I could be next.

I see myself in Peter as he denies Jesus in his cowardice. I see myself in David as he succumbs to temptation after isolating himself. I see myself in Judas as I betray Jesus even as I kiss him. Even on my best days, I feel inside that I am more like these men than I am like Jesus. Like them, I'm prone to wander and to leave the God I love. So I ask myself, "Why was it Darrin instead of me?"

Do you think church members understand their pastors’ “frailty”?

In some cases, yes; in other cases, no. I don't think that most people know that, due to the unique pressures of ministry, pastors are more prone toward anxiety and depression than most other people. According to a study conducted by Thom Rainer, on average people expect their pastors to put in about 114 hours of ministry per week. That's crazy.

I also think it's easy to put pastors and other public figures on a pedestal. But when people do this, they turn pastors and public figures into objects instead of subjects, personas instead of persons, celebrities instead of neighbors, untouchable heroes instead of the frail image-bearers that we actually are. This tends to widen the community gap between congregants and their pastors, which in turn isolates pastors significantly. This can be especially true in larger churches.

Hearing sermons every week, people start to feel that they know their pastor. But when self-disclosure doesn't go both ways, it leaves pastors in the dreaded situation of having fans instead of friends. It's not good to be alone. If being isolated in Paradise was considered a bad thing, how much worse is it in a fallen world?

What are some rhythms pastors in their local churches can get into that would serve as guardrails against isolation?

Churches must allow their pastors to step off their pedestals, and pastors must be equally willing (and eager) to do so. The more people can humanize their pastors, and the more pastors can allow themselves to be humanized, the less vulnerable pastors will be to feeling like they need to be heroes. God has called no person, including the pastor, to be awesome. Rather, he has called each of us to be loved, forgiven, humble and humbled, faithful and free. We should all leave the “being awesome” part to Jesus.

This happens best, if not exclusively, in the context of transparent community. Churches should insist that their pastors live in community with them, and pastors should be wildly grateful for and responsive to such a gesture. Pastors and church staff and other leaders should most certainly live in community with each other. It's also not a bad idea for pastors and their spouses to be part of a small group. Critique and accountability should freely flow up the org chart as well as down. Don't put yourself above critique. Don't punish people for calling you out. Otherwise, eventually you're sunk.

We're in a tumultuous political season, which can sometimes be tricky for pastors to navigate without stirring up controversy. What advice would you give for pastoring people through the next few months?

If you find yourself feeling more at home with people who share your politics but not your faith than you do with people who share your faith but not your politics, there are probably some things you need to start repenting for. Jesus cares deeply about the kingdoms of this world and aims to redeem, restore, and renew them through government and other means. And yet, while his kingdom may be in this world, his kingdom is not and never has been of—nor a product of—this world.

It’s significant that two of Jesus' 12 disciples were Simon, an anti-government zealot, and Matthew, a government employee. We have no indication that either of these brothers departed from their political "parties," but under Jesus they did not behave in partisan ways toward each other. Did you know that of all four gospel writers, it is only Matthew who highlights the fact that Simon was a zealot and he, Matthew, was a tax collector? There's something significant in there for us to learn from.

Scott Sauls is senior pastor of Christ Presbyterian Church in Nashville, Tennessee and author of Jesus Outside the Linesand Befriend: Create Belonging in an Age of Judgment, Isolation and Fear (releases October 2016).

The Self-Aware Leader
Or, "why a personality disorder should never manage a neurotic."
John Ortberg
Trending