…and other strategies for becoming a Pastor Theologian.
Gerald Hiestand and Todd Wilson 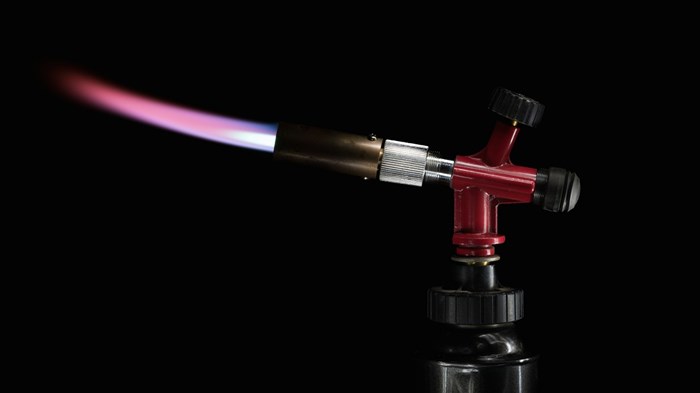 It’s hard to be an ecclesial theologian in a local church. That’s not whining; that’s reality.

Despite the challenges, however, it is possible to be an ecclesial theologian. But to do so requires thoughtfulness and intentionality; it won’t just happen. In fact, pastors in pursuit of this calling need to adopt a few well-conceived strategies and take some bold and creative steps to see it happen. Here are a few of the strategies we recommend.

When Todd was completing his doctoral studies and preparing to take up a pastorate, he got to chatting with one of his mentoring professors who expressed some doubt about Todd’s ability to maintain a research profile as a pastor. Todd, admittedly rather naively at the time, pushed back on the suggestion, to which the professor, not interested in debating the point, simply gave this piece of blunt advice: “Well, then, you’ll need to guard your study time with a blowtorch.”

Guarding your study time with a blowtorch may sound selfish, and admittedly it can degenerate into that. But for an ecclesial theologian, it can also be a means of survival, a way of staying true to what you believe the Lord has called you to do for the good of his church. John Stott would go to the Hookses, a study retreat on the coast of Wales, for a week or more to give himself space from the demands of pastoring to devote himself to study and writing.

The lifeblood of a pastor, whether your congregation realizes it or not, is a steady diet of rich theology, prayer, and Bible reading. So stop feeling guilty about spending an hour on some Tuesday afternoon digesting Calvin’s Institutes or Athanasius’s On the Incarnation or Augustine’s On the Trinity. Theological study isn’t something a pastor fits into his schedule when he’s completed his pastoral duties; it is part and parcel of his pastoral duty.

Generally, the work of an ecclesial theologian requires large blocks of undistracted times. We’ve found that setting aside the morning hours works best for us. The advantage of prioritizing our study time in the morning (instead of the afternoon) is that we can start as early as we want, and we tend to have a head that is less cluttered by the day’s events. Peter Leithart was once asked how he managed to be such a prolific writer. He shrugged and said, “I get up at 4:30 a.m.” That’ll do it.

The lifeblood of a pastor, whether your congregation realizes it or not, is a steady diet of rich theology, prayer, and Bible reading.

Read those theologians whose writings have shaped the church’s knowledge of and love for God: theologians like Augustine and Basil, Calvin and Luther, Wesley and Edwards, Bonhoeffer and Barth. Pastor theologian and missiologist Lesslie Newbigin advised pastors to always be working on one “big book”—a substantive, thought-provoking piece of theology. Todd took this advice to heart several years ago and began reading Jonathan Edwards’s masterwork on Christian spirituality, Religious Affections. As part of his morning routine, Todd would read a dozen pages of Edwards, lingering over his observations, pondering his insights. He continued this for several years, working his way through the book, cover to cover, half a dozen times.

Refer to the Place Where You Work as “Your Study”

Never refer to your study as an “office.” If you call your study an office, people in your church will have a certain set of expectations regarding what you do during the day. Offices are where people make phone calls and type emails and have meetings. But if you refer to the place where you work as your study, your congregants will come to have a different set of expectations—more in line with the sort of work done by an ecclesial theologian.

You may find it helpful to work in two different locations. We’ve found it useful to have one space in which to study and another for more administrative duties. Todd generally studies in an attic study at home, and Gerald in a basement study at the church. It is important to have our primary study space away from the traffic, making it easier to focus on work.

Build Study-and-Writing Leave into Your Schedule

At our church, each full-time ministry staff person gets one study week a year and is encouraged to take it. A dedicated week, focused exclusively on a reading or writing project, allows one to make more gains in one week than is possible in four or five one-day units. The continuity of thought and the space to brood without distraction are precious commodities. Typically, most pastors have a bit of a downtime in the calendar year when things aren’t quite as busy. Schedule your study time around such times.

If you manage your own schedule, then you have no excuses. For those who aren’t in control of their calendar, or who can’t write into their contract an extra week of study, we encourage you to make a case to your board or supervisor. Draft a short letter requesting the writing leave, and explain how such leave will benefit your ministry and your personal health. Along the same lines, begin making noise early on about a sabbatical. Many churches will embrace a sabbatical policy, especially if you ask far enough in advance.

Gerald Hiestand is the Senior Associate Pastor of Calvary Memorial Church in Oak Park, Illinois and the Executive Director and co-founder of The Center for Pastor Theologians.

Todd A. Wilson is the Senior Pastor of Calvary Memorial Church in Oak Park, Illinois and the chairman and co-founder of the Center for Pastor Theologians.

This article has been adapted from The Pastor Theologian: Resurrecting An Ancient Vision by Gerald Hiestand and Todd Wilson (Zondervan, 2015). Recently at PreachingToday.com, Gerald Hiestand also answered the question, “Should a Pastor Get a PhD?”