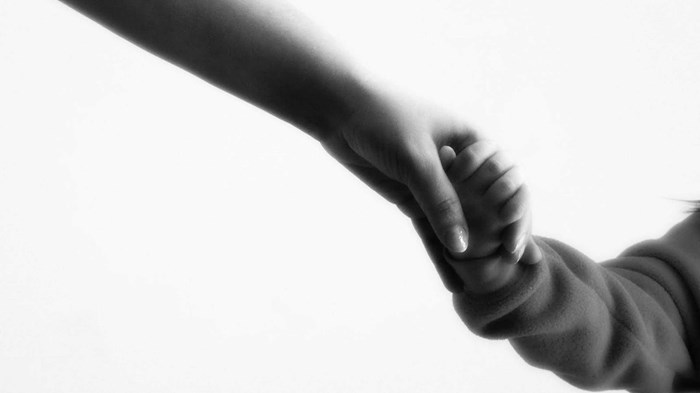 Dr. Martin Luther King, Jr. once famously noted that “the most segregated hour of Christian America is eleven o'clock on Sunday morning.” Nearly 50 years later, a study by Michael Emerson, a Rice University sociologist, backed up King’s assertion, finding that only 8 percent of all Christian congregations in the United States are racially mixed to a significant degree. While many communities, churches, and pastors struggle to grapple with racial divides, some are actively working to bridge them.

Dr. Edwin Young of Second Baptist Church and Bishop James Dixon III of Community of Faith Church are two such pastors. Together, Young and Dixon recently locked arms to form a non-profit called Loving Kids, which, according to their website, is “aimed at dramatically impacting the lives of children and families for years to come” by providing “an opportunity for Houstonians to lend a helping hand to schools throughout the city.”

The two pastors look different on the outside: Young is white, 80 years old, and the pastor of a relatively wealthy multi-site church with as many as 72,000 members, while Dixon is middle aged, African American, and leads a 3,000-member church in the poverty-stricken neighborhood of Acres Homes. Underneath, however, their hearts beat with the same goal: to break through the “imagined barrier” between their congregations and reflect unity among believers.

“The prayer of Jesus was ‘God, make them one,’ and his prayer is still being answered,” said Young. “In a time like this, it is so important to see that America may be divided, but the church is not. The survival of America depends on the church being the body of Christ.”

A Fight for an Open Door

For Young, dealing with racial divisions is nothing new. He began his preaching career at First Baptist Church of Charleston, South Carolina, where the declaration of secession that began the Civil War was signed. He tells the story of how, in his first week of leadership there, he was confronted with the issue of African Americans being turned away at the door. It was a turning point for the church.

“I met with the deacons and made it clear: if I was going to be there, the church—not just the services, but also its membership—was going to be open to everyone,” he said. With the sitting South Carolina governor on the board of deacons, it was a risky proposition, but Young called for a vote. By a narrow margin, he won his appeal for an open-door policy.

More than half a century later, Young will proudly proclaim that there is no room for racism at Second Baptist, either, citing a level of diversity in the church that is rare even by today’s standards. “I never think about race,” he said. “I preach the gospel and believe the gospel. We are a family of faith. The diversity is just a by-product of living it out.”

Dixon agrees with Young, saying that serving the community is a key aspect of living out the gospel and coming together as the body of Christ. “The love of God is expressed through human compassion,” Dixon said. “Preaching about it is important, but the practicing of it is what makes the difference.”

This love is what is bringing the two pastors together in Loving Kids, a joint effort to address poverty and crime in Acres Homes. Young describes Houston as city divided between haves and have-nots. “Everyone sees it,” said Young, “but doesn’t want to do anything about it.”

Dixon has been trying to do something about the problems facing his community for a long time, but compares his efforts to making brick without straw or the disciples trying to feed the multitudes with five loaves and a fish. “It is impossible for a community-based church to transform an area by itself,” Dixon said. “Dr. Young has helped provide a model. Together, we can do so much more than what we could do alone.”

Serving Where the Pain Is

Since the inception of Loving Kids, the two churches have grown their volunteer force to over a thousand, generating support from the mayor’s office and local businesses. Their goal is to drive out gangs and drugs by working with the local elementary schools, offering tutoring and children’s programs, and providing training and support for young single mothers and high school dropouts.

“Community of Faith is a large church in a community with so many needs. They stay busy putting out fires, but they don’t have enough firepower,” said Young. “We just went in and asked where the biggest pain was. The answer was ‘single parents.’ That’s where the pain is. If you solve the problems of single parents, you solve the problems of the world.”

Asked if, given the national racial climate, African American community members are suspicious of white people coming into the community, Dixon and Young both say it’s never been an issue for one key reason: love.

“Love has no color. When authentic love comes along, it is quickly discerned,” said Dixon. “The character of a person has nothing to do with the color of their skin. Our church was founded by a slave, but what we’ve become is because of Jesus.”

Young said that he’d like to see more Christians being willing to put love into action. “Love is not a feeling, it’s doing. You have to prove that love,” he said, explaining that reaching out—whether it be to the community or to other churches—takes effort and investment.

And working together across a racial divide? Both Young and Dixon agree that the secret is getting past the differences and simply getting to know one another. “Once we break that barrier, we discover we have so many things in common,” Dixon said.

Young says that the steps in doing so have been simple and practical. “It’s relationship-building 101,” he said. “You pick up the phone, or have a cup of coffee. Healing that divide is just one phone call away.”

Discipleship |Preaching
Incarnate Preaching
It's not just living your words, it's knowing the lives of those you're speaking to.
Gordon MacDonald
Trending