Unshackle yourself from the tyranny of the past and future.
John Koessler 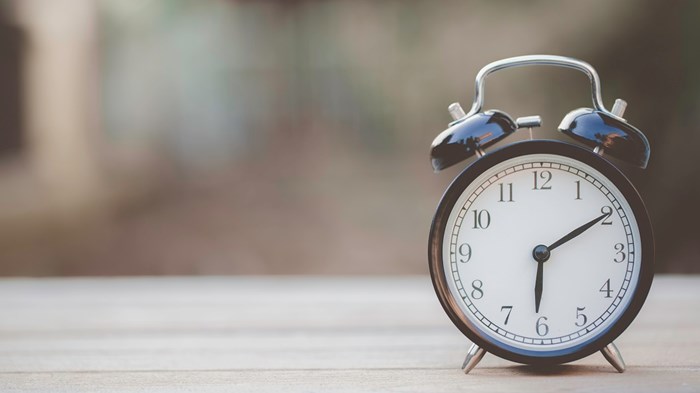 I’ve reached that stage in my ministry when it feels like I have more time behind me than in front. I know this isn’t really true. I realize I am wending my way toward eternity where I will serve God perfectly and without distraction. But for now I seem to be running out of road, and I wonder why I was in such a hurry to get here in the first place. Like most leaders, my interests and aspirations have skewed toward the future. I have prayed for it, planned for it, and expended most of my ministry effort trying to put it into effect.

In the process, I have learned an important lesson: the future never really arrives. The days marked on the calendar eventually arrive. The plans I make come to fruition (or else fail). Yet as far as my experience goes, I remain firmly rooted in the present. What is the future but the now we have not yet come to know? Likewise the past is merely a succession of presents we have left behind.

“I have been scattered in times I do not understand,” St. Augustine complained. He saw his life distended in many directions at once. “My thoughts—the very inmost bowels of my soul—are torn to pieces in tumultuous vicissitudes, until that day when, purged and made liquid by the fire of your love, I will flow into you.” Like his, my mind is also scattered in time so that it ranges far beyond the present. At one moment it peers intently into the past, hoping for the mists to clear, longing to catch a glimpse of a present that has disappeared from view. In the next it skips far ahead, aiming to scout out the future and stake a certain claim. Unfortunately, what is often lost to me in this is beauty and value of the present. I am here in body but not in mind. I am only half-hearted in my attention and sometimes my service.

To the one whose interest is chiefly on the future, the present is only a way station. Its primary function is to serve as a staging ground for what comes next. For those who focus on the past (often the perspective of the congregation), the present is a cemetery filled with monuments to glory days that will never come again. To the future oriented, the past is a drag and the present an obstacle. To those obsessed with the past, the present is a regret while the future does not come into view at all. Either way the present is where we are but not where we want to stay. The real action lies elsewhere.

I would like to propose an alternative. It is the vocational equivalent to what is sometimes called “mindfulness,” the discipline of practicing the present. It is a habit of slowing down and making ourselves aware of what is going on in the moment.

Some Christians are uncomfortable with the discipline of mindfulness because it is also practiced in some non-Christian traditions like Buddhism. Its popularity in secular circles makes others suspicious that it is only a cultural fad. Yet practicing the present has Christian roots. Jesus warned his disciples: “Therefore do not worry about tomorrow, for tomorrow will worry about itself. Each day has enough trouble of its own” (Luke 12:27). He taught us to ask the Father for our “daily bread” (Matt. 6:11). Jesus does not mean that we should ignore the future. But he warns of the danger of being consumed with it. James has similar advice: “Now listen, you who say, ‘Today or tomorrow we will go to this or that city, spend a year there, carry on business and make money. Why, you do not even know what will happen tomorrow. What is your life? You are a mist that appears for a little while and then vanishes” (James 4:13–14).

Archbishop Anthony Bloom describes a kind of mindfulness when he urges beginners at prayer to establish themselves in the present. Bloom explains,

Like the dim outlines of the ruin from an ancient civilization, [the past] points us to a golden age now gone.

You sit down and say, “I am seated, I am doing nothing, I will do nothing for five minutes,” and then relax, and continually throughout this time (one or two minutes is the most you will be able to endure to begin with) realize, “I am here in the presence of God, in my own presence and in the presence of all the furniture that is around me, just still, moving nowhere.”

This is an act in which we concentrate our attention both on the moment and on our immediate surroundings. We become aware of our senses. But more than that, we remind ourselves of the reality of God’s immediacy and his presence.

Take stock of your present ministry.

Vocational mindfulness tries to do the same within the context of ministry. It is the habit of reining in my wandering mind and concentrating its attention on the present. This means first of all taking stock of things as they really are. What is the real landscape of my ministry? What does the church really look like? We do this all the time. But when we practice vocational mindfulness we suspend judgment. With Paul, we refuse to judge ourselves (1 Cor. 4:3). When we are tempted to draw conclusions about what we see, we remind ourselves that our location in the present does not give us enough perspective to accurately weigh what we have done. When the Lord comes, “He will bring to light what is hidden in darkness and will expose the motives of men’s hearts. At that time each will receive his praise from God” (1 Cor. 4:5).

View past and future with sanctified skepticism.

Vocational mindfulness does not ignore the future or the past. But it does view them with a measure of sanctified skepticism. Both can be an unhealthy refuge for those who are disappointed with their present. Dwelling inordinately on the future or the past produces a state of denial. We avoid the present because we are disappointed with things as they are. We would rather run ahead to the future, which is the realm of our dreams and our ideal church. Or we prefer to take refuge in the past, so our work in the present becomes a monument to an earlier time. Like the dim outlines of the ruin from an ancient civilization, it points us to a golden age now gone: Those were better times with better leaders. God was more present then. The fellowship was sweeter. Or maybe it was the opposite. Perhaps they were the worst of times, days that called for feats of heroism the likes of which will never be seen again. Either way the drab present cannot compete. It always pales in comparison.

Rein in ambition and anxiety.

The practice of the present also demands that we rein in, as much as we are able, our ambition and our anxiety. Both are common to human experience and each in their own way can blind us to the reality of God’s presence. They can cause us to forget who has numbered the hairs of our head and who is really responsible for the effect of our ministry. Both can cause us to take too much responsibility for the success or the failure of what we do for Christ.

Not only is vocational mindfulness the discipline of acknowledging the present, but it is also a habit of acknowledging God’s presence. Just as Anthony Bloom urges those who pray to recognize God’s presence in the midst of the mundane features of the room, we become mindful of the reality of God’s presence in what Eugene Peterson calls the “modest, daily, assigned work” of the pastorate. “There is much that is glorious in pastoral work,” Peterson explains, “but the congregation, as such, is not glorious.” Those who practice the present note that God dwells in the midst of the muck and mire of daily congregational life. Because this is a matter of mindfulness, it is a self-reminder not a feeling. We do not have to experience a sense of God’s presence in order for it to be true. Yet once we acknowledge the reality of his presence, we are more likely to sense it.

God dwells in the midst of the muck and mire of daily congregational life.

Recognize God’s presence in your circumstances just as they are. Accept that they are “just still, moving nowhere.” The aim is not to look for a solution to our problems or to position ourselves for future success. It is, as Psalm 46:10 says, to “Be still and know that I am God.”

In his memoir Open Secrets, Richard Lischer describes his experience as pastor of a small, rural church in central Illinois. One night during his first week, the phone rang at 3 a.m. The parishioner on the other end was a man named Ed whose wife’s gallbladder had ruptured. “It ain’t good. It ain’t good at all,” he told Lischer. “We’re goin’ to have surgery in thirty, forty minutes. We need you here—if you can.”

Lischer dressed quickly in his clerical garb and rushed along back roads through the darkness to the hospital. He found Ed and his wife, Doral, waiting in a laundry alcove next to the operating room. “I wasn’t sure what was expected of me,” Lischer writes. “If there was a ritual for this sort of situation, I didn’t know it.”

At first the three just stood huddled together in fear and silence. At a loss for words of his own, Lischer turned to the familiar script of the liturgy. “The Lord be with you,” he said. “And with thy spirit,” Ed and Doral replied in unison. “Lift up your hearts,” Lischer said. “We lift them up to the Lord,” they answered.

There in the dim light of the alcove, God showed up. “The Lord assumed his rightful place as Lord of the Alcove, and the three of us wordlessly acknowledged the presence,” Lischer writes. “That night the Spirit moved like a gentle breeze among us and created something ineffable and real.”

This seems to me a perfect example of pastoral ministry in the present tense. It is a matter of acknowledging the reality of God’s presence in the rough and tumble of ordinary ministry. It is a matter of expecting God to show up, even in the fear and boredom of the hospital waiting room. It is the honest acceptance that, at least in some measure, the past is lost to us and the future is unattainable.

I do not mean that time does not exist or that it does not matter. It does. We are moving through time. Yet as we make this journey, God is moving with us. He is always with us and we are only ever in the present with him.

John Koessler serves on the faculty of the Moody Bible Institute in Chicago, Illinois. His latest book is The Radical Pursuit of Rest: Escaping the Productivity Trap (IVP Books, 2016).