We can no longer depend on methods that worked 20 years ago.
Cara Meredith 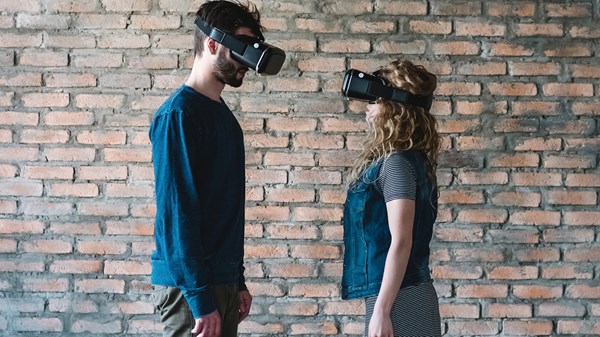 “This,” the camp speaker said, holding up a large black Bible, “is the Word of God. Now, say it with me: Word of God.” His voice dropped an octave, and he aimed his pointer fingers like pistols at 200 middle school students sitting before him, imploring us to respond.

“The Word of God!” we shouted back, voices booming in unison.

The Bible, we were told, was a manual with answers to any question we’d ever face. Equipped with the Word of God, we had nothing to doubt or fear. And we believed him, no questions asked.

That was nearly 20 years ago, when a strategy of certainty—presenting a black-and-white gospel message knowing that an audience would undoubtedly accept it as truth—still had its place. But times, as we all know, have changed. The students who sat around that campfire have grown into adults, emerging as the generation we call Millennials.

This new generation interacts with the world very differently from previous generations, and that has spilled over into how they interact with the Bible. According to a 2016 Barna report, the Bible remains the world’s most-read book, but the rise of religious skepticism has yielded numerous effects. In 2009, 45 percent of American adults read the Bible at least once a week; today that number hovers around 33 percent. The number of Americans who don’t recognize any books as sacred “has doubled in six years, from 7 percent in 2011 to 14 percent in 2016.” Barna blames “Millennials (22%) and Gen-Xers (18%), who are significantly more likely than Boomers (8%) and Elders (7%) to say none” of the various holy texts—including the Bible, the Koran, the Torah, and the Book of Mormon—qualifies ...

Discipleship |Leadership
How the Early Church Dealt with Racial and Cultural Division
They saw that their ability to truly be the church was at stake.
Rasool Berry
expand