The pastor of a new church plant writes: "The non-denominational church I started wasn't even a year old when a successful church-planter declared: 'Your church will never make it. You’re too insecure!'

"Ouch. All these years later, I still feel the sting from his words. But I feel some satisfaction now. It's now 12 years later, and the church is not only alive, it's also healthy and growing stronger every day. … He was wrong about the future of the church, but he was right that I was way too insecure."

That's just one of many dynamics at work in church planting. The articles in this Common Challenge feature the wisdom of church planters on the challenging but significant task of starting new churches. Whether you're pastoring a new church yourself or encouraging those who are, these stories will help you do it better.

What does it take to grow healthy congregations in this hostile environment?
Interview by Maina Mwaura 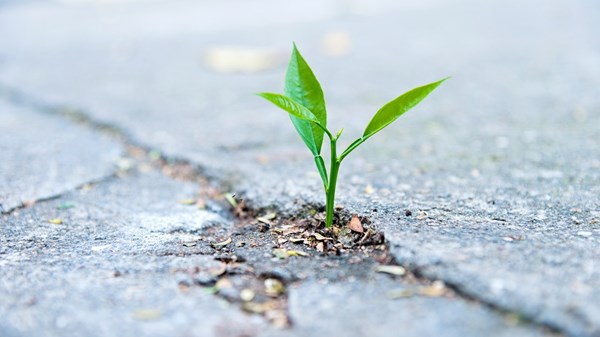 The latest Annual Church Profile report for the Southern Baptist Convention (SBC) paints a bleak picture of 2016. Membership, average weekly worship attendance, and baptisms were all down from 2015, causing Frank Page, SBC Executive Committee president and CEO to say, “Virtually everyone who sees these figures will react negatively and lament the poor state of our churches, our lack of evangelistic fervor, and our increasingly irrelevant programs. Indeed, we all should.”

Yet some see opportunity in these grim numbers. When Kevin Ezell was first elected as president of the SBC’s North American Mission Board (NAMB), which helps congregations plant new churches, he said, “I see the potential NAMB has if its energies and resources are focused in the right direction.” By planting healthy, multiplying churches to replace ingrown, dying congregations, Ezell thinks church planters have an opportunity to reverse this downward trend. Dhati Lewis, who leads NAMB’s BLVD Team, believes urban environments—a context long thought to be dry ground for church planting—are fertile soil for just this type of strategy, and he is training future planters to sink roots into their cities.

Pastor Maina Mwaura caught up with Ezell and Lewis to talk about the unique challenges of urban planting, the bittersweet reality of losing people to a new congregation, and how established churches can encourage and support people on the front lines of church planting.

More and more churches are closing every year. How can church planting address that?

Dhati, what does it take to be a successful urban church planter?

Lewis: Disciple-making. At the core of discipleship is life-on-life. The megachurch model of church growth won’t work. We can’t create something to reach everybody. So in an urban environment, where there’s density and diversity, you have to get to the core level of relationship. You have to switch from a megaphone approach to face-to-face communication. You have to speak to people’s hearts.

What are some of the challenges of planting churches in urban contexts?

Lewis: Urban environments are typically younger and full of students and entrepreneurs—I call them “entrepreneurs,” but I mean “jobless.” The median income is a lot lower, as is giving. You don’t have clear demographics because there is diversity. Those dynamics don’t bode well for someone trying to live off a church plant salary. That’s why we have to raise up more bi-vocational church planters.

Many church planters go into urban environments and immediately get a building. But the cost of living and real estate is a lot more expensive in urban areas. So to pay for the building and to pay their own salary, church planters realize they have to attract more people. So they try to put on a better show than the church across the street to get the low-hanging fruit, and they end up with church transfers. They don’t make new disciples.

The apostle Paul would go into a city, make disciples, and people would gather. Then he would appoint elders and deacons after he planted. We have it all backwards. We go in, we get our 501c3, we purchase or rent a building, we expect a full-time salary, and then we find people. That’s where we have to shift the conversation if we’re going to be effective in urban environments.

What are the first steps a pastor or seminary student should take when they’re called to church planting?

Ezell: Anyone considering church planting should have other people speak into their life to affirm that they have the appropriate gifts. We’ve had people move to a city, call us, and say, “We’re here. What should we do?” Don’t start by moving to the city. Don’t move your family; don’t sell everything. Make sure your call is affirmed by people who have been down that path.

Lewis: I’d rather a church planter say, “It wasn’t nearly as hard as they made it out to be,” than, “I was undertrained and underprepared.”

Why are so many healthy congregations not planting churches?

Lewis: When you plant churches, you usually send out your best leaders. Pastors fear losing the cream of the crop in their church. Planting forces you to allow more people into the game. It pushes you to create a leadership development pipeline. Pastors get frustrated with the consumer mentality of their members or their attendees, but the greatest way to get rid of that is to send off the leaders and to create a leadership vacuum. I’ve seen it over and over again: when people don’t see a need, they don’t feel like they have to get involved. But there’s a vacuum, people step up.

Ezell: Right. My favorite words of Acts 13:1–3—referring to the people of Antioch—are “they sent them off.” Dhati’s church is a great example of sending off the very best. It is actually called “Blueprint Church”! Losing those people takes your breath away the first Sunday or two after they leave, but eventually those gaps fill in.

Lewis: Sending people to plant a church is both scary and rewarding. Every Sunday after I send out 50 to 100 people, I wonder, Who’s going to show up today? When I see the empty seats, it’s a scary moment. I think, What did I just do? But after every church plant—we’ve planted six—I always tell the remaining people, “That empty seat next to you is where your neighbor can sit. It’s where your coworker can sit.” The Sunday after sending people out is an opportunity to cast vision, to dream, and to motivate people to do ministry where life exists.

But it’s always bittersweet. I served for 10 years with Pastor John Onwuchekwa, who planted Cornerstone Church in Atlanta. I remember going into his office after he left, and it was empty. That hurt! We had co-labored for a long time. Cornerstone has been going for about a year now, and they’re already thinking about planting their first church. Seeing that kingdom impact is rewarding.

You can never promise your church stability if you’re on mission. Mission brings instability.

That’s been a struggle in Christianity since the beginning. Paul says to the Roman church, “I desire to come to you, but I’ve been hindered.” Fast forward to Romans 15, and you discover the reason he’s been hindered is because he’s made it his aim to never preach the gospel on another man’s foundation. The tension between a community staying together and obeying God’s mission has always been there, and it will always be there.

How can a pastor get over the fear of those empty seats?

Lewis: Matthew 16:18 says, “Upon this rock I will build my church.” That’s important. It’s not your church; it’s Jesus’. God doesn’t guarantee Blueprint Church is going to remain forever. But his Church is going to remain forever. If you start operating out of self-preservation, you’re going to miss the kingdom blessing that God has given you. The opportunities we have to see the kingdom expand are well worth the risk. That doesn’t mean people should plant churches willy-nilly without being strategic. We ask our churches, “How do you create stability in the midst of instability?” You can never promise your church stability if you’re on mission. Mission brings instability.

Do you have any advice for pastors wary of church planting?

Ezell: Get involved. Every church can get involved in church planting, even if they aren’t planting churches themselves. I was in my own little bubble at the church I pastored before becoming president of NAMB. I had support staff. I had resources. And I didn’t think about the incredible young church planters out there. I should have shifted more resources to assist them. A lot of people think planters just need dollars, but they also need relationships. As a pastor, I wish I had looked for more ways to help fuel that.

The first step is to pray. We tell our churches to visit PrayforPlanters.com, where they can click on a city, a state, or a campus and learn about ways to pray for those planters. It doesn’t cost anything to do that. You can rally your church to pray for a city. Train your people to think about the needs in Boston, the needs in New York, the needs in Leitchfield, Kentucky. That’s the easiest, no-cost way to get involved.

When I go to a church and speak, I tell this story: “One day there was a group of people who gathered, they had a Bible study, and that study grew into a larger gathering, and that gathering started meeting in such-and-such location.” And as I tell the story, if I’m telling it right, their eyes get big. And I say, “That’s your story! Your church is a church plant—just a very old one. Someone was led by God to plant this church.” People forget that every church started as a plant, and that’s why we should invest in planting.

Where do you see church planting in the next five or ten years?

Lewis: We have to understand the urban environment. Sixty to seventy percent of people are living in an urban context now. We have to move from ethnic missiology to a neighbor missiology by asking, “How do I reach my neighbor, no matter what my neighbor looks like?”

And that’s not just for the urban context. Because of gentrification, the poor are relocating to the suburbs. More people are living in poverty in the suburbs and rural areas. Urbanization is coming to a town near you! No matter where you’re living, density and diversity are coming. If we don’t shift to a neighbor missiology, we’re going to be 15 to 20 years behind where we should be.

Outreach
Seven Reasons to Lead Your Church in Church Planting
Consider the calling of your church to spread the gospel.
Church Central
Trending