My life-changing diagnosis forced me to learn myself—and my ministry role—all over again.
Lamar Hardwick 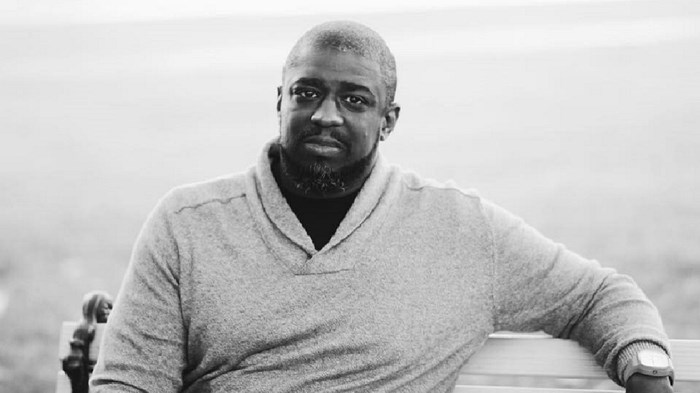 On Monday, December 22, 2014, I walked into the office of my therapist. I sat down on her couch with my wife by my side. I took a long deep breath and slowly exhaled, waiting for answers to my 36-year-long question. She grabbed her clip board, glanced over the assessments we had completed in weeks prior, looked me in the eye, and uttered three words that changed my life: “autism spectrum disorder.” While the diagnosis didn’t change who I was, it did change my understanding of who I had been. In many ways, I have spent the years since that diagnosis learning myself all over again.

I was extremely stubborn, more so than other children my age. I struggled with change. Simple shifts in schedules or environments put me on edge. I operated with a robotically calculated persona. I took almost everything literally. Teachers discovered that I had been having accidents on the playground for weeks during my lunch period because I took the instructions of teachers literally when they told us the building was “not open until the bell rings.”

In the midst of social and educational struggles, I was often characterized as weak, weird, or just plain wrong. I was bullied by peers, by teachers, and on occasion by other parents because I seemed strange, stoic, and sometimes rude or arrogant. I became afraid of people, and at the age of 14, I turned to drugs and alcohol to cope.

It felt like the entire world was sharing an inside joke that I did not understand.

In my first year of college, I decided to leave the life of drugs and alcohol behind me. A near-fatal car accident caused me to re-evaluate my lifestyle and recommit my life to Christ. As a result, I grew more and more successful in school, but I silently continued pretending to be someone that I was not created to be. It was decades before the therapist appointment in which I discovered the language to describe my life.

Adults who grow up with undiagnosed autism spectrum disorder learn how to blend in as a matter of survival. In my early adult years, I did this successfully. I learned how to mimic the behaviors, attitudes, and opinions of others so that I could have a shot at being “normal.”

Then one day, just over one year after graduating college, God called me into ministry. I was frightened but intrigued. What could God possibly do with me? I was still so socially awkward; why would God want someone like me? To be honest, I ignored God for almost a year. Surely he had the wrong Lamar. As it turns out, God knew exactly who he was calling.

I spent the next nine years trying to find my place in the church. I grew up in the church, so I knew just enough of the culture to fake it. But being a pastor required relational skills that I lacked. Pastoring is a social job, and I wasn’t all that fun or exciting to be around. Most people didn’t even know that I could talk because I was so quiet and unassuming. I tried several churches in my quest to fit in and follow my calling. Eventually I landed a role as a youth pastor at New Community Church in Lagrange, Georgia.

Youth pastoring was a perfect job for me. Most of the teenagers were as socially awkward as I was! After two years, New Community Church started to become home. I felt safe there, and I could start being myself for the first time in a long time.

I am often asked about the circumstances surrounding my autism diagnosis. What made me seek out a diagnosis at age 36? It started with a change in my leadership role at church. In 2012 my predecessor resigned, and I had to assist by taking on more responsibilities. This required me to spend more time around adults.

During the transition, I heard observations from various people in my church about their social interactions with me. My facial expressions were awkward. I looked angry and tired all the time. I walked past people without stopping to speak. I didn’t appear very social or approachable. Someone I worked with wrote in an evaluation that “Lamar has difficulty picking up on social cues in large settings.” I was defensive and angry until it dawned on me that they were saying things I had heard my entire life.

I decided that so many people saying the same things probably weren’t wrong, so I started investigating. I knew I was missing something important—I would never intentionally walk past someone without speaking—but until that point, I didn’t know there was such a thing as “social cues.” After about a year of investigating on my own by reading and watching videos, I was confident that I would be diagnosed on the autism spectrum, so I mustered up the courage to ask my wife to help me find someone to evaluate me.

When I received the news, I knew this was an opportunity to explore my faith in an entirely new way. Just one year earlier, in December of 2013, I was named the lead pastor of New Community Church. The words of Paul in 2 Corinthians 12:9 took on new life for me: “Therefore I will boast all the more gladly about my weaknesses, so that Christ’s power may rest on me.” If God knew I was autistic prior to appointing me to pastor his church, then perhaps he had a purpose for my new discovery.

If God knew I was autistic prior to appointing me to pastor his church, then perhaps he had a purpose for my new discovery.

On March 8, 2015, through a video introduction of a new sermon series, I shared with my church that just months earlier I had been diagnosed with Asperger’s syndrome, an autism spectrum disorder. In one of the most beautiful displays of love, acceptance, and community that I have ever experienced, the congregation applauded, cheered, and even shed tears. I simply exhaled. I knew I had done the right thing, and for nearly the first time in my life, I knew I was in the right place.

Now that my autism is out in the open, I can adjust my pastoral role appropriately. I still struggle with sensory processing issues and social anxiety, so I focus on the things I do well and ask for help with tasks I don’t do as well. It requires me to collaborate with my family, the congregation, the staff, and the elders of the church more closely so the mission of Christ can be accomplished. In that collaboration, I see the beauty of the body of Christ working together.

I’ve learned to pastor more effectively by managing my time and sensory resources, maximizing my prayer and sermon preparation time, and leveraging the aspects of my autism that prove to be beneficial to my pastoral ministry. Like Paul, I have learned to allow would-be weaknesses to become the platform for God’s grace to be seen through my life and ministry.

Autistic traits such as repetitive behavior, the need for precision and routine, and even the way my brain processes language have—with practice, prayer, and patience—become assets. They have helped me develop into a visionary pastor and an excellent communicator. I practice, plan, and pray with more effectiveness now because I understand how God works through what some may consider weakness.

Lamar Hardwick is lead pastor of New Community Church in Lagrange, Georgia and author of I Am Strong: The Life and Journey of an Autistic Pastor.

Discipleship |Outreach
Do You Really Want That?
Do you want to get well?
by Keri Wyatt Kent
Trending