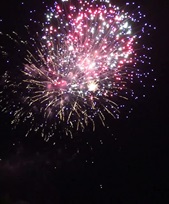 We expect dates and numbers to fit - to work - with mathematical precision. We know our ages and dates of birth. The age of our country, dated to the Declaration of Independence, officially July 4 1776 (for those of us in the US of course, other countries have other significant dates). I remember the bicentennial celebrations back when I was in high school. In 6 years we will celebrate 250 year. We expect to be able to date things precisely. We expect accurate dates and numbers in our literature and our histories. When the numbers don't work we notice.

It was an expectation of mathematical precision that led Bishop Ussher in the 1600's to date creation to the entrance of the night preceding the 23rd day of October 4004 BC. This expectation of precision has become ingrained in our culture over the last 400+ years. But the closer we look at the oldest parts of the Old Testament, the clearer it becomes that the dates and numbers don't work this way. They don't, as Michael LeFebvre (The Liturgy of Creation) puts it, "rhyme". As a scientist, an experimentalist who works with data and numbers every day, looking for the patterns and themes, I find this realization inescapable. In science, when the data don't fit (after extensive examination) we attribute it to error - or worse, to fabrication. Experiments need to be redone. Occasionally (but rarely) it is our understanding of the underlying physical phenomena that needs to be revised. More often the error or duplicity is uncovered. In our modern era, we expect coherence, we expect the numbers to "rhyme."

Many in our modern world have looked at these consistency issues in the Old Testament and concluded that the Bible is simply full of errors and thus untrustworthy. Christianity, then, is just an ancient myth among many others. Some Christians have proposed rather farfetched scenarios to make the numbers work. Others simply turn a blind eye and choose not to think about it.

But is this the right way to think about these chapters in the Bible?

The calculations given by the author of the flood account indicate that he was using festival observance dates and not actual event occurrence dates. Furthermore, he was not hiding that fact. Indeed, the text's open use of thirty-day months combined with the measurement of all other blocks of time in the story with round units of seven days (Gen 7:10; 8:10,12) and forty day/nights (Gen 7:4, 12, 17, 8:6) indicates the presence of a literary calendar and the expectation the reader would recognize it. The flood narrative is the only account in the entire book of Genesis that has dates, and the reason for those dates is to align this "primeval exodus story" with later Israel's festival remembrances. The flood dates demonstrably cannot be actual occurrence dates. (p. 84)

Similar issues arise with dated events in the exodus story. LeFebvre outlines examples found in the journey from Egypt to Sinai where a three day journey takes three months, the tabernacle inauguration on New Year's day of year 2, and the journey from Hor, where Aaron died, to Nebo, where Moses died. In five months the people traveled 350 miles, had three major military operations, went through the corruption with Baal of Peor, conducted a second census of the people and more. The day of Moses's death recorded in Deuteronomy (1-32) where he spoke extensively to the people, wrote down the law, and then died is another example.

LeFebvre argues that the author (or authors) of the Pentateuch are explicitly timing events to match a liturgical calendar for days of remembrance. He or they did not intend the dates to be taken as historical occurrence dates and they knew that their immediate audience would recognize this. A clue to this is found in the use of round idiomatic expressions of three day's journey, or forty days/ nights or years.

Idioms are common in language. We use them without thinking about them. If I tell you that I am going to ride shotgun, you'd expect me to ride in the front passenger seat but wouldn't expect to see me carrying a shotgun. If I told you I'm going to bite the bullet and leave my house for groceries, would you look for a bullet and call me a liar when you didn't find one? When we come from the same culture, we are all on the same page when it comes to idioms.

Idioms in another culture are harder to recognize. In the Old Testament we are interacting with a foreign culture existing some three or four thousand years ago through texts expressed in an archaic language no one completely understands today. We have to rely on scholars for help on some of these details.

When it comes to dates and spans of time, the authors of the Pentateuch used idioms and literary conventions to connect the exodus story of Israel to dates of remembrance. These dates of remembrance are connected to the agrarian calendar of Canaan in later Israel - the "cadence of labor and celebration" commensurate with the seasons for sowing and harvest. The original audience would have recognized this immediately. It wouldn't have bothered them. It was a normal way to tell a historical story. It accurately communicated the intended point to the audience in a way that they would have understood. We may need to work a little harder.

We ought to let the text itself teach us why its dates do not match its own chronology. As we do so, we learn that the dates are not serving the chronology of history but the cadence of worship. It is not that the text has problems that the author never smoothed over. Rather, it is the reader's assumptions that need to be corrected. (p. 93)

This fits with refrain I've expressed many times over the years. If we take Scripture seriously as the word of God (and I do), we need to let Scripture teach us how to read Scripture. When we force it into a mold of our own making and try to smooth out or reconcile all the inconsistencies, we will often overlook the message. And that is a shame.

If you wish to contact me directly you may do so at rjs4mail[at]att.net.

Join the conversation on Facebook
Tags:
None
Posted:
April 7, 2020