A young Christian entering into ministry once told me that his principal Christian mentor informed him that he (the mentor) had the “gift of intimidation.” Gulp. Power leaders with the so-called gift of intimidation, which is not a gift but a strategy for aggrandizing power through fear, make up the world of politics and business.

And, at times, the church.

Add to this strategy the make-up of a narcissist and you have a toxic church culture that may well appear to everyone as successful, strategic, innovative, observably Christian and biblical, and worthy of emulation. Once the curtains are pulled back, and one might have to say IF the curtains are pulled back, what was observably Christian and biblical becomes ugly, unChristian, unbiblical, and contrary to the gospel.

Pastors who are power-through-fear leaders groom people into their power and fear culture. Here are some of the noticeable features of that grooming. Power, and Laura and I develop this more in our book (A Church called Tov), has the capacity to diminish a person’s ability to empathize and care and make persons reckless and care-less (other than for their own power).

Eight elements of a power-through-fear culture: 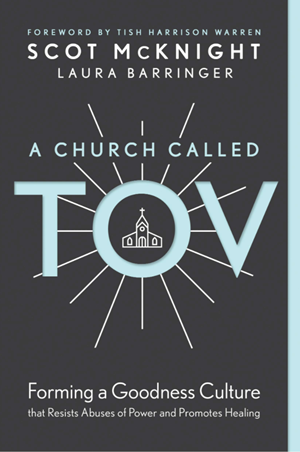 As Ronald Enroth, an expert on power-based church leaders, describes it, an abusive, fear-based church culture emerges with power-mongering leaders:

Ruler is the right term to describe the kind of people in authoritarian leadership roles. . . . They are spiritual tyrants who take unholy pleasure in requiring obedience and subordination of their followers. It is important to recognize that leadership depends on followership, and from a truly Christian perspective, that means cooperation with the leader rather than domination and control by the leader. The source of legitimate Christian leadership therefore lies in entrusted authority.

The spiritual autocrat, the religious dictator, attempts to compel subordination; the true Christian leader can legitimately only elicit followership.

Everything about this kind of power-through-fear culture is wrong, it is anti-gospel, it is anti-pastor, it is anti-Jesus, and it is anti-biblical and subChristian. But it is the way of the Kosmos and Flesh and so it creeps into church cultures seeking to remake us in its grip.

In the coming weeks I will develop posts about what Laura and I call the “Circle of Tov,” or the circle of goodness that forms into a goodness culture. But we have to know what we are up against so we can resist toxicity, and the two major problems facing a tov culture are narcissistic pastors and their power-through-fear culture formation.

Join the conversation on Facebook
Tags:
None
Posted:
August 17, 2020