Which of the following four arguments do you hear the most often?

Which of these do you think actually “works” in your context?

Which is why William Witt opens his book, Icons of Christ, with four very common non-theological and non-biblical arguments waged from either side. The book is worth the price just for this condensed chapter.

Mastery of this chp alone will thwart many an argument, and turn the debate into a conversation about legitimate arguments. (I could hope.)

Here they are, and the bold font is mine.

Thus, it’s from liberals, liberals are bad, therefore it is bad. Try that for any number of topics, like slavery or civil rights.

It is a (sad) reality in the history of the chuch that many expressions of freedom or liberty took a long time to be seen and established. Luther loved liberty but was quite narrow at times in his sense of liberty, and his narrows have been knocked down. Liberty is not just spiritual; it is social, too.

In the light of these advances beyond the limitations of Luther’s understanding of Christian liberty, it is evident that in the last several hundred years Christians have come to recognize that the notions of Christian liberty and equality have implications not only for salvation, but for socialliberty as well, including freedom of one’s person, freedom in the work place, racial equality, and, finally, equality between the sexes. It is this notion of Christian freedom and equality that is the impetus for a properly orthodox case for women’s ordination, and not a secularist notion of egalitarianism.

Behind the secularist agenda then has often been a Christian impulse!

(2) The Argument from “Consequences”: the ordination of women leads inevitably to the collapse of orthodox theology; the practice of ordaining women was the beginning of the collapse of orthodoxy in the mainline churches. A key question is whether women’s ordination has caused more harm than good to the church. Wherever women have been ordained, theological compromise has followed.

The above observation is a misleading one. 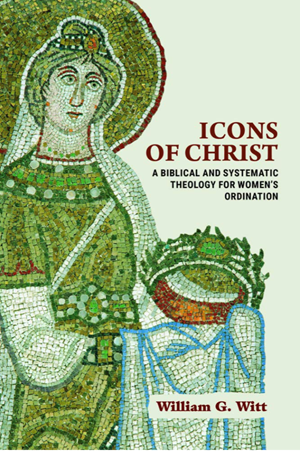 Witt pushes this one into a corner. The problem here is not women as women but specific forms of theology.

A more helpful question would be: has the ordination of women of orthodox theological convictions been (on the whole) a blessing or curse for the church? Women with orthodox theological convictions would be those women who practice ministry in the church, proclaiming the Word and administering the sacraments, who teach at or are students at numerous seminaries, who gladly embrace every article of the Creed, and affirm without hesitation the authority of Scripture, but differ on the particular question of women's ordination. Equating such women with liberal Protestants is as unfair as equating a biblical scholar like N. T. Wright with Bishop John Spong [because they are Episcopalians or Anglicans].

The consequences argument I have heard so often as a slippery slope, and Wayne Grudem may be the biggest proponent of this. And thus the most wrong.

This next one is the one I hear often:

Witt is right; it’s not about rights.

His next line is one of his most significant:

The proper theological question has to do with whether the church should refuse ordination to a particular group of human beings as a class simply because they belong to that class. Arguments must be made as to whether women as a class cannot be properly ordained. Whether such arguments are valid is the crucial issue. Pointing out that no individual as an individual has a right to be ordained is a red herring.

So, if discrimination is OK at times, it can be OK with women. Nope:

To the contrary, none of these are cases of discrimination against a class of human beings simply because they belong to that particular class.

These are arguments about some defect and defects can be remedied.

One of the most important elements of Witt’s book is a historical truth-telling theme. Here it is in brief:

And, again, historically, the argument against the ordination of women was just such an argument based on a perceived inherent defect: women could not be ordained because of a lack of intelligence, emotional instability, and susceptibility to (particularly sexual) temptation.

This means the case against women is a case against a class of people (women) because women are defective. I used to hear this argument from Grudem based on “weaker vessel” and the like, but I don’t hear it as often today. Do you?

The prohibition against the ordination of women would seem to be the only case in which the church discriminates against a particular class of people solely because they belong to that class. They are not discriminated against because of an incapacity. Women can preach. They can provide pastoral leadership. There is nothing either in their capacity to inform intentions or physical limitations that would prevent them from celebrating the sacraments. The presumption against women’s ordination is not then based on a moral disqualification or physical impairment.

Here it is then:

It is a discrimination against women as a class simply because they belong to the class.