Do we say God sent the virus?
Scot McKnight

How do we know such things?

How do we know such things?

Yes, our Bible encourages us to read the signs of the times. The Old Testament’s historical books and the prophets constantly interpret what is happening in ordinary events with divine categories: God sent the plague, God hardened Pharaoh’s heart, and God conquered the Egyptians or the Assyrians or the Babylonians. Further, they turn on the people of God: Because of your sins God did this or that to our nation. As one can read here:

2Kings 10:32 In those days the LORD began to trim off parts of Israel. Hazael defeated them throughout the territory of Israel…

Trim off parts is translated in The First Testament as “reduce Israel,” as in population decline.

Concerning this salvation, the prophets who prophesied of the grace that was to be yours made careful search and inquiry, inquiring about the person or time that the Spirit of Christ within them indicated when it testified in advance to the sufferings destined for Christ and the subsequent glory. It was revealed to them that they were serving not themselves but you, in regard to the things that have now been announced to you through those who brought you good news by the Holy Spirit sent from heaven—things into which angels long to look!

However you read it, Peter both knew what the prophets were thinking and he knew what God was doing, and so he interprets the gospel preaching of the apostles as part of the divine plan.

Paul, too, over and over speaks of the “mystery” and this term is used by him for the eschatological inclusion of gentiles in the people of God, an inclusion that was held off until the age of Christ and the Spirit.

So, what about us? Should we do the same?

First, I’d say Yes. It’s about as biblical as you can get. But…

So, what about us? Should we do the same?
First, I’d say Yes. It’s about as biblical as you can get. But…
Second, I’d say No and here’s why:

The Bible presents purpose and result in nearly identical categories: The divine purpose of this event (say, the sacking of Jerusalem) is inferred and known and then articulated on the basis of the result. What happens is what God wants, that sort of logic.

But, we need to exercise some disciplined caution when it comes this kind of reasoning, and this is why: If we are incautious and over confident we end up evil attributing to God.

My friend Roger Olson speaks often about “meticulous sovereignty,” by which he means God controlling and therefore causing absolutely everything that happens. It’s one thing to discern divine judgment from catastrophic results and the outcome of the people of God repenting and turning back to the Lord, and it is entirely another matter to state that God caused cancer in a child, the premature death of a parent, the slashing of payroll, the ending of jobs, and a global pandemic. Roger Olson often observes that such theories end up with a Monster God and not the loving God of our Lord Jesus Christ. Yes, he and I know that some stronger-version Calvinists and determinists will balk at such a moral category (Moral Monster) and claim that if God is not in control of everything, God is not in control at all. 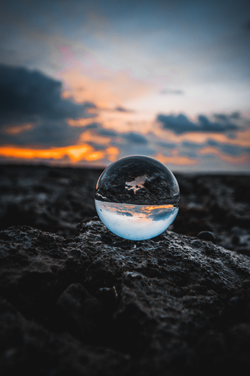 This fails at a basic level: God has created a world in which God, in his own freedom, chose to give humans freedom (comparable in some way to God’s own freedom) to act and do and to become responsible for their acting and doing.

I believe then that God did not send the coronavirus. God gave humans freedoms to create and to know and to decide, and to do both good and evil, and in that arena of freedom we experience the coronavirus.

God in his freedom gave us this kind of world and we can turn to God in trust and thanks and we can listen for God speaking and we can learn, but it’s entirely different to blame God for the virus.

Join the conversation on Facebook
Tags:
None
Posted:
March 23, 2020