If you have noticed this, please raise your hand with a hearty Amen! (I hear you.)

What happens when “pretty” Bibles are for women? What does such a cover, not to ignore study notes sometimes produced for pretty-Bible-women, do to how women read that Bible? Does this say “not for men” and “for women only”? Is the Bible like that. (Answer: No)

Our time reading Scripture has become customized, individualized, and privatized. If we follow the help that is marketed to us in many Christian bookstores, we’ll read Scripture that relates to our particular roles, according to our particular tastes,and -special bonus for women- it will all be very pretty. 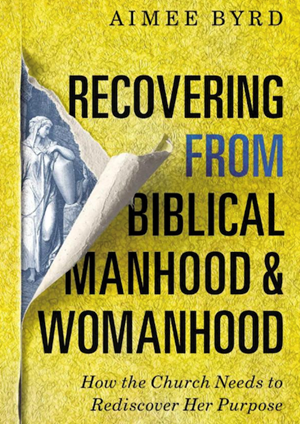 Roles are becoming apparent and habits are visible and media images tell the story:

But you don’t often see men posting pictures of their quiet time, do you? That makes me wonder about how men and women view their devotional, private reading time differently.

Patriarchalism in the church was moved aside over time as more and more women became Bible readers, authors, and developed a “platform” with their public voice. (For an academic book on this, see Kate Bowler, The Preacher’s Wife.)

Over time the passing of women’s rights followed by the explosion of technology led to many women’s authors gaining footing. If women didn’t have a voice in the church, at least they could speak and write outside it – in the parachurch. Acquiring a base of readers from radio and social media platforms became easier. In the mid-1990s, more and more women authored Christian trade books. As technology exploded,so did the woman’s voice. Wye now have our own genre in Christian publishing and broadcasting. Women seem eager to have a multitude of resources to read through the lens of the female perspective and experience. This genre of women’s Bible studies and Christian books has become extremely profitable. We therefore need to think more critically about navigating through these resources and how they shape our reading of Scripture and discipleship in the covenant community of ourlocal churches.

A byte-sized observation worthy of a conversation about irony right here:

Liberal radical feminists like to regard our canon of Scripture as a “hopelessly patriarchal cnstruction.” Conservative evangelicals usually balk at this accusation, but I wonder if the way we market customized devotions to women sends that same message.

She probes and probes and ask good questions and makes her points well, and I agree: color matters, art matters, image matters… and the more one looks at the Bible cover the more the Bible takes on that image.

How is a woman’s Bible different from a man’s Bible? Is it just the pretty cover?… Is the pretty cover supposed to soften this? It seems to cheapen the whole message in Scripture. I find it all very condescending. I want to read my Bible just as seriously as the men. The pretty cover on the women’s Bible already begins to send a message that women will approach Scripture less seriously than men. I’m judging the cover as I see the cover judging the readers by their gender.

Now she gets specific and I find the following powerful:

Underline the next lines (however one does such a thing digitally):

The specific articles targeted to the women’s Bible predominantly address weakness and victimhood while the men’s are about leadership and agency.

Bible study notes shape readers into the culture of the notes, and that’s great if the message is as perfect as the Bible’s (and it never is) – so read these lines and ask what’s happening to the pretty-Bible-women?

Some articles address women as graciously invited to join God as “agents of truth and joy’’ while others frame a woman’s agency as a “channel of blessing for [her] husband.” In the latter devotion we are taught that a strong woman is a negative description, associated with the sin of “continually express[ing] disapproval of her husband. Why would a man’s strength be associated with leadership and a woman’s strength as disrespect? This article in the ESV Women’s Devotional Bible tells us “God made man’s ego unique” and “placed that precious ego in your care.” We also learn that “God has given your man a task to complete in life.” Women are to serve their man’s ego and support the man’s task if they want to be “cherished” by him [except the first expression in quotation marks, these are from Ray Ortlund’s wife, Jani].

And what does this say? What culture does it create?

Producing devotional Bibles specifically geared toward men and women separately shapes the way we do our devotions and the very way we read, interpret, and apply Scripture. It puts a lens of interpretation on God’s Word – the lens of biblical manhood and womanhood.

Join the conversation on Facebook
Tags:
None
Posted:
May 26, 2020