Austin Channing Brown has said on many occasions that the state of racial injustice in America means that “doing nothing is no longer an option.” Her comments are particularly poignant for White Christians and the churches that they occupy.

We need look no further than a few short weeks ago at the murder of Ahmaud Arbery to see the atrocities of racial injustice in this country. Ahmaud is one name among countless of other un-armed black men and women who have been unjustly targeted and murdered by white people who believed that these black men and women were not permitted to be in the space they were occupying.

So, in response to her call to “do nothing,” this is my something. I am hosting a series of conversations with African American leaders in response to the murder of Ahmaud Arbery.

Here is a portion of our conversation.

Kelly: What is the first thing that you felt, thought and did after hearing about Ahmaud Arbery?

Steven: After hearing about the tragic death of Ahmaud Abrey, I immediately felt immense sadness, frustration, anger, disappointment, and loss. I was heartbroken that another Black soul, another Black body would be buried beneath the soil. I wondered why another unarmed African American with so many rich gifts and talents was killed. There is a staggering number of our Black brothers and sisters who might have become scientists, lawyers, teachers, or business leaders that have died needlessly, who have died because of the color of their skin. 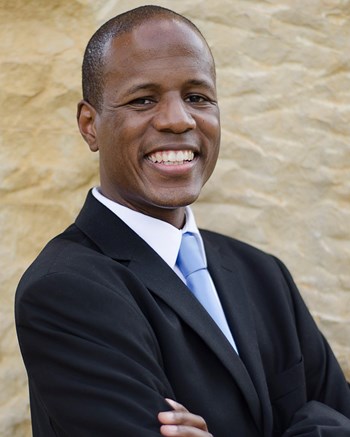 Kelly: What angers you about the race conversation in churches?

Steven: What angers me about the continuing conversation of race in our churches is that too many of my White Christian brothers and sisters remain silent on this issue. When we see national coverage of unarmed Black men and women being killed, some White Christians pause briefly and reflect on the absurdity of each situation. However, too soon they return to posting pictures of their petunias or photos of their smiling children playing hopscotch on the streets that were eerily quiet just hours before because of the tragic news of an unarmed black boy being killed. Could these White Christians at least say something about the unarmed black boy’s body lying in the street with his blood pouring into the cracks? While posting pictures of summer flowers on Facebook or on social media, they need to use their white influence and their white privilege to speak out against racial injustices.

I am also angered whenever White ministers do not boldly address racism or racial incidents from the pulpit. Think about this: how many White ministers you know have spoken something about the sickening unnecessary death of Ahmaud Abrey? Furthermore, my White brothers and sisters need to educate themselves and read from such authors as Race Matters by Cornel West, Killing Rage, Ending Racism by bell hooks, I’m Still Here: Black Dignity in a World Made for Whiteness by Austin Channing Brown , The New Jim Crow: Mass Incarceration in the Age of Colorblindness by Michelle Alexander, Between the World and Me by Ta-Nehisi Coates, Tears We Cannot Stop: A Sermon to White People by Michael Eric Dyson, White Fragility: Why It’s So Hard for White People to Talk About Racism by Robin DiAngelo. After reading and studying, they will become aware of the overwhelming statistics that prove that Blacks are still oppressed today because of racism. My fellow Christians need to use their White influence and get involved politically to change the laws and practices that continue to leave Blacks behind bars. They need to use their White privilege to visit school boards and urge them to develop a diverse curriculum. They need to use their power to eliminate racism at the core of many organizations and structures today. I want my White Christian brothers and sisters to remember that your prayers and worship are in vain when you do nothing to seek justice and to help those who are being oppressed (Isaiah 1:12-17).

Kelly: What gives me hope?

Steven: I praise God that I have hope because of the shed blood of my risen Savior. I remind myself that “All things are possible with God” (Mark 10:27). I believe that God can soften the hearts and open the eyes of all people so that we can join the crusade and eliminate racism in our world.

Want Steven to come and speak at your event? https://www.rrgconsult.com/copy-of-jim-davis-keynote-speaking

Find the full conversation between Steven and I on video here: https://youtu.be/r1k6HTGbrWM

Join the conversation on Facebook
Tags:
None
Posted:
May 20, 2020