Many have entered into the USA without authorization and one could apply the law and coerce such persons back to their country. One could. What does the Bible say about such persons – often called sojourners, immigrants, asylees, undocumented workers?

In M. Daniel Carroll R.’s new book, The Bible and the Border, we are treated to an experienced thinker on the topic with Old Testament credentials who explores hospitality as a cultural practice and laws on the sojourner.

Job 31:32 but no stranger had to spend the night in the street, for my door was always open to the traveler—

Is. 58:6-7 Is not this the kind of fasting I have chosen: to loose the chains of
injusticeand untie the cords of the yoke, to set the oppressed free and break every yoke
Is it not to share your food with the hungryand to provide the poor wanderer with shelter— when you see the naked, to clothe them, and not to turn away from your own flesh and blood?

Piety is measured by hospitality. (Notice, too, this book by Joshua Jipp.)

Christians will want to inculcate hospitality in American practices and laws in a way that recognizes (as Carroll does) some taking advantage and some being criminals, but exceptions do not determine the law (they give it cautions). Most immigrants in the USA are profoundly grateful.

If hospitality was a cultural practice, how did it influence Israel’s laws about sojourners. Israelite laws were for the covenanted, redemeed people for how to live in the world as the covenant people of God.

Israel knew distinctions between residents in their land: some were more outsiders, others more integrated. The dominant term is sojourner, ger/gerim. Israelite laws about the sojourner contrast with other Ancient Near laws in that Israel cares about the sojourner; others seemed to have almost totally ignored them. Israel’s laws are numerous and generous, and sojourners were dependent. Thus, they are often connected to widows and orphans as those in need of care and compassion. The law required equitable justice for the sojourner. 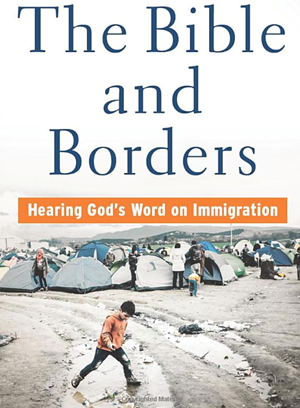 Many gentiles stand out for special attention in Israel’s history. Take Ruth as your example, which is an “immigrant story” (74).

The “system” of care was families, communities (gleaning laws), workplaces, religioius centers, and “at the gate of the city.” Carroll’s point is that everyone was involved in caring for the sojourner.

Their laws are not ours; their experiences vary, but that law was the paradigm of a new way of life for the people of God surrounded by the world. Memory is vital here: do we remember our heritage as Israel had to remember it’s heritage in Egypt?

We are all responsible, not just the border control or DC or the president. Not all immigrants will be alike and not all laws will therefore be the same.

Carroll knows that as Israel expected cultural accommodations so can we.

View More
Christianity Today Weekly (Weekly)CTWeekly delivers the best content from ChristianityToday.com to your inbox each week.
Today in Christian History (Daily)A daily newsletter featuring the most important and significant events on each day in Christian History.
Jesus Creed (Weekly)One of the most popular and thoughtful evangelical bloggers on the web, Scot McKnight discusses theology and current events in conversation with others.