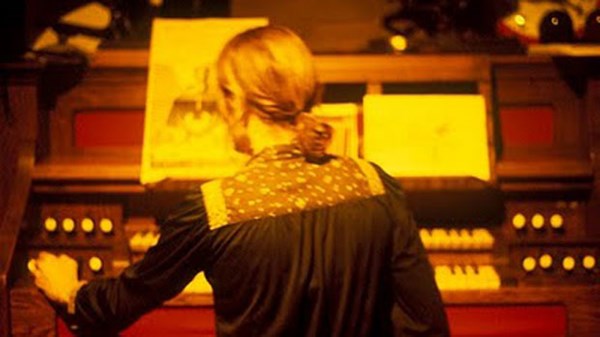 Across denominational lines, Christians are leading a growing counter-cultural movement in Charlottesville, Virginia's arts community. Painters work alongside homeless advocates, worship leaders moonlight as folk performers, and churches host art spaces, all collaborating as they create "some of the most vital art in town," reported Charlottesville News & Arts' Andrew Cedermark this spring. Three groups in particular—the New City Arts Initiative, the Garage, and Bifrost Arts—are supporting the arts created by devoted followers of Jesus, and erasing the lines between Christian and non-Christian audiences in the process.

Here's a snippet from Cedermark's essay. As you read this, ask: How are Christians in the arts defying traditional boundaries in your own community?

There was a time when the "Christian" label would've made fans of secular music roll their eyes. But the sanctuary at The Haven at First and Market was packed to the gills with concertgoers paying 10 bucks a ticket, a not insignificant price for a show by a little-known folk group on a boutique indie rock label at a non-venue attached to a homeless shelter.

That the show was such a success is testament to a growing trend in town, where art made within the Christian community is increasingly drawing a secular crowd—and is indistinguishable from secular art. Locally, the melding of religious and secular arts communities can thank groups like the New City Arts Initiative, the Garage, and Bifrost Arts.

These groups, their ties to faith invisible, serve up some of the most vital art in town, pushing back against the widely-held notion that the church, today, is a cultural regurgitator or a voice against risqué, challenging art. So locally, at least, you can forget about religious crusades against the Dung Mary and David Wojnarowicz's ants on a crucifix, or Marilyn Manson versus the Pope. And forget about the dramatic oils of glowing Jesus atop a mountain. As with The Welcome Wagon, you might not know from the look, the sound, or the taste of it. But that may be Christian art you're consuming ….