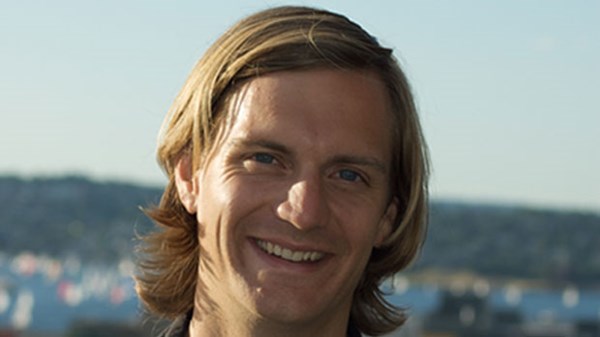 Tim Soerens believes that contributing to the shalom of his city starts with showing up.
Christy Tennant

On April 21, 2011, Tim Soerens stood before the 50 or so people who had shown up at the South Lake Union neighborhood community center, where Seattle mayor Mike McGinn was holding a town hall meeting. As the moderator, Soerens's job was to create a hospitable environment for discussion of issues ranging from local dog parks to a $2 billion tunnel through downtown—and to hold both the citizens and the mayor to their allotted time.

Soerens, 32, is a church planter and one of the founders of the Parish Collective, which seeks to help local churches be both "rooted in neighborhoods and linked across cities." For Soerens's church in the South Lake Union neighborhood, that meant helping to start the neighborhood's first farmers' market, hosting a weekly BBQ, and working with their neighbors in a local community garden—getting involved with existing nonprofits and initiatives whenever possible rather than starting new efforts from scratch. Many community council meetings later, he's now active in Wallingford, a neighborhood about a mile from South Lake Union, where he says he is "beginning the listening, organizing, and [finding] pathways of connection."

How does a church planter—or any Christian, for that matter—become a civic leader? According to Soerens, "You just need to show up and be consistent for a while. About 100 people run Seattle. Certainly the mayor and City Council, but from there you begin to see about the same 75 people or so at everything. This might be a slight exaggeration, but not as much as you might think." For Soerens, the link between civic engagement and the flourishing of the city is inextricable. "Democracy is a brilliant system if people show up. But if they don't, that vacuum will quickly get filled, and not always for the best."

Soerens's approach to civic influence doesn't require huge numbers or big budgets. "There is a general rule I've heard, at least in Seattle: If you can get 10 people to give 10 hours of their time for the same thing, you can pass legislation. And while that is actually a lot harder than it sounds, I think it's realistic." In fact, Soerens contends that "if you had three to five people of faith in each neighborhood of a city who were consistently involved in civic participation in their neighborhood, and they knew each other, they would have more influence to shape and bless the city than any megachurch with tens of thousands. Showing up once is not so hard; showing up for months and years is what creates the social capital for real change. But it really is just showing up, listening deeply, and seeking common-good solutions."

So, several years ago, Soerens decided to "show up," and over time, he found himself in civic leadership. In fact, showing up was how Soerens got to know Mayor McGinn. Before McGinn was elected, the two men served together on local initiatives. Through his community organizing—the farmers' market, community garden, and neighborhood BBQ—Soerens began to find himself in the offices of city council members and leaders of various departments with the city. His role as moderator that April evening reflected the trust Soerens has built with the mayor and his staff.

For Soerens, being a civic-minded follower of Christ connects him to the very first believers. "If Christians dare to accept the confession that 'Jesus is Lord,' as the early church did, that means we are called to live out an alternative story rooted in the holistic, reconciling, and restoring mission of God. If Jesus is Lord of our neighborhood, what then?" If more Christians asked this question, he says, the "embodied church of, with, and for the neighborhood could emerge. Then, of course, the task is to lean into the tension between how things are and how things are supposed to be."

You could call that the crossroads of kingdom theology—the place where the already and the not yet meet. Soerens believes the church is most at home at that intersection. "Occupying that place—living in that intersection—is not so much a new strategy for the church, but rather a big, holy dare." Twenty years from now, Soerens hopes to see Wallingford and other Seattle neighborhoods become places where neighbors know and care for one another, spiritually and tangibly. And he hopes that those local places will be connected widely with other neighborhoods and cities, so that the church becomes "a network of blessing" for the world.

"This dare to follow Jesus into the very particular places, stories, and realities of different neighborhoods will be unique to each place, but I believe the task of engaging in the restorative work God is already doing is universal."

And sometimes, participating in that restorative work begins by just showing up.