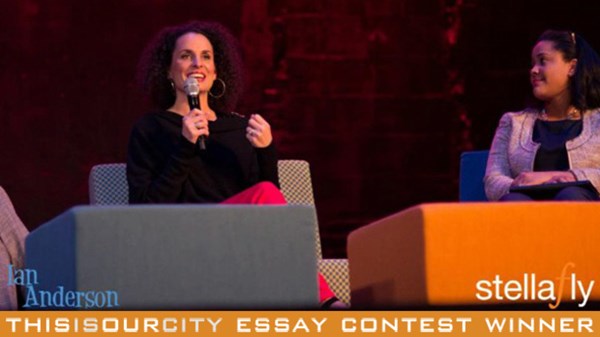 Why I Offer Clean Needles in Jesus' Name

On the front lines of HIV prevention in one of America's holiest cities.
Ruth Bell Olsson

The woman who walked into the needle exchange that night was filled with piercings. Head to toe, she likely had hundreds of barbs and holes in her body. She held a trashcan-sized biohazard container full of dirty needles. A female volunteer met the woman an asked her about her life, her drug use, her struggles. The pierced woman shed her clothing to reveal the places she had creatively found to inject drugs. Veins stripped, she was having trouble finding more sites.

But she came to the needle exchange. And for once, she heard, "You are valuable. You are important. You are welcome. You are safe here." She was given resources to help her take a baby step toward health. For some clients this means a referral to a treatment center, for others it means finding a safe place to sleep and a hot meal. And yet for this woman and many others, the tiny step is simply to make their next injection a non-lethal one.

Fourteen years ago, I was part of a church plant called Mars Hill. During the first week of services, over 1,000 people came and, in many ways, mayhem has ensued ever since. An early value of our congregation was to give away our resources as much as possible. So when people attended en masse and gave generously, the task of stewarding the resources felt overwhelming. A group began to pray about how to use the resources for our city and globe, and eventually we formed a global outreach team.

In the early 2000s, we were struck by how little the evangelical church was addressing the global HIV pandemic (thankfully, this has changed dramatically), and we decided to donate $1 million to AIDS relief in East Africa. However, in one of our subsequent meetings, we realized that it was hypocritical for us to care about a pressing issue "over there" without acknowledging it in our own backyard. The members of the outreach team agreed and said, "Great idea, Ruth. Why don't you figure that out?"

Thus began my journey into the heart of the HIV/AIDS community of Grand Rapids, Michigan. In American Christendom, Grand Rapids is a holy city, akin to Wheaton or Pasadena or Dallas. Hundreds of churches, not to mention Christian colleges, seminaries, publishers, and faith-based nonprofits, operate within our city limits. We are second only to Salt Lake City in our philanthropic giving. Yet in light of all this activity and generosity, the "faithful" were scant within the HIV circles I began to frequent.

You are doing a wonderful work. God bless.

Absolutely SUPER illustration of Christ's response to the woman caught in adultery! I know most of our translations have that awful, judgmental misrepresentation that runs something like, "Go and sin no more". But I can tell Olsson and the wise folk in Carol Stream know that the original reads: "Sweetie, I understand you are in a bad place and only ready to take teensy little baby steps so, here, take this condom. And the next time you feel like getting horizontal, you can ask him to slip this on and at least you can be a little less worried about the consequences."

Why I Offer Clean Needles in Jesus' Name