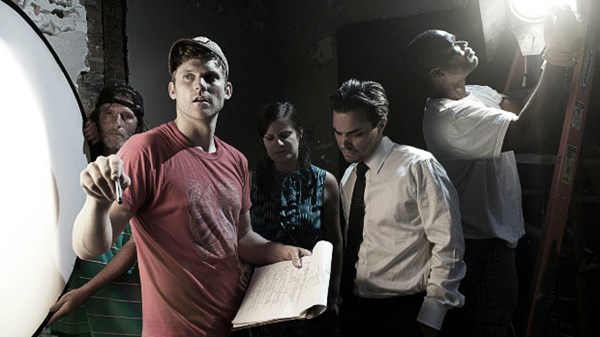 Making Films With, Not About, the Homeless

Ricky Staub and Anders Lindwall's move to Philadelphia was a step of faith. Staub had worked for several years with a film producer in Hollywood, and Lindwall had been directing freelance video projects. Despite the opportunities they had found early in their careers, they nonetheless moved to the City of Brotherly Love in 2011 with "unsettled hearts."

When they arrived, they initially stayed at Project H.O.M.E., a nonprofit serving the homeless population of the city of 1.5 million. There, they formed deep friendships with a handful of adults recovering from addiction and incarceration.

For young filmmakers concerned with an issue like homelessness, making a documentary to raise awareness would seem a natural place to start. But for Staub and Lindwall, homelessness had become more than an issue, but rather a tangible, pervasive force in the lives of their friends, and they wanted to be part of actually stopping it.

With encouragement from Sister Mary Scullion, an advocate for Philadelphia's homeless population (who was once named to Time's 100 list), Staub and Lindwall co-founded the Neighborhood Film Company (NFCo.), a commercial production company that trains and employs adults in recovery.

Among those early friends was Elliott Harmon, who had spent much of his adult life behind bars. "I was a product of my environment," says Harmon, 41. It was therefore all too predictable when he first ended up in jail, then later became another recidivism statistic. After being released from prison and placed on parole in 2008, Harmon began to get his life back on track with help from social service organizations. "I liked the direction my life was headed," he says. "But I was bored. I knew that if something didn't happen fast, I'd go back to doing what I knew how to do."

Then Harmon met Staub and Lindwall, who offered him training as well as the opportunity to work with them at NFCo.—on the condition that he keep his head above water. "I wondered how anyone could invite me to be part of something good like this," Harmon says. "I never trusted people before, but with these guys, there was nothing fake. It was all real love."

NFCo. works primarily with ad agencies, though about a quarter of its projects come directly from clients. As the film company has gotten off the ground, demand for its services has grown quickly—largely by word of mouth—with a client list that includes Nike, Levi's, Anthropologie, and the University of Notre Dame.

To ensure that neither the company's profitability nor mission would suffer given the increased workload, in early 2012 Staub and Lindwall started a nonprofit arm called Working Film Establishment to facilitate the job training. Apprentices learn not only how to use a camera but also project management and a variety of transferable skills. By design, those who complete the eight-month program are then offered a job with NFCo. or a "partner employer" that supports Working Film's mission.

Numbers are intentionally kept small; there are currently three apprentices, with plans for three more next year. "For us, the philosophy is shrinking our focus to people with names and faces and stories that we know," says Dan Walser, 29, executive director of Working Film. "This is what we see when we look at Jesus and his ministry with his disciples."

By working with a limited number of trainees at a time, NFCo. and Working Film can personalize the program while holding each apprentice to a high standard of excellence. "We tell our guys, 'Look, the bottom line is that we need to run a company. So if you can't cut it as an employee, there are plenty of nonprofit programs that will babysit you,' " Staub, 29, says. "That may seem harsh, but if I start looking at you like you can't be the best, I'm not giving you full human dignity.

"There's a human resilience that is brought to the table by these three guys you can't engineer in someone who's been given everything most of their life," Staub says. "The seriousness with which they approach work is unmatched by a recent college grad."

Because NFCo. is a for-profit company that needs a high bar of excellence in order to earn continued business, many clients don't know about the company's mission. Nor do they know the stories of crew members like Harmon. Staub says there is a temptation to sell a rags-to-riches story, but as he reminded Harmon after the company recently won an award for a commercial he helped produce, "We won this award because we made the best commercial—not because they felt like they wanted to help you out. That's an important distinction."

Here to Be Together

Cultivating a sense of community in the workplace is a key priority for NFCo. Indeed, its motto is "Here to Be Together." As Staub puts it, the motivation for producing excellent projects isn't primarily for the money or the notoriety. "We want to do the best work we can because it allows us to be together," he says. "That's why we ask for forgiveness and give each other grace. Fifteen years from now, we hope a lot of the same people are working here."

NFCo. has five full-time employees, in addition to Walser and Working Film's three apprentices. Most live within walking distance of the company office in Philadelphia's newly dubbed Brewerytown neighborhood, so called for the abundance of breweries and distilleries that once dotted that part of the city. Though slowly gentrifying, the neighborhood, which local residents simply call North Philadelphia, is predominantly poor, with a history of violence and drugs.

With an almost total deficit of nearby businesses, Staub envisions the NFCo. community as a stabilizing presence in the neighborhood. "By placing our company here and living here we get rid of our commute," he says. "Now we can just walk outside and invite people over to our homes or to the office organically."

The immensity of the problems of homelessness, addiction, and incarceration in Philadelphia is more than enough to paralyze. But for NFCo., they are family matters.

"We're not the Philadelphia Film Company—our impact and our love are smaller than that," Lindwall says. "It's exciting to know that the God who made the universe calls us to love our neighbors. We get to do that by making videos, and we all do it together."

Tim Høiland is a content strategist at changegoat, a Phoenix-based creative consultancy that humanely kills and disposes of the status quo. He blogs at tjhoiland.com and tweets @tjhoiland.

Making Films With, Not About, the Homeless