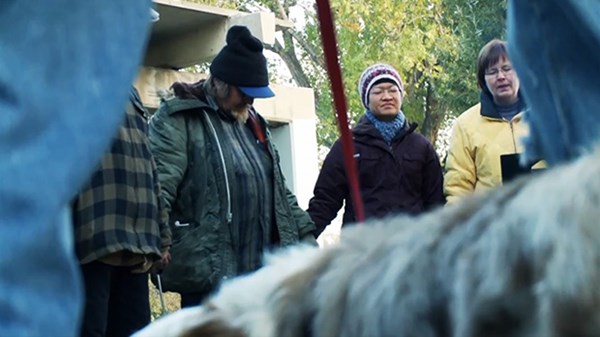 "For years, CCDA has said [that] the path to building healthy and sustainable neighborhoods is doing church there as well as doing compassion and development work," notes Castellanos. "But . . . there was another element missing: the confrontation of injustice."

Castellanos attributes this broadening to the on-the-ground experience of CCDA's almost 10,000 members and 1,000-plus member organizations, most of whom are in urban neighborhoods (although there is a growing presence in rural places). Historically, CCDA members have sought justice and mercy within the scope of their own neighborhoods. But as they have listened to their neighbors, they find they are affected by social and economic policies far beyond their zip codes. For instance, Castellanos says, many members have found that "banks aren't lending in the same way to [their neighborhoods] as they do in other communities." Education and immigration are national issues that have real-time implications in neighborhoods with a CCDA presence. CCDA is coming to realize its own collective power to advocate on public policy issues that affect the neighborhoods where members live. "We weren't looking for issues to get involved in," says Castellanos. "We were simply looking at [the systemic challenges] facing our neighborhoods."

The DREAM Act: In June 2012 the Obama administration announced it would stop deporting most youth who meet the DREAM Act criteria and to create channels through which they could receive work permits. "The action by DHS and the Obama administration to offer deferred action from deportation for Dreamers," said Castellanos, "along with the ability to work legally, is a hugely important step toward fixing our current immigration system." This new policy opens up economic and educational channels for undocumented youth, including those living in many neighborhoods where CCDA members work.

The book of Amos in particular will help remove the idea that redistribution of wealth accumulated through immoral advantage over people is quite biblical. We can all debate whether or not a government and a people without a specific covenant with YHWH should mandate the wholesale redistribution of wealth by its own power but, the Scriptures put the idea that it is socialism or started with Marx or Hegel to rest. Amos 2: "Thus says the Lord, For three transgressions of Israel, and for four, I will not revoke the punishment,because they sell the righteous for silver, and the needy for a pair of sandals..." Amos 4: “Hear this word, you cows of Bashan, who are on the mountain of Samaria, who oppress the poor, who crush the needy, who say to your husbands, ‘Bring, that we may drink!’The Lord God has sworn by his holiness that, behold, the days are coming upon you, those who trample the head of the poor into the dust of the earth and turn aside the way of the afflicted..."

Relocation and wealth redistribution. The two key platforms of the Chinese Maoist revolution in 1949. Use the power of the collective to confront injustice. Reform greedy capitalist banks. “Bring arrogant violence to its knees.” The CCDA. Oh yeah. The headline has it right, Not Your Father's Christian Community Development.