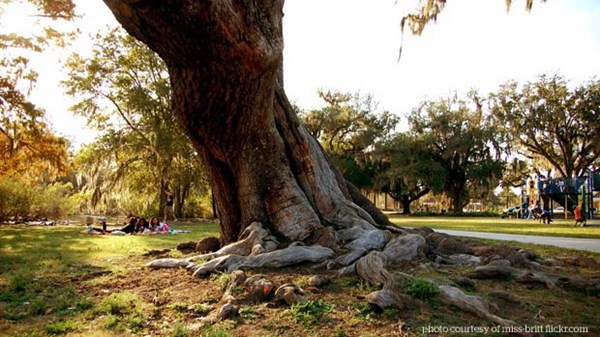 I had a neighbor growing up, Alan, who worked for the power company. He was a young guy then and didn't mind danger or odd hours, so the company put him on call for emergency repair jobs. Early one morning, Alan was called out to fix a stoplight at a busy intersection. He parked his ladder truck in the middle of the intersection, put out his caution cones, and climbed to fix the light, some 20 feet in the air. While he was working, a drunk driver raced through the intersection and clipped the back of Alan's truck. Alan flew off the top of his ladder, cut a back flip in the air, and somehow landed on his feet in the intersection. Miraculously, he wasn't hurt. But Alan had a hard time trusting ladders after that. Wanting to keep his feet on the ground, Alan found another job.

Most of us don't have an experience as jolting as Alan's, but his story may serve as a parable for our spiritual lives in a mobile culture. Even if we don't feel it now, we can remember a time when we felt young, confident, and ready to take on the world. We set out to excel and make a difference—to end poverty or fix a broken school system; to be the first college graduate in our family or the first black doctor in our town. If we were at all religious, we probably had some sense that these dreams were from God. We trusted the Lord for strength to go on when the journey seemed impossible. We were spurred on by the testimonies of those who had "made it," getting to the top of the ladder and achieving what they dreamed for so long.

Like Alan, though, we have felt the ground beneath the ladder shift from time to time. Maybe we saw it coming—a move to a new school, an internship in a new city, a long-hoped-for marriage to someone half a world away. Or maybe, like Alan, it blindsided us—a company transfer, a slouch in the economy, a sudden divorce. Whether as a result of carefully laid plans or catastrophic interruptions, few of us seem able to stay in one place anymore. Maybe we have survived the moves. (In some cases, our survival seems almost as miraculous as Alan's.) We're still alive, but our spirits are hungry. We long for connection with God and other people. We're desperate for community. We're hungry for a way to live that feels authentic and true.

The summer Leah and I moved to Walltown, I heard gunshots through the open window in our bathroom as I was getting ready for bed one Saturday night. Such a sound was common enough that it did not interrupt my routine. I turned on a fan in our bedroom—both for the breeze and the background noise—and I went to sleep. "The dogs howled all night long," Ms. Carolyn told me the next day as I stood on her front porch and watched the police come and go.

They found Lil' Robert face-down in the drainage ditch behind the duplex that Ms. Dot and Ms. Nora shared. Standing at the intersection three doors down from our house, Robert had been hit in a drive-by shooting and left for dead by his friends. The news reported that he was a victim of gang violence, gunned down by rivals who felt he was infringing on their market share. What they didn't say was that the "competition" looked like him. They were his neighbors; victims, like him, of powers that insist nothing good could happen in a place like this.

In the face of such death-dealing violence, Jesus' words to the demon-possessed man are an invitation to be born again. The problems of neighborhoods like Walltown are directly connected to a culture where success means moving up and out, and education equals climbing the ladder in order to rise above common places. The homelessness of guys who are hooked on crack in Walltown is but the flipside of the placelessness that drives ambitious young students to see this university town as a stop on their way to somewhere else.

Perhaps stability is the great leveler in a society of widening gaps, calling each of us, whatever our social status, to acknowledge the extent to which we're equally bound by powers beyond our control. Rich or poor, we are in desperate need of the ladder that Benedict offers—a way of life founded on solid ground, freeing us from the illusion that we can live without limits and climb above the ground from which we were made.

Jonathan Wilson-Hartgrove is co-compiler of Common Prayer: A Liturgy for Ordinary Radicals (Zondervan). This article is adapted from Jonathan's The Wisdom of Stability (Paraclete Press).