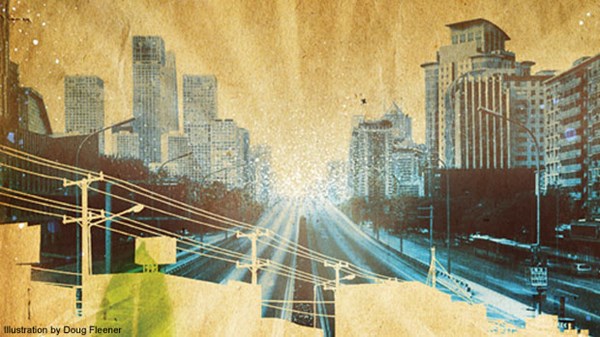 It is, without a doubt, the most surprising large-scale cultural shift in my lifetime.

Not that long ago, cities were places few people wanted to be. Across the northern United States, from Seattle to Pittsburgh, urban cores declined as industry and people decamped to sunnier climates. In the new South, the growth was in the greenfields of the suburbs, not the largely forgotten city centers. In the 1970s, you could drive down Atlanta's Peachtree Street and watch discarded newspapers float like tumbleweed past the storied Fox Theater.

Today those cities, and many more, are thriving in ways no one predicted a generation ago. Cities are the destination of choice for many young adults (at least, those who can find a job that will pay the outrageous rents that city-center landlords can demand) and the hub of revivals in food, architecture, and entrepreneurship.

Indeed, many suburbs are now taking cues from the walkable, mixed-use economic and social fabric of cities woven before the automobile. As a teenager, I had to trek all the way from my quiet suburban town to Harvard Square to find a coffee shop. Now that experience is as ubiquitous as it is standardized. Most Americans still live in suburbs—true for all ethnic groups and most income groups too—but our markers of the good life are increasingly urban. This is just as well, because more and more of us live in places defined by the density and diversity that are the hallmark of a city.

Of course, there is a shadow side to these trends. First, not every city is thriving, and every American city still has dangerous and difficult sections. On the other hand, decline and danger are no longer hallmarks of cities—they have challenged countless suburbs and rural areas as well. Today the tumbleweed newspapers are more likely to blow past foreclosed homes in the Atlanta exurbs than the gleaming condos around the Fox Theater. Just as population and prosperity once associated with the suburbs have returned to the cities, so the challenges of the city have moved to the suburbs.