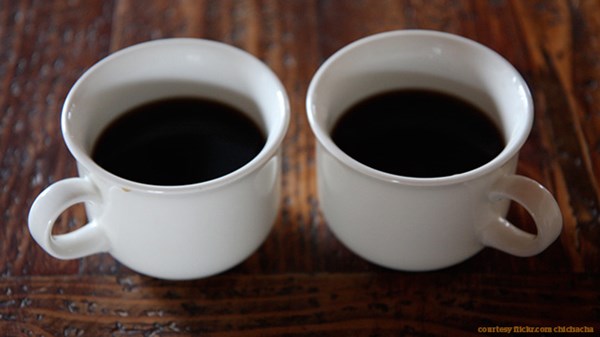 Want to Change the World? Call a Meeting

Most pivotal moments in history start with a conversation, not a retweet.
Petra Bosma

This article originally appeared at Comment magazine on September 26, 2012.

Great conversation bears forth ideas. And really good ideas have the potential to become the convictions that transform nations. Discussions on the human need for face-to-face conversation in an internet age abound. A recent article in The New York Times argued that online conversation can never replace real conversation. One 16-year-old boy interviewed said, "Someday, someday, but certainly not now, I'd like to learn how to have a conversation."

Real conversation uses different skills than online communication. It requires the participants to have patience with each other, and to reveal more of themselves than they would online. We dumb ourselves down in online conversation. We depend on sound bites. We expect responses faster and are more likely to relay only the polished version of what we are truly experiencing. Though social media consistently requests status updates, rarely does it require us to post anything of depth. "So our flight from conversation can mean diminished chances to learn skills of self-reflection. . . . Self-reflection requires trust. It's hard to do anything with 3,000 Facebook friends except connect."

But the art of conversation in an internet age has more to lose than just the human need for interaction and connectedness. We stand at great risk of losing reflection and political debate for the sake of easier online lobbying. I work in communications for International Justice Mission Canada, and am a strong advocate for the power of social media. "Clicktivism" has its place. Clicktivism: the new phenomenon where support for an initiative is shown by the click of a "Like" button, a Re-Tweet, or a "Share." It raises awareness, engages individuals in a cause they may never have encountered in any other venue (the phenomenon of viral videos is evidence enough that new ideas can spread like wildfire if done well). But whether "Clicktivism" translates into action (or conversation) at a deeper level with colleagues and friends is anyone's guess. A lot of people are guessing.

The protests in Egypt have often been credited to Twitter. But Twitter is not what made the protests happen. People is what made the protests happen. Twitter was merely a mobilizing tool that galvanized millions of people into action. It was a tool. It spread a message that was born out of an idea that something was horribly wrong. Twitter did not breed the conversation that led to the discontent. It likely led to connections being made, but the big conversations took place outside of 140 characters. Conversations always do. Because ideas, especially important, difficult, maybe treasonous ones, need time, care, and interaction: around dinner tables, holding cups of coffee, or holed up in burntout bunkers.

Great conversations have transformed the world. In 1787, while sitting under a large oak tree on (future) Prime Minister William Pitt's estate, William Wilberforce, Pitt, and (also future) Prime Minister William Grenville had a transformative conversation. Pitt challenged Wilberforce to introduce a motion on the abolition of the slave trade. Wilberforce had already undertaken significant research on the slave trade and had been exposed to the idea on several other occasions, but it was this particular political conversation with friends that Wilberforce would recall decades later: He said he could "distinctly remember the very knoll on which [he] was sitting near Pitt and Grenville." Wilberforce would fight for the abolition of the British slave trade until his death.

Political conversation, in the past and today, whether for good or for bad, often takes place outside the confines of established structure. For example, Wilberforce and one of his fellow bachelor friends maintained a home near Parliament in order that their political friends could stop by for dinner on their way to attending to their political duties. It was during this time that they talked through political business. Sometimes, however, that means conversations deliberately exclude, as in Canada's English-speaking premiers and the exclusion of Rene Levesque, in the late-night Kitchen Cabinet conversation during the patriation of the Canadian constitution. In any case, for Wilberforce and others, political conversation required proximity and debate.

For the rest of us, there is a reason why meetings still occur. It is because we know that dialogue still matters. Mandela's The Elders know it too; a primary aim of their work is the promotion of dialogue. Despite most people's disdain for a meeting, ideas and concepts are embodied things that require discussion. They do not perform as well electronically. Nuance and depth are often lost in cyber-space. Ideas go to work in debate, with your colleagues and peers questioning your statements and propositions with a genuine commitment to an idea becoming the best it can possibly be. It sounds Socratic, and it is. It's a way of doing politics which has not been appreciably improved on since that time.

There is much to be gained in our technology-driven world. We can make our connections online, and educate and explore concepts in their infancy electronically. But when it comes time to develop an idea to its fullness, we owe it to our colleagues to sit in front of them and discuss the concept to maturity. This means you hop on a plane and meet the connection at the other end of the email. It means you find a "knoll" to sit on without distraction and you discuss the idea at length without interruption or an expectation of a quick fix. It means meetings, banal as they often feel, because there is a banality to goodness, as Michael Gerson has said. Under the surface of great conversations are the convictions, truths, and strategies that change the world.

Petra Bosma works as communications coordinator for International Justice Mission Canada. She holds a M.A. in Political Science with a specialization in International Relations, and an honours B.A. in English and Political Science, both from the University of Western Ontario. She's recently returned to part-time studies to pursue a M.A. in Communications at The Johns Hopkins University.

Want to Change the World? Call a Meeting