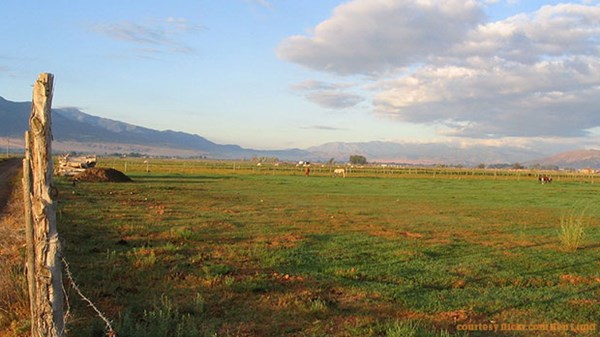 At root, Berry's Port William is a worshiping community. Indeed, I don't know another community, fictional or real, that so gives itself to worship. That worship doesn't always come in the shape of conventional public worship, but the life of Port William is shot through with the gratitude and joy that marks the worshipful life.

In one of the most luminous sections of the novel Jayber Crow, the title character says he is puzzled by the ascetic brand of Christianity he observed in the local church. He goes on to note the way that the people of Port William, including the minister, abandoned themselves to utter joy and delight over their meals and other simple gifts. "Some of them could make you a fair speech on the pleasures of a good drink of water or a patch of wild raspberries," Jayber says.

What I see in Berry, and what I've been learning to live out, little by little, is the centrality of worship to personal and communal health. By that I mean something like one of Clyde Kilby's resolutions for mental health: "At least once every day I shall look steadily up at the sky and remember that I, a consciousness with a conscience, am on a planet traveling in space with wonderfully mysterious things above and about me." In short, Berry has taught me to be grateful for Lincoln, grateful for the particularities of the plains and her people. Before I read Berry, my relationship to my hometown was ambiguous at best. I didn't hate it, but I certainly didn't love it either. I had learned to tolerate it while counting down the days until graduation and the chance to move to bigger, more exciting pastures.

Berry has changed the way I see my home. The landscape became more beautiful. Now I can drive 15 minutes down Highway 77 toward Crete, passing farms and what's left of the prairie, and the scene shoots straight through me. I can go on walks and feel the gusting winds off the Great Plains and welcome them with "unconsecrated relish," to borrow a phrase from Berry. The gospel of Christ alone changes hearts, but God works through many means in his creation. And one of the mightiest means through which he's done deep soul work in my life is through Berry.

Moreover, that love becomes contagious. Recently my wife and I, along with our pastor and his wife, hosted a local foods dinner with a few people from church. Each of us prepared a dish using locally sourced ingredients and, before we ate, told the rest of the group about what we had brought, where we got the ingredients, and how we made it. The night that followed was divine as a small group of people circled around one of God's most basic gifts and gave ourselves utterly to enjoying it. We're now talking with other church members about making these dinners a regular occurrence. And all of this goes back to a fictional town of a hundred-odd people somewhere in Kentucky.

What can Port William have to do with Portland? It depends on your meaning. If you're looking for practical discussions about best strategies for urban planning, not so much. But if you're talking about the most basic and visceral of Christian needs, then the answer is a great deal. The movement among evangelicals to revitalize urban areas with the Gospel will be successful to the extent that evangelicals themselves are enchanted by the God of that gospel and the world he has given us to both steward and enjoy. And for learning to become enchanted, I haven't found a more helpful teacher than Wendell Berry.

Jake Meador blogs at Notes From a Small Place.