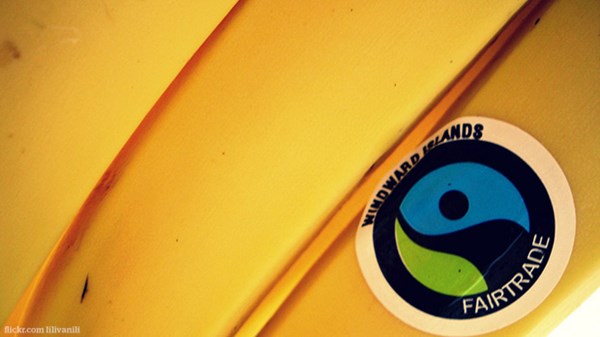 You Can't Buy Your Way to Social Justice

Why the activism of some fellow Americans scares me.
Rachel Pieh Jones

I'm afraid of some American Christians.

I am an American, but I haven't lived in the United States in a while. I live in Djibouti, a country in the Horn of Africa, and when you pick me up at the Minneapolis airport, I might invite you to coffee and suggest the wrong place—you know, one that doesn't serve fair-trade coffee. I will arrive wearing the wrong jeans—ones sold by companies that don't offer fair wages. And I won't use the right vocabulary—the language used by Western bloggers to talk about social justice.

I've spent more than a decade living among the wealthy and the poor and the uneducated and the doctoral students and Christians and Muslims. I'm trying to figure out how to love radically like Jesus and how to be radically in love with Jesus in a place with 60 percent unemployment, where the oldest university recently turned 13, and where 99.99 percent of nationals don't look like me, talk like me, think like me, or worship like me.

But I haven't read up on fair-trade coffee or researched human trafficking statistics or purchased fair-wage clothing. Partly, I haven't had time. Partly, I haven't had opportunity. My green coffee beans come from an Ethiopian woman on the side of the street. My beef was roaming Main Street yesterday. My clothes are whatever I could fit in a suitcase. I don't know the right way to talk about gender injustice, even though I talk with friends about female genital cutting in everyday conversations.

It used to be that people returned from humanitarian or faith-based work overseas with dowdy haircuts and last decade's fashion. Now, I'm afraid I will come back and not know foundational things like what or where to eat. I won't know where to shop to update my outdated wardrobe. I may very well be judged as wasteful for taking a long, hot shower (for the first time in two years).

And so some American Christians scare me. Passionate blog posts about offensive words like "the voiceless" and beautiful photos of homemade clothing and inspiring essays about living off the land inspire me to make more informed choices. But they also make me nervous about my ignorance after years of being outside this milieu and evolving language. They leave me with a pressing question and, at the same time, provide part of the answer.

Welcome home, Rachel. The church is growing faster in Africa and Latin America than in the US, apparently without the presence of lots of U.S. mission workers. If longterm mission work is your calling, by all means go. But in the 21st century, it’s often more effective and respectful to support the efforts of Christians working in their own regions. If physically going to an impoverished country would bring just change, Haiti would be a world power. Moving your family across town or world may change you and those you meet, but these acts--risky and well meaning--will not create the SYSTEMIC change needed to improve the lives of coffee growers or impoverished youth. During the SA anti-apartheid struggle poet June Jordan likened the position of US citizens to US slavery when slaves working in the big house had access to power etc field hands didn't. Some helped field hands, some didn't. US is now the big house, she said. We can use our access amplify ignored voices for systemic change.

Roger: Scientific statements and results are supposed to be verifiable. You consistently fail to provide references and confirmations for your beliefs. You dismiss the Brookings Insitution study as 'socialist' by way of response: you could have stated that statisical analyses do not prove causality. You could have mentioned that the study itself does not advocate minimum wages. Here's there overall conclusion: "Although the recurrent result is that minimum wages and poverty are inversely related, one cannot conclude that a rise in the minimum wage is the most cost effective way to reduce poverty. We do not estimate the efficiency losses that may result from higher minimum wages. Also, this empirical exercise is subject to all the caveats associated with cross- section analysis. Even if minimum wages can reduce poverty, they may not be the most efficient way to achieve this objective.’ " Socialist, right?

Roger: Low productivity is not THE cause of low wages- it is A cause of it. "In any market transaction between a seller and a buyer, the price of the good or service is determined by supply and demand in a market." (http://www.imf.org/external/pubs/ft/fandd/basics/suppdem.htm) Workers are the product- wages the price- employers the buyers. There is no DIRECT correlation between productivity and demand. The DEMAND for productive workers, will be determined by how much the buyer-employer- values increased productivity, and how much the seller-worker- charges for the increased productivity. Where supply far exceeds demand, wages will remain 'low'. I have already cited a study from Fordham, were greater supply correlates with lower wages. Further, the migration of the job to the 'poor person'- means the unemployment of the skilled, productive worker and their impoverishment.

Yes, there is a correlation between minimum wages and poverty: if the minimum is above the market rate, unemployment and poverty increase. If the minimum is at or below the market rate for unskilled workers, which it is in many countries including the US, then poverty falls. Minimum wage increases tend to follow development, not lead it. See, Brookings refuses to tell you the rest of the story. Clearly you want to help the poor and that is admirable. But you need to know what really helps and what doesn't. Free trade doesn't and socialist policies severely hurt the poor more than the rich. There is abundant evidence in developmental economics if you're interested. But you won't find any of it at the socialist Brookings Institute.

You Can't Buy Your Way to Social Justice