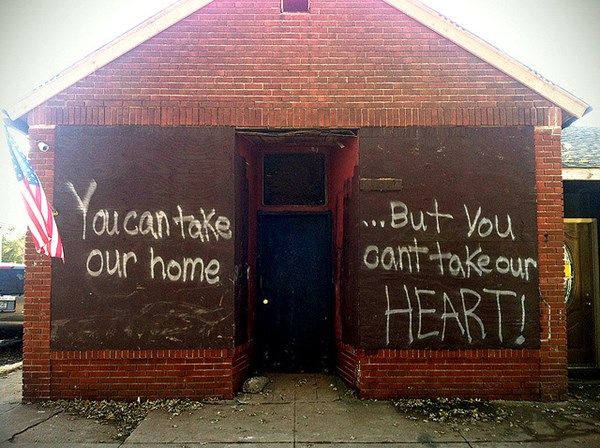 If there's one thing Staten Island pastors know on the one-year anniversary of Hurricane Sandy, it's this: The day a natural disaster hits your community is not the day to get to know each other.

One year ago today, when category-three Sandy caused the Atlantic Ocean to flood Midland Beach and the South Shore of Staten Island, houses, churches, and businesses were heavily damaged and lives were lost. Twenty-three Staten Islanders died in the flood—over half of the Sandy-related deaths in all five boroughs.

As the water subsided, the carnage was quickly evident, and Island pastors were among the first responders. Within 24 hours, work boots were donned and clean up efforts commenced. Three days after the storm, the pastors—representing different denominations and traditions—had organized their Island into a grid, dubbing each section a "parish." Churches were then assigned to a specific parish, ensuring no area was neglected. By the time Red Cross and FEMA workers arrived, they found an organized relief effort in full swing, with donation and distribution centers operating and clean-up crews already working. The 22 pastors and their churches were leading the way.

'Ground Zero for the Storm'

This kind of quick response and effective improvisation would not have been possible with the bonds already formed through the Staten Island Association of Evangelicals (SIAE). Their friendships prepared them to face the biggest challenge to their borough since the World Trade Center attack on September 11, 2001, when more than 270 Staten Islanders were killed.

Pastors from 22 churches throughout New York City's "forgotten borough" have been intentional about building relationships with one another since 1984, when the SIAE was established. Setting aside denominational divides and the ambition that can sometimes keep pastors from collaborating, leaders from a variety of racially, ethnically, and theologically diverse churches have been meeting regularly to pray and encourage each other. They also occasionally collaborate on public events aimed at gathering "the church in Staten Island," including prayer and worship events and public service efforts.

Tim McIntyre, pastor of Oasis Christian Center, is the current SIAE president and a resident of Midland Beach, one of the hardest-hit areas. "My house and my church were flooded," he said at a recent This Is Our City event in Manhattan. Displaced from both home and church, McIntyre turned to his fellow pastors in Staten Island. Oasis, which had been serving Midland Beach for about eight years when Sandy hit, "was ground zero for the storm."

"Our church became a rescue operation," said McIntyre. "We helped people clean out their houses and gut their houses, and our church was a place for storing supplies. We solicited what we needed from the community—cleaning products, bleach, brooms, mops, hand tools, garbage bags, gloves, and more. We wanted to help with the clean-up effort and to assist our neighbors in any way we could."

The communities around them came through. People from churches in the SIAE and beyond helped to set up food stands to feed workers who were gutting houses and carting away ruined possessions. Churches hosted volunteers, sometimes setting up makeshift shelters for them in their fellowship halls. In the weeks following the storm, several SIAE churches, including Salem Evangelical Free, Church at the Gateway, and Christian Pentecostal, were set up as supply distribution centers.

"It's all about trust," says David Beidel, founding pastor of New Hope Community Church in Staten Island's West Brighton neighborhood. "We have known each other for years. Some of us even grew up together. We have a level of trust that can only come through years of laboring together toward the common goal of seeing the gospel flourish in our city."

However, Beidel says, newly arrived leaders in Staten Island are also welcome. "I just had lunch this week with a young pastor who planted a church here not too long ago," he adds. "He has been really impressed by how we have worked together to rebuild after Sandy."

The storm also prioritized corporate prayer among the SIAE pastors. Their monthly prayer meetings have become weekly. "I believe the fact that we worked together so much after Sandy, and the fact that we were overwhelmed together by Sandy, caused this awareness of our being called to pray together," says Dave Watson, pastor of Calvary Chapel in Staten Island's Mariners Harbor neighborhood. Beidel agrees. "Our weekly prayer meetings for the past several months have been a very sweet time of fellowship."

But the SIAE leaders recognize that their clean-up efforts can go only so far. Last week New York State announced it would buy and bulldoze 400 abandoned or irreparable Staten Island homes. Some residents of the New Dorp neighborhood are still waiting for help.

"There are people who still have no resolution to their situation," says Watson. "They are without a buyout or without some sort of settlement. They are in two houses, one rented and one owned, but unsure what's next." Watson also mentions the longer-term devastation: Residents, especially children, carry memories of being rushed out of their homes, losing pets or all that they owned. "Post Traumatic Stress [disorder] is real and can still affect the children and their parents as we come up on the anniversary of the event."

Yet the churches marked the one-year anniversary on a positive note. On October 12, more than 30 churches collaborated for "Day of Hope," a festival at Midland Park, near some of the hardest-hit areas. "Everywhere you turned there were holy conversations, prayers being offered, praise being lifted, old friends and new friends embracing, tears of joy and gratitude flowing," said Beidel. "Frisbees, footballs, volleyball, face painting, henna tattooing, hundreds of hands ready to serve . . . Midland Ave Park was packed full of joy."

No church names were publicized. Instead, the event was hosted by SIERA, with participating churches large and small contributing food and manpower. "We had 400 family registrations (representing 1,200-1,500 individuals). No storm-impacted family left without a significant spiritual and physical blessing," said Beidel, noting that contacts that came through the ministry stations will be distributed among the pastors, who will decide which church will follow up.

Meanwhile, every day Pastor Watson meets people affected by the storm. During a recent trip to his neighborhood Boston Market restaurant, Watson spoke with the manager, whose home had been damaged in the flood. "I promised to pray for him. Our relationship has been ongoing for ten months," he says. That same day, Watson visited a local school where four teachers' homes were affected. "We had given funds to help them rebuild, and others know we have helped."

The storm has opened the door for Christians to build what Watson calls "redemptive relationships" in Staten Island. "In general, I believe the churches on the Island feel a lot better seeking to be the voice of Christ, because we are coupling it with already trying to be his hands and feet."