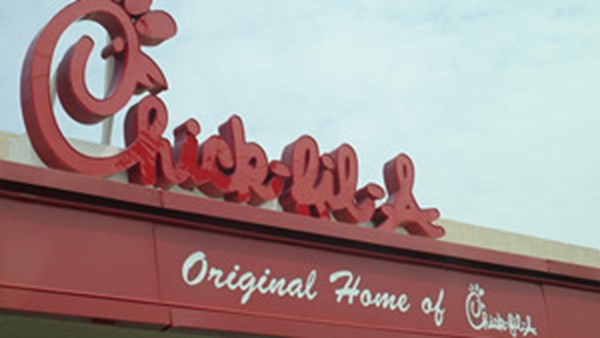 As the Chick-fil-A at a shopping center in west Richmond prepares for Chick-fil-A Appreciation Day—the newest salvo in a culture-war feud over gay marriage and free speech—some employees, like Jirom, have other reasons to appreciate their fast-food employer.

A native of Eritrea, Jirom fled to the United States in 2008 to avoid being conscripted to military service for a government that opposed his Christian faith, and to be with his fiancée, Tirhas, whom he had met at an Ethiopian refugee camp. Like most of the 60,000 refugees who arrived in the U.S. that year, he had little money and few relationships to land on his feet. But a Christian couple, inspired by their church's sponsorship of a large Burmese family, decided to open their doors. They gave Jirom a room and one of their cars, helped him and his fiancée navigate marriage paperwork, and enrolled him in a local GED program. And then they employed him: Jirom now works full-time at the Westchester Commons Chick-fil-A, where Spanish, Nepali, Burmese, Tigrinya, and Amharic are spoken to a suburban clientele ordering fried chicken nuggets and waffle fries.

The fast food restaurant of a thousand lands is the work of Erik DeVriendt, the owner/operator of this Chick-fil-A since June 2011. Since moving to Richmond in 2006, DeVriendt has wielded his vocational skills to address the needs of Richmond's refugee population: namely, steady and life-giving employment. Including Jirom, DeVriendt has employed some 13 refugees for his 67-employee team, often receiving referrals from Commonwealth Catholic Charities, the local resettlement agency. The agency helps with paperwork and training, but DeVriendt is not incented financially for hiring refugees. He simply wanted to "help them in the most tangible way possible, so we stepped up to the plate and took a swing."

DeVriendt first learned about the plight of refugees through the Richmond Christian Leadership Institute, a year-long leadership program that trains Christians to understand the history and cultural dynamics of their city. "I remember [hearing from] a pastor whose congregation was made almost entirely of refugees from various African nations," says DeVriendt, who was part of RCLI's 2007–2008 inaugural class. "I was humbled that the stranger and alien talked about in Deuteronomy were literally in my neighborhood and I didn't know." His first team included seven men and women from Bhutan, including a man with a graduate degree in library science—a rare feat in a country where the average citizen earns $1,300 a year.

"Many of these men and women are highly educated and have positions of power in the communities they come from," notes DeVriendt. "But it seldom translates into similar employment in the U.S." As refugees move to Richmond for its moderate living costs, large size, and vast parachurch ministry network, he hires them in part to help them learn English and accustom them to American culture while they get settled. And while he's careful not to give the refugees preferential treatment, DeVriendt supports them beyond a weekly paycheck: coordinating rides for the Bhutanese, helping the Burmese with their finances (DeVriendt was a director at Capital One before opening the restaurant), and connecting them to local ESL programs. He also does the taxes of Jirom and his wife, who now attend DeVriendt's church, Northside Church of Richmond.

All of these efforts flow out of DeVriendt's Christian commitments, ones deeply embedded in Chick-fil-A culture. Founded in 1946 by Southern Baptist businessman S. Truett Cathy, the Atlanta-based franchise's stated goal is "to glorify God by being a faithful steward of all that is entrusted to us." Hospitality, customer service, and a 6-day workweek reflect Cathy's desire to incorporate biblical values into the workplace. So does president Dan Cathy's recent comment about the traditional family, which has drawn ire from Chicago politicians and support from Billy Graham and Mike Huckabee. The latter's Chick-fil-A Appreciation Day is expected to draw over 500,000 extra customers today to the company's 1,600 restaurants. But DeVriendt says the recent imbroglio hasn't changed his goals. "We appreciate all of our customers and are delighted to serve them at any time," he says.

He's more excited about a friendship budding between Jirom, a Christian, and a Bhutanese employee, a Hindu. "They work shoulder to shoulder four days a week, and I've overheard them lately discussing matters of faith," says DeVriendt. "While evangelism isn't a stated goal of ours, it has been neat to see the way God weaves himself into our business to enable conversations about faith."

"When Erik first opened the Chick-fil-A, people told him that his idealistic plan to employ refugees would never work," says Erik Bonkovsky, lead pastor at City Church of Richmond. "But months later, he's proving skeptics wrong. Erik has been a committed and steadfast advocate for refugee employment in Richmond. For every refugee he employs, an at-risk family is stabilized."

DeVriendt says he's getting more than he's giving. "We've been blown away by how [hiring refugees] has challenged our team and ultimately blessed our business," he says. "I think that's the only way we can make this city flourish—by actively loving rather than just agreeing that it would be a good thing if someone else did something."

Late to this conversation, but i have to point out, Esther you missed something that's incredibly important."Do you not know that the unrighteous will not inherit the kingdom of God? Do not be deceived! The sexually immoral, idolaters, adulterers, passive homosexual partners, practicing homosexuals, thieves, the greedy, drunkards, the verbally abusive, and swindlers will not inherit the kingdom of God." Was written in the New Covenant not the Law of Moses that Paul referred to.

Paul spends a lot of time explaining to the early Church that, since Christ, we are not under the law anymore (Romans and Galations and Colossians 2:14 - The text was nailed to the tree.) We can't use the Bible as a new legal text. As Paul puts it - all things are lawful but not all are beneficial (Corinthians). Christ left us the Spirit not a book. So evangelical Christians should support same-sex marriage because it brings people into committed monogamous relationships - hindering promiscuity and loneliness. Instead we should be focussing on climate change and economic justice. Why don't we hear about these?

I don't know Steve -- it appears that you could be making your comment to Susan as well. "You might discover that many people with whom you disagree are motivated by loving the same savior you do." I hear the word love thrown around in ways that have nothing to do with Judeo-Christian theology. For example, there is love of friends; love of family; eros; and Agape. Many people in today's world love God on their terms -- not His. Of course God is neither Left, nor Right -- He is Holy, period. In 1Corinthians 6:12, "All things are lawful for me, but not all things are profitable. All things are lawful for me, but I will not be mastered by anything." This passage speaks of the things which are allowable by God. In the preceding verses -- 9,10, we see a list of things that will definitely prevent people from entering God's kingdom. Thus, I conclude, all things are lawful for me -- within God's established parameters. I don't see Mike's input as missing the point.

@mike - you're missing the point. Instead of hearing how this man decided to take a risk and love his neighbors, you turned around and started demonizing other people because you dislike their ideas (the same thing you hate them for doing to you!). How are you going to "remove the hard left" - planning on setting them out on a raft in the ocean? Of course there are people in any group who are hateful, but maybe you should get to know some people on the "hard left" and find out what they care about - much like this employer got to know refugees. You might discover that many people with whom you disagree are motivated by loving the same savior you do, but would disagree with you on what Jesus would do in a particular situation (for example, they think loving gay people trumps regulating marriage). Even if they are WRONG, they deserve to be heard (and sometimes you and I are wrong, too). This kind of polarized "get rid of them" attitude is what keeps our country from moving forward.

No matter how much this establishment does its best to aid refugees in need the left will always have a reason to despise and resent any Christian establishment whose ideals are the very antithesis of their own man made relativism! If this is not reason alone to do all that we can to remove the hard left and the party that provides a home for them then we deserve the kind of nation we now have. Anybody hear from Tony Campolo lately or maybe he is too busy fellowshiping with Jon Stewart?