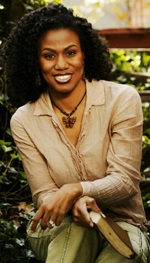 Priscilla Shirer is a BIBLE teacher. Through the expository teaching of the Word of God to women, her desire is to see women not only know the uncompromising truths of Scripture intellectually but experience them practically by the power of the Holy Spirit.

Priscilla is a graduate of Dallas Theological Seminary with a master's degree in Biblical Studies. She has been a conference speaker for major corporations, organizations, and Christian audiences across the United States and the world.

In 1993, Priscilla's speaking ministry began while she was in college. Although her plan was to receive her degree in radio and television and go on to be a television news anchor, God had other plans. While interning at a Christian radio station in Houston, she began to receive invitations to do Bible studies at small women's events in the area. As an 18-year-old freshman, she went to these events and shared the simple truths of Scripture that she was studying in her own personal time with the Lord.

In 1997, while in seminary, she received a request to facilitate a Bible study at Ziglar Training Systems in Dallas, Texas. It was that day that she met international motivational speaker Zig Ziglar, who became not only her friend but also her mentor. She was asked to come on board as one of the company's motivational speakers and corporate trainers. In this capacity, she has provided training and inspiration to hundreds of companies and their employees across the country and abroad. Still, her desire was simply to teach the Word of God to women.

Priscilla is now in full-time ministry to women across the country and the world. She is the author of A Jewel In His Crown, A Jewel In His Crown Journal, and And We Are Changed: Transforming Encounters With God (all Moody Press). The Lord has incorporated her love for television into her ministry by allowing her to author two video-driven Bible studies with LifeWay Christian Resources. In He Speaks To Me: Preparing to Hear from God and Discerning the Voice of God: How to Know When God Speaks, Priscilla guides participants on a six-week Bible study that will equip them to more accurately discern God's leading in their lives. Both of these studies have been adapted into trade book format by Moody Press.

Priscilla is married to her best friend, Jerry, and the couple has two sons: Jackson (4 yrs) and Jerry Jr. (2 yrs). They live in Dallas, Texas.

Jerry and Priscilla have founded Going Beyond Ministries through which the message of God's desire for a passionate love relationship with His children is boldly proclaimed. Going Beyond Revivals for women occur across the country several times a year.

END_OF_DOCUMENT_TOKEN_TO_BE_REPLACED

Are You Living Your Calling?
END_OF_DOCUMENT_TOKEN_TO_BE_REPLACED