Get to know Tracey Bianchi, one of our Gifted for Leadership editorial advisors.
Read as Single Page
Page 1 of 1 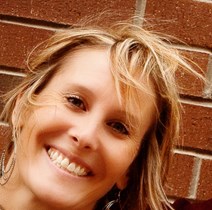 Tracey Bianchi ministry leader and freelance writer who makes her home in the Chicago suburbs with her husband Joel, their three young children and sometimes, a trusty goldfish. Tracey serves as a pastor with women's ministry and worship teams at Christ Church of Oak Brook, a congregation with a weekly worship attendance of 2000+ located in the suburbs of Chicago where she has worked for 15 years. She earned her Master of Divinity Degree from Denver Seminary and a BA in History and Political Science from the University of Iowa.

Her musings have appeared in places like MOPS International, Sojourners, Moody Radio, The Washington Post, Huffington Post, Today's Christian Woman, Proverbs 31 Ministries, Leadership Journal, Gifted for Leadership and more. She was named one of Christianity Today's "50 Women to Watch: Those Most Shaping the Church and Culture" in 2012 and has received a variety of additional accolades for her writing and speaking. Her first book Green Mama: The Guilt-Free Guide to Helping You and Your Kids Save the Planet (Zondervan) was released in 2010. Her most recent project is the theme book for the 2012 MOPS International Year. Mom Connection: Creating Vibrant Relationships in the Midst of Motherhood (Baker/Revell).

Tracey also serves as a board member with the Evangelical Environmental Network as well a member of the Synergy National Advisory Team.

END_OF_DOCUMENT_TOKEN_TO_BE_REPLACED

Men and Women Working Together
END_OF_DOCUMENT_TOKEN_TO_BE_REPLACED