The Titanic Need for Authentic Leaders

How do you exercise authority without pretending you have it all together?
Read as Single Page
Page 1 of 2 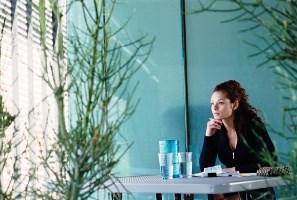 Sometimes I'm embarrassed to admit that I would rather jam out to My Chemical Romance than contemporary Christian music. "His Banner over Me," frankly, gives me heart palpitations. But "Welcome to the Black Parade"? Now that preaches. This may seem inconsistent with my profession as a writer and professor of Christian spiritual formation and leadership, but actually, nothing could be more emblematic of the changing leadership paradigms in the church.

Out of the shadows of the September 11, 2001, terrorist attacks, Americans started looking for a new kind of leader. We'd already begun to move from the "control and command" style of leadership that characterized some of history's greatest leaders—like Winston Churchill and Margaret Thatcher—toward a type of leadership that focused on people's needs rather than the objectives of the leader. This transformational leadership style focused on modeling the way, enabling others to act, inspiring vision, and encouraging the hearts of followers.

But September 11 changed that. Frank Rich of the New York Times aptly summarized the national ethos: "On a day when countless children in America lost their fathers, the rest of us started searching for a father, too. When a nation is under siege, it wants someone to tell us what to do, to protect us from bullies, to tell us that everything's O.K. and that it's safe to go home now."

It's no longer just transformational leadership we want. We want someone authentic, someone trustworthy to guide us, and the financial horrors of Enron, the Bernie Madoff Ponzi scheme, and the global financial crisis have only deepened that desire.

The church, for better or worse, is a microcosm of America's shifting leadership preferences. While there are still "command and control" type pastors in some pockets of the United States, for the most part we've been looking for leadership that is more like stewardship or servanthood. We're looking for leaders who say what they mean and mean what they say, who listen to differing views, make decisions on their core beliefs, and act in ways consistent with their beliefs.

Most of all, perhaps, we're looking for leaders who have the chutzpah to admit their failures, mistakes, and questions. Maybe we want authentic leaders who can admit that the Christian life isn't always contemporary-Christian-music-cookie-cutter-perfect, that sometimes it's a little more like "Welcome to the Black Parade"—fraught with brokenness and weakness.

The trouble for Christian women leaders, though, is that it can be difficult to be "authentic" and at the same time maintain a certain level of authority. The road for female Christian leaders hasn't been easy, and many have gotten to places of influence because of their ability to "have it altogether"—or at least appear to. So how can Christian women leaders work toward creating a culture of candor in their organizations?

The Titanic Need for Authentic Leaders

END_OF_DOCUMENT_TOKEN_TO_BE_REPLACED

The Strong Power in Every WomanDoes the Bible Really Say I Can’t Teach Men?Meet Sexual Sin with Truth and GraceHow to Be a Spiritual Mother

Men and Women Working Together
END_OF_DOCUMENT_TOKEN_TO_BE_REPLACED