The Fragrance of Leadership

Is your influence inviting?
Read as Single Page
Page 1 of 2 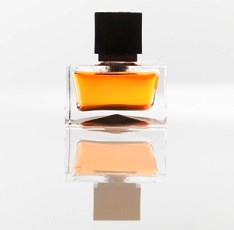 Standing in my friend's kitchen while she was making oatmeal, I was immediately transported back to my grandmother's home, where every morning of my summer visits, she would make the best oatmeal on the planet. Loading it with real cream and brown sugar, she would place the bowl in front of me, making me feel special and loved. Now, once again, I was feeling that same sense of comfort and love.

The aroma of oatmeal that evoked a powerful emotional response in me is much like the fragrance of influence. Leadership influence, the effect of one person on another, has the power to shape the destiny of others, either negatively or positively. Positive influence is grace-filled, generous, and authentic. It leaves a sweet fragrance. Negative influence leaves a putrid stench—it focuses on tasks rather than relationships, hoards ministry, and is pride-filled. Let's look at Dana and Lisa, two hypothetical leaders who wield their influence differently.

Tension filled the air as the team waited for Dana, the director of women's ministry, to enter the conference room. After two years, Dana struggled to garner the respect of her team. Four members resigned and the remaining women were on the brink of leaving. Her influence impacted her team negatively because of the following:

• Tasks Trump Relationships—Dana expected her team to execute her vision before she invested in building relationships. Consequently, her team did not have "buy in," did not value the task, and felt they were being used.

• Hoarding Ministry—Dana rarely gave projects to her team to execute and micromanaged the process, leaving them feeling unvalued and inadequate.

• Pride—Thanks to a superstar complex, Dana's identity was embedded in performance. If her team members brought a concern or criticism to her attention, she took it personally and accused them of sabotaging the ministry. Pride kept Dana from recognizing her weaknesses and submitting herself to spiritual oversight.

Lisa and her team celebrated yet another successful fundraiser for the community. For the seventh year in a row, Lisa ended the fundraising season with a dinner to honor her team, thanking each member with a gift of her appreciation. At the end of every celebratory dinner, the same team signs up for next year's fundraiser with one stipulation: that Lisa lead the committee. Lisa's influence positively impacted her team because of the following:

The Fragrance of Leadership