In an age of social media, perhaps more than ever, what is whispered in the dark will be brought into the light 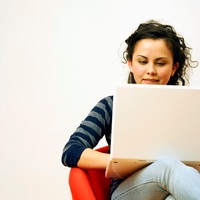 "Imagine if every thought that ever passed through your mind were projected up on a movie screen for all to see." Ever hear a pastor bring up that idea in a discussion of sin? Me too—more than once.

A couple of months ago, that image came to mind when word broke that Facebook had accidentally posted old private messages on users' public walls for all to see—amid widespread outrage and frustration. Just like on that fabled screen, private, closely-held information suddenly was broadcast in a way that was never intended—or desired.

The Facebook glitch also brought to mind these words Jesus said to his disciples:

"The time is coming when everything that is covered up will be revealed, and all that is secret will be made known to all. Whatever you have said in the dark will be heard in the light, and what you have whispered behind closed doors will be shouted from the housetops for all to hear!" (Luke 12:2-3).

The topic here was a warning against the Pharisees, with their tendency to hide behind a false mask of piety. Now as then, leaders can be the worst offenders when it comes to hypocrisy. But it's all going to come out at some point.

Of course, "whispering behind closed doors" isn't the same as a private conversation—and there's nothing wrong with private conversations. In fact, there are many things right with them. When Facebook first launched, some took issue with the whole public "wall" feature: why write something intended for receipt by one person in a public forum, for everyone else to see? Why say publicly what could be said privately? And in a world where social networking can feel synonymous with over-sharing, there's some fairness in that question.

But we all quickly grew accustomed to this kind of public-access communication between individuals. It's most of the fun of Facebook—and Twitter, and social networking in general. Why? Because social media excel at enabling surface-level information-sharing and community participation. It's all about getting things out to the masses and having group-style conversations about facets of our private lives. But it's not so good at taking individual friendships deeper. That's why the majority of us utilize the public-forum functions more frequently than private messaging.

Social media, like many facets of modern life, stretch and blur the lines between public and private. Today we want robust private and public lives—the best of both, without the costs associated with either. This, I think, is why that Facebook privacy breach is relevant to Jesus' comments about private and public worlds. They're as pertinent today as when he said them because they emphasize two key facets of his call to holy living: authenticity and care with words. These may be even to harder to navigate today than they were in Jesus' day.

Authenticity. Jesus calls us to live openly and truthfully, consistent in all settings and honest about our failings—not to excuse our sin, but so we may repent and be changed.

This is where the private/public divide comes in, and today misalignment between the two occurs in person and virtually. The public self is my "best foot forward" self—the earrings I throw on before leaving the house, the cute (not chaos-laden) family photos I share via social media. It's the me I most like and wants others to see. The private self is less polished and often less godly. Private me can be judgmental, gossipy, and self-interested in a way that public me would never be. She can be petty, too, and complaining. Reasons like this are what tempt me away from authenticity—inclining me to prefer my private messages stay private, not go public on a wall.

The Pharisees' energy went into hiding their sin and pretending not to sin; Jesus asks us to instead put that energy into confessing our failings and letting him help us grow in holiness. He wants authentic people pursuing integrity in him. This truth is all the more important for leaders to grasp, because Jesus frequently elevated mistake-making folks: Peter, Paul, Mary Magdalene. He's after flawed but honest people, willing to admit their mistakes and seek him for redemption.

Care with words. There's a lot I love about today's connectivity, but one negative component is the way it diminishes our use of language and our care with words. We fire off a quick text or email, thumb a status update at a red light, squeeze in a call from our cell. By every measure, communication in our multi-tasking world is often done in haste. This makes the biblical admonition to be "slow to speak" harder than ever to apply—and sin in speech harder than ever to avoid.

Those of us in leadership positions, more than anyone else, should be taking this reality to heart. Failure to maintain purity in speech is the one reason cited when James told his readers, "Not many of you should become teachers in the church, for we who teach will be judged more strictly" (James 3:1-3). We lead by example more than through any other means, and our words matter a great deal. We can do great damage to the reputation and cause of Christ through the words we use. Following Jesus means striving for what James calls "control" on our tongues—and our fingertips and thumbs besides.

The Facebook private message/public wall glitch provides an objective glimpse into how these issues really feel—and play out—in today's world. But any honest assessment of our social media usage can do the same thing. Are we authentic people, the same in public as we are in private? And do we choose our words carefully, regardless of our hearers (in person or virtual)?

May we live in such a way that the harsh words Jesus used to reprimand the Pharisees will not be those he uses with us.

Susan Arico is a consultant, providing strategic and program-related assistance to Christian nonprofits. A mother of four young children, Susan also blogs on parenting topics at Souls in the Sandbox.