How to Empower the Women in Your Church

Start by addressing stereotypes
Read as Single PagePage 1 of 2 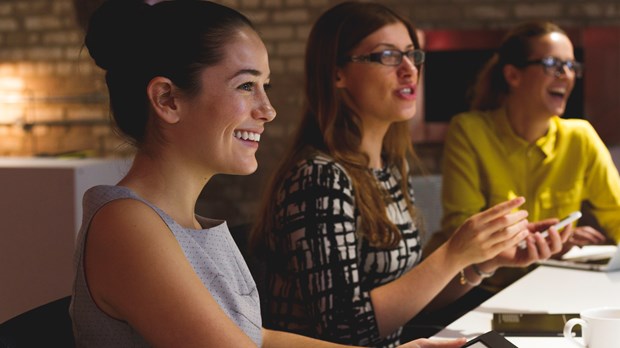 I am currently a student pursing a PhD in educational studies. I have a great passion for women in our churches, and I hope my research will one day serve them, so I love to share what I'm learning from time to time. Especially when I think it can help church leaders.

In recent months I have studied a phenomenon called stereotype threat. This term refers to the pressure individuals feel in the classroom or workplace due to perceived stereotypes about themselves. For instance, women are sometimes stereotyped as being less capable at math, which can influence the way young girls perform in their math classes. If they believe they are worse at math, they are likely to perform worse regardless of natural ability.

Numerous studies have shown that the simple presence of a stereotype can inhibit academic performance, but it creates an additional obstacle. If a student or employee anticipates being stereotyped, some will actively try to undermine the stereotype. For example, a businesswoman may fear being perceived as overly emotional by her male colleagues, so she intentionally minimizes her emotions and conducts herself stoically. Unfortunately, the cognitive energy she puts into combating the stereotype also inhibits her performance. Likewise, students who find themselves resisting a stereotype in a classroom setting are less able to learn and engage the subject matter.

It is remarkable and troubling that a stereotype can be so powerful. Fortunately, researchers have also looked into the best methods for breaking the power of stereotype threat, and they have discovered two primary options:

1. An authority figure publicly debunks the stereotype. In a study at Stanford University, a group of men and women were administered a math test and their performances were recorded (Spencer and Steele, 1999). Then the same math test was administered to a different group of men and women, but with one small change. This time, before the students began, the test administrator told the group that there was no previous gender discrepancy in performance on this test. This simple statement debunking the stereotype about women and math made all the difference. The women in the second group tested better.

2. In-group role models. It is also helpful for victims of stereotype threat to see individuals from their own group (i.e. women or minorities) functioning competently outside the stereotype (McIntyre, Paulson, Taylor, Morin and Lord, 2011). Having a talented female math teacher, for instance, can help dispel the myth that women are not good at math.

How to Empower the Women in Your Church