Mentoring makes a difference, even from afar 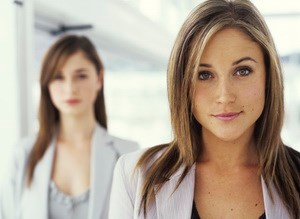 Not long ago, I messed up something for a client. She emailed me about it and I emailed back an apology.

And then I waited.

I watched the clock tick. No response.

I burned with stomach acid and shame.

It was an idiot mistake. Anyone with a little professional savvy would've known better. Sorry or no sorry, she was going to fire me. I knew it.

The next day my iPhone pinged mid-morning. It was her. She sent a simple word.

Um. Okay. Phew. Not fired. In fact, not even in the dog house. In fact, maybe I overreacted a little.

She thanked me for the apology and moved on.

One thing ran through my head: I am not fit to be an adult. What am I, a kindergartner? Afraid Teacher will be mad at me?

Well. Yes. It's completely logical to me that when I mess up, I am then called into question. Am I capable? Is this even a right fit? How will I overcome this new reputation of being one who messes up?

Her response neutralized all that. The more I considered her response, the more I realized what she'd just done for me personally and professionally. She had modeled for me a leadership skill of addressing something, then moving on. Maybe I'd heard about that kind of leadership before, but she modeled it. And she modeled it at just such a time as it would influence the way I carry out my future plans.

Riddle me this: is it more important for a leader to drive others to excellence, or to show a neutralizing "Let's move on" to them on a day when they're not their best?

When Jesus was arrested and taken to the courtyard of the high priest, a lot of excruciating drama was unfolding. Peter stood nearby warming himself by a fire. A young girl asked if he was a disciple of Jesus.

Peter is my hero because, like him, I would absolutely be the one to pull together a cool one-liner at the most inopportune time and toss off a response to that girl. In his moment of truth, Peter said, "I am not" (John 18:17).

If it were me, I would then run through this diatribe in my head: I mean, yes I am. Yes, I am! I'm just scared. Am I one of his disciples? Yes, I am.

I could almost weep, I so relate to that guy. Then along came chance number three.

A guy got a good look at Peter and asked again if Peter was from Jesus' group. (P.S. Peter—I think he knows it's you.) Peter, come on! Just say it out loud now with a third chance to set the record straight.

Instead he cursed and muttered something akin to "Nope. Nada. Never met the guy."

Cue the cock crowing, and ladies and gentlemen, this is my life! Chance after chance to say and do the right thing and how do I land over and over?

Among my mistakes. Missed opportunities that need fixing. Again.

It wasn't until later that Jesus responded to Peter. After he died and was risen and met Peter at his boat and asked if Peter loved him, Jesus told Peter to "Feed my lambs…take care of my sheep…Follow me" (John 21:15-19).

Peter. There's work to do. Let's move on.

I know some mistakes are bigger than others. I know repercussions are called for. I know sometimes correction is the response that leads to growth. Of course!

I also know it is a sign of a seasoned, bright, purposeful leader who discerns the difference. I know that because I was just on the receiving end of that kind of leadership. Do you want to know what it feels like?

It feels like I can do my job better now and, because of a behavior modeled to me, I can now model it to someone else.

This sounds small, but it is no joke.

The June 25, 2012, edition of Newsweek described how "women are storming the barricades of corporate America" thanks in large part to mentorships among women. "Debunking the queen bee stereotype, in which female bosses are especially hard on their female subordinates, the [multiyear survey by the non-profit research group Catalyst] found that 73 percent of women who mentored colleagues helped other women."

Christine Silva, head researcher of the Catalyst study, categorized it as a "virtuous cycle."

It matters in corporate America. It matters far beyond that. Recently, women in the Philippines began mentoring other young women through a new International Justice Mission program. These are women who have been rescued from slave trafficking. Their reaction to healing and growing strong is this: mentoring other women who are trying to heal and grow strong.

If it's true that the harvest is plentiful, but the workers are few, I want to encourage the workers who are picking up the slack. Your work in leadership is contributing, perhaps more than you even know.

For instance, I never emailed back that client to tell her what her leadership moment meant to me. I would have had to explain to her my stomach acid. Not cool.

So I'll start instead with you. Thank you for modeling leadership. Please continue.

Janelle Alberts is a freelance writer and has managed marketing and media relations needs for various clients such as Microsoft, Wells Fargo and UPS.

END_OF_DOCUMENT_TOKEN_TO_BE_REPLACED

Are You Living Your Calling?
END_OF_DOCUMENT_TOKEN_TO_BE_REPLACED