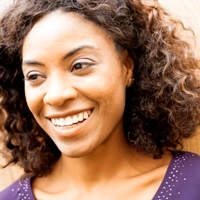 I was in my early twenties when I took my first ministry assignment. I soon experienced what I call quick fruit—favor and multiplication of my ministry. I had many offers for highly influential positions at a young age. For example, I was appointed a district leader to more than 180 churches in British Columbia.

My heart was full of love for my Savior and passion to serve him. I was fearless, strong, and ready to take on large challenges—but I didn't see a heart of pride growing inside me. It eventually destroyed my heart and ministry.

Now years later, after repentance, transformation, and needed restoration, I can watch for key symptoms of pride in my personal life and ministry. I see these same symptoms in examining the life of Hezekiah, the King of Judah written of in 2 Chronicles 32 and Isaiah 38-39. Hezekiah tore down the idolatrous high places and brought Judah back to her God. Yet four triggers in his life made him susceptible to pride's destruction. Perhaps you'll find these same four triggers in your own life.

I took ownership and credit for the talents I possessed, which resulted in my getting caught in the trap of success and measurement of results. The problem with measurements of success in ministry is that they are moving targets. I justified my ambition by calling it "love for the ministry," but inside of me pride was taking root without notice.

God had given Hezekiah immense riches, wealth, and honor, and he prospered in all he did. With all his wealth, the Bible says he created for himself treasuries of silver, gold, precious stones, spices, and shields; storehouses to produce grain, wine, and oil; and pens for all kinds of cattle and sheep. Scripture also states he made great cities for himself.

When Merodach-Baladan, King of Babylon, and his officials came to visit Hezekiah, he was pleased to show them all his treasure. (I'm not in the army, but am I wrong to think that showing the enemy your armor is a bad idea?) "There was nothing in his palace or kingdom that Hezekiah did not show them" (Isaiah 39:2). Here's the key: God had left him alone in this matter "in order to test him and to see what was really in his heart" (2 Chronicles 32:31).

Did you catch that? My treasure. My fruit. My ministry. We forget we are only stewards of the gifts and the call, not the owners. The root of pride shows its ugly face when we dare claim to be the authors of such greatness. This became easier than I thought even while I was praying for God to guard my heart against pride. Each time I strove for more success, more results, seeing people as projects rather than those I was called to serve, pride grew undetected.

I've got to say, it's wonderful experiencing quick fruit in ministry. It's a great reward for hard work and seems to confirm the call of God on our lives. But it also is a very scary place to be. The church as a whole idolizes leaders with quick fruit and creates a celebrity status that isn't healthy for the life of one called to serve, despite the obvious fruit. What does this say to those who toil with a pure heart but see nothing? Can you see what granting celebrity status and idolatrous celebration of quick fruit does to the heart of a leader, especially a young leader without seasoned wisdom? This only models ministry as a means to gain success, not to serve the least of these.

I believed God owed me for serving him. I never would have believed that about myself if you would have called me on it, but looking back, I can see this attitude all over my life. When ministry was going well, I rejoiced in God's goodness. When ministry doors instantly closed and my dad passed away from cancer all within three months, I blamed God. I thought he was angry with me. My life became filled with shame and bitterness. I wondered how God could allow such awful things to happen to me, considering I had given him my life and served him with all my heart.

I was surprised to see Hezekiah struggling with the same attitude. When the prophet Isaiah told Hezekiah he was going to die, Hezekiah wept bitterly, telling God how he had lived in truth and served God with a whole heart up to that point (Isaiah 38:3). I could hear my complaints echoing in Hezekiah's voice as I read the Scripture. "How could you do this, God? I've served you! I don't deserve this!"

Despite his attitude, God did something wonderful for Hezekiah. He added 15 years to his life and promised to deliver him from the King of Assyria. The sign God gave him was nothing short of a miracle as he moved the shadow on the sundial back ten steps right before Hezekiah's eyes (Isaiah 38:7-8). What a beautiful picture of God's grace. Even in our darkest hours, God is there showing himself faithful. Do we see him moving on our behalf, or are we blinded by our own remorse? This exact posture held me captive for two years.

Bitterness is dangerous to the life of a leader. Once it has taken hold, no matter how gifted, that leader is at risk of losing all she has built. Not only are we unable to recognize God's provisions, but we take on an independent heart that says, "I'll do it on my own." We lose our dependence on God, because in our minds, he has failed us. Once this shift in trust has happened, gratefulness has left the building. My two years of independence from God was void of thankfulness for the times I had seen good things come from my efforts. Second Chronicles 32:25 says, "But Hezekiah did not respond appropriately to the kindness shown him, and he became proud." Leaders, we need to keep our hearts from the sting of bitterness.

These triggers are dangerous to a leader's heart condition: taking ownership for the gifts God has trusted us to steward well and believing, even subconsciously, that God owes us for our efforts to serve him. We are called to guard our hearts, which determine the course of our lives (Proverbs 4:23).

Next week, Part 2 will explore the two remaining triggers.

Connie Jakab is a blogger and author of Culture Rebel: Because the World Has Enough Desperate Housewives. Connie is an active speaker and worship leader, and lives with her husband and two boys in Calgary, Alberta Canada. She can be found on twitter @ConnieJakab.