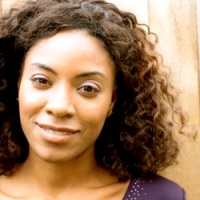 How does one start with passion to serve Jesus, fearless, strong, and ready to take on large challenges, and have a heart of pride growing inside? It's easier than you think. In Part 1 of this article, I mentioned two triggers to watch for, which encouraged the growth of pride in my personal life and ministry and can lead to the downfall of a leader. My struggles were similar to what I noticed in the life of Hezekiah, King of Judah mentioned in 2 Chronicles 32 and Isaiah 38-39. The final two triggers to watch for are outlined in this second part of the article.

I had a disconnect between my intentions and my actions. We tend to judge others by their actions rather than intentions, while we judge our own actions by our intentions. This is particularly dangerous to the life of a leader if she can't distinguish between what she intended to do and what she actually ended up doing. I was one who couldn't distinguish the difference.

My intentions were to serve God with a pure heart and love people, but my actions were fed by underlying pride and approval addiction, producing artificial results. Yes, I could produce numbers that looked good from a church-growth perspective, but the quality of my heart was neglected as I looked to further ambitious outcomes rather than cultivate a well-balanced spiritual diet of introspection and authenticity.

Hezekiah also seemed to display a disconnect between intention and action. On one hand we see a courageous leader, fully trusting in God's provision and defense (2 Chronicles 32:6-8), doing what was right in God's eyes, taking care of the poor in his nation, tearing down the high places, and calling his people not to be unfaithful or stubborn toward God, but to yield to God (2 Chronicles 31). Yet on the other hand, we see Hezekiah giving God no credit for the provision he bestowed because of a prideful heart (2 Chronicles 32:25). He humbled himself only to stop God's wrath from coming in his lifetime.

Leaders need to be careful not to fall into the trap of thinking just because we've said it (or read it), we're living it. What is taught out of our mouths isn't necessarily done through our actions. We have to be just as intentional, if not more, about how we apply what we are teaching so we don't sink into this deception. This disconnect only leads to justification of actions that "don't apply" to us. We can easily trick ourselves into thinking whatever we'd like to give grounds for why we are the exception. It's important to be brave, look inside, and allow God to take a true inventory of what's going on and make adjustments. The life of our leadership and those we lead depend on it.

I was consumed with thinking about success in the moment, not about leaving something valuable to the upcoming generation. The irony of this is that I was in children's and youth ministry and preaching about raising up the next generation of leaders! This was easy to preach from a pulpit, but my daily actions and allowing pride to remain in my heart turned my leadership into something selfish. I want you to know that this is something I have been able to see only in looking back. In the moment I was full of fervor and most of my actions were done out of a heart that wanted to do my best for God and those I served. I wanted transformation in my church, community, and city. But I had underestimated the value of the little things: the little choices that built up over time, creating a bigger message that wasn't focused on leaving a legacy but covered with excuses about my negligence in the little things.

Little things matter. The daily choices we make as leaders build to tell a story about us that speaks louder than the successful moments we want to believe are louder. Hezekiah's choices in the little things, such as creating treasuries for himself and showing them to the enemy, not giving God benefit for adding to his life, and allowing pride to enter his heart without notice, all built up into a bigger story that was passed down to his son.

Hezekiah was rebuked by God, through the prophet Isaiah, for showing his treasuries to the king of Babylon. God declared that a day was coming when "everything in your palace—all the treasures stored up by your ancestors until now—will be carried off to Babylon" (Isaiah 39:6). Nothing would be left; his sons would also be taken. Yet Hezekiah called this a good message, for at least it meant there would be peace in his days. He showed no concern for his son's generation going into exile. I'm not sure how a leader gets to this point, other than from my own experience of not paying attention to the little things and placing more emphasis on moments of success. Hezekiah's son, Manasseh, became king after him, only to bring more evil into Judah than ever before, going as far as practicing witchcraft (2 Kings 21).

I wonder what would have happened to the future of Judah if Hezekiah would have cared about the next generation? Would his son have ruled in godliness? Would the rebuke of a coming exile have been lifted? Would Hezekiah have experienced a transformation of the heart, resulting in repentance from pride?

As leaders, we have been given responsibility toward those we lead and those leaders who are coming up behind us. We need to care more about what we are leaving behind than a preoccupation with the moving target of success. We need to cultivate honest hearts that can see between the lines of intention and action. As mentioned in Part 1 , we need to guard our hearts against bitterness and see the gifting of God as something we steward, not own. If we tend our hearts well, we will see lasting fruit from our labor.

Connie Jakab is a blogger and author of Culture Rebel: Because the World Has Enough Desperate Housewives. Connie is an active speaker and worship leader, and lives with her husband and two boys in Calgary, Alberta Canada. She can be found on twitter @ConnieJakab.

END_OF_DOCUMENT_TOKEN_TO_BE_REPLACED

Are You Living Your Calling?
END_OF_DOCUMENT_TOKEN_TO_BE_REPLACED