An interview with Dr. Kimberlee Johnson, minister and director of the Center for Urban Youth Development at Eastern University 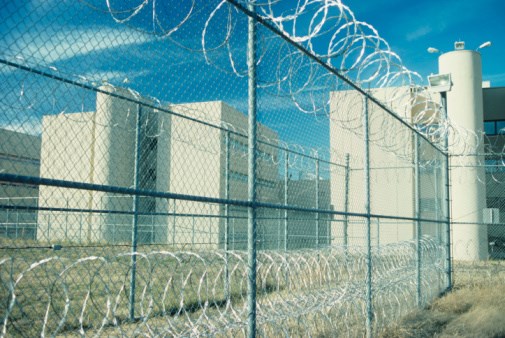 "Where were you when the lights went out?"

That's the question that resonated in my heart as I considered the plight of so many minority and underprivileged youth in our country. Every day, our American youth are being destroyed because of a lack of education, lack of boundaries, lack of leadership, lack of support, all of which leads to a lack of hope. Often these hopeless children are drawn to a life of crime, violence, and gang activity. For them, the lights have gone out.

And what about us? What about all the Christians who stand idly by and do nothing because we are busy, have our own lives and responsibilities? After all, we take care of our own kids. Those children over there are not our problem. To justify our lack of compassion, we lash out against poor parenting, failing schools, broken systematic structures, and government programs; there is more than enough blame to go around. We point to everyone else's sins but our own. We don't ask the question "What can I do?"

Edmund Burke once wrote, "The only thing necessary for the triumph of evil is for good men to do nothing." When we do nothing about the injustices facing our youth, sin triumphs and the devil wins. I am thankful that Dr. Kimberlee Johnson has taken the time to share her action plans and present a challenge to the church about what we can do to support our struggling youth.

Dr. Johnson, can you please take a few minutes to tell us about yourself and your ministry?

I am an associate minister at Tasker Street Missionary Baptist Church in South Philadelphia. I am the first woman to be licensed and ordained there, and that was after a 130-some-year history. I also serve at Eastern University; I'm on the faculty. I chair the Urban Studies Department, and I direct our Center for Urban Youth Development. Through that Center for Urban Youth Development, we sponsor the O, YES! Conference, Our Youth Enlightened about Sex, which is a Christian conference for middle school and high school students about topics related to sex, sexuality, and relationships. Additionally, I have a passion for juvenile justice.

Thank you for pursuing justice and supporting people in your local church and community. Your life is an encouragement to all of us to simply do what we can with the passions, gifts, and resources God has given us. Given your expertise, what is the church's role, both individually and collectively, to bring reform to the juvenile justice system?

First of all, the church needs to be awakened to the issues involving juvenile justice. I think a lot of Christians, particularly those in poor, minority, or urban communities, recognize that there are people around us who are going to jail all the time, but we're not able to understand the cause of this present reality.

There are a lot of injustices that account for why so many young people are ending up in prison and why so many of those young people are getting pretty lengthy sentences. So I think the first thing that the church can do is become educated about those issues and once that happens, there are certain things churches could do to become part of the solution.

I always direct people to partner with others who are already on the ground, doing things well, so you don't have to re-create the wheel. Churches can align themselves with organizations like the Campaign for Youth Justice or Coalition for Juvenile Justice.

I've noticed that some churches address incarceration issues with preaching; we will host worship services or Bible studies. That's charitable and helpful to people who are incarcerated, but it doesn't address the causes for incarceration. Churches can be proactive by educating themselves on the issues and making strategic alliances. In this way, churches become more aware of policy issues and can advocate by putting pressure on politicians to bring changes to our laws. Churches can take an active role in helping poor people to get legal representation. Anyone who doesn't have access to a private attorney is more likely to be convicted and more likely to get a long sentence.

You just addressed several critical issues. Please educate us: What are two or three specific reasons youth are unjustly treated by the justice system?

One would be transfer laws. There are three ways a young person can end up being tried in an adult court as opposed to a juvenile court. If they are transferred from a juvenile court to an adult court, their outcomes will likely be different. A judge or prosecutor can make this critical decision. On the other hand, there can be a law on the books in your state which says, "If this child commits a particular crime they will automatically be transferred to an adult court." That's a very serious issue. A lot of times, when young people are certified or transferred by a judge from one court to another, they end up with a public defender that may not bother to go through the process of decertification (or getting the case taken back to the juvenile court). Therefore, I believe the mandatory transfer laws are unjust because they do not allow a judge to take into consideration the circumstances of that particular person's case.

According to the Campaign for Youth Justice, African-American youth overwhelmingly receive harsher treatment than white youth at most stages of the juvenile justice system. Latino children are 43 percent more likely than white youth to be transferred to the adult system and 40 percent more likely to be incarcerated in adult prison. Native youth are more likely to receive the two most severe juvenile justice punishments: out-of-home placement (incarceration in a state correctional facility) and waiver to the adult system. These facts alone are part of the reason I do what I do. The American church needs to remove their perceptions and understand that there is disproportionate minority representation in our juvenile justice system, and we have to begin to address these racial disparities.

Another injustice of which the church should be aware is the sentencing of juveniles to life without parole. In June of 2012, the Supreme Court ruled that it was a violation of the Eighth Amendment (meaning it is cruel and unusual punishment) to sentence a child to life without the possibility of parole. They concluded that having such a sentence as a mandatory law was unconstitutional. Therefore, they took the sentence of "mandatory juvenile life without parole" off the books across America, but judges can still elect to give the sentence of life without parole to a child. And I think that's quite unjust. One of the reasons why the juvenile justice was developed in this country is because all research has shown that young people have a greater capacity to change than adults do. So when we take a young person and we lock them up for the rest of their lives or we lock them up in an adult prison (which all the research shows they're more likely to be beaten, more likely to be abused, more likely to be sexually assaulted in an adult prison), that's another injustice. When we allow such a sentence, we are essentially throwing our kids away and giving them no hope for the future. As Christians, I hope we believe that all people are redeemable.

You present an important recommendation concerning partnerships for churches that may not be as educated in these issues. Considering the history of the black church in America, we are aware of these issues, involved in the community, paying attention to what is negatively affecting all of our youth, and have a "take care of our own" philosophy to ministry. Some of the issues you raise may be a new for our sisters and brothers in the white evangelical community, so I think it's important that we do have conversations about race, broken systematic structures, and political loopholes, while developing personal relationships, strategic partnerships between congregations, and possibility planting more multi-cultural churches in needed communities that can prioritize these concerns. What are your thoughts about that?

Some of our churches have closed doors. When I think back to the Civil Rights Movement, churches worked with other groups—religious groups, community organizations—they came together to fight for justice. And we don't see that in the same way anymore. I believe it would go a long way for churches to open their doors to organizations like the Coalition for Juvenile Justice. Have a workshop for people in the neighborhood on a Saturday morning. Host a letter-writing campaign together with another organization. Ultimately, we need to break our silence. We can work together with other churches, across denominations, and with like-minded people who may not be part of the church.

Dr. Johnson, I thank you for your honestly and challenge to all of us. My questions for our readers today are these: Are the doors of your church open? How about the doors of your heart? Will you continue to remain silent? Please consider today what you can do to stop the silence.

Natasha Sistrunk Robinson is a full-time student at Gordon-Conwell Theological Seminary, Charlotte, NC campus (Christian Leadership). She also serves as co-director of the women's mentoring ministry at Cornerstone Baptist Church in Greensboro, North Carolina. She is a blogger, a writer, and the founder and President for His Glory on Earth Ministries. You can connect with Natasha through her blog, Twitter, or Facebook.