Habits of the Heart, Part 1

Why routine spiritual practices are still a good idea 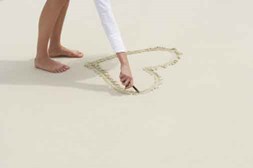 Two years ago, our family traded our suburban conveniences for city life. We moved from our Chicago suburb to Toronto, and I remember all the clumsiness of those first several months, especially when it came to errands as simple as returning library books or getting cash from an ATM. I recall my conspicuously poor attempts at parallel parking and my awkward maneuvering of public transit, all my visible ignorance of parking meters and parking signs. Oh, how I pined for the land of drive-thrus!

It's been only two years now that we've lived in Toronto, but the troubling sense that everything is new and different and that I am awkward and ignorant has finally ceded to a consoling familiarity. I realized this even more distinctly weeks ago, when we were back in the Chicago suburbs visiting friends and family for spring break. I was turning left at a stoplight, and although there was no pedestrian within sight, I inched my car forward with an instinctive slowness, hesitating to turn, waiting for the inconspicuous someone to dart in front of my car.

I guess I've learned to drive like a city girl. And although this isn't something I have consciously practiced or rehearsed (notwithstanding, of course, the scores of times I've backed into an impossibly narrow spot in front of my favorite butcher), two years of navigating city streets and Toronto's brazen pedestrians have formed in me a sensibility about the road that is now instinctive.

Much of our human behavior, it turns out, is subconscious and unreflective. Psychologists are now discovering just how many of our responses are conditioned by habit. It seems that only about 60 percent of the time do we actually think before we act. This should give us pause to consider what models of spiritual formation we propose.

"How many of you have ever asked God to help you love him more?" the pastor asked of the congregants in the church we were visiting.

I agree that knowing God more can inspire a deeper affection for him, yet this isn't exactly how I'd coach someone in her attempts to pray. A merely cognitive approach to spiritual formation misses—well, the heart of the matter.

Human personhood is bigger than the brain. We are lovers—homo liturgicus, as James K. A. Smith argues in his important book Desiring the Kingdom. Love, as lovers know, is hardly an exclusively rational response to a set of objective data. Love is the stomach's thrilling, tangled, wobbly, inside-out feeling when your lover walks through the door or looks your way. This isn't to say, of course, that love is only feeling, but certainly, love exists on more than a cerebral plane of behavior.

To say we are primarily lovers instead of thinkers is to acknowledge that a good deal of our behavior isn't a result of measured, reflective thought. Much of it is instinctual and visceral. We actually live 40 percent of the time at the level of gut reaction, and the Bible has a word for the gut: kardia. English translators define kardia as either heart or mind, but the Greek word actually means both. It captures a person's rational and irrational processes, her mental as well as moral activity.

As a consequence of the fall, sinners don't merely think wrong things and stand in need of better doctrine. Although it is true that we have "[thought] up foolish ideas of what God was like…traded the truth about God for a lie," (Romans 1:21, 25), our problem isn't exclusively mental. As Augustine argued, through the fall, we've inherited "disordered" loves. We love wrong things, or we love them in the wrong way. Human affection for God and allegiance to God have been supplanted by trifling flings, and the human kardia suffers the effects. "An evil person produces evil things from the treasury of an evil heart. What you say flows from what is in your kardia," (Luke 6:45).

If we want to make spiritual progress as well as help others to move forward in meeting the demands to love God and neighbor—which, as Scripture argues, are the ultimate human obligations—we'll need more than doctrinal data transfer. We'll need transformation at the level of the subconscious and unreflective. We will need to seek change at the level of the gut.

Jen Pollock Michel writes forToday in the Word, a devotional published by Moody Bible Institute. She is also a regular contributor to Christianity Today's blog for women, Her.meneutics. In 2014, she is releasing a book with InterVarsity Press about the importance of desire for the life of faith.

Habits of the Heart, Part 1