He renames and remakes sinners–and we can join him 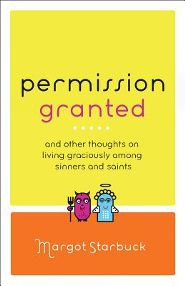 Recently, I was a guest at a beautiful Nashville farm property belonging to a popular Christian recording artist. When the other guests were talking about life on the road as a well-coiffed Southern Gospel musician or a gospel-announcing evangelist or a tattooed Christian rock star, I could only smile and nod, very aware that I was, technically, not counted as one of their own.

At the end of that same week, I was volunteering at a chic local entertainment venue where North Carolina AIDS Awareness was raising money by hosting drag queen bingo. Whether the other guests were talking about the single lesbian bar in Durham, or gay clubs in neighboring Raleigh, or the empowerment that comes from celebrating the feminine through drag, I could only smile and nod, aware that I was, technically, not counted as one of their own.

Clearly, over my "I love Jesus" stockings, I've got a muddy cowboy boot on one foot and a sparkly six-inch, size-twelve stiletto on the other.

Now, I realize that when a lot of people identify themselves with this foot-in-both-worlds effect, they know–or at least suspect–that others will think more of them. When they donate millions of dollars from their vast family fortunes to both HIV-AIDS research and to missionaries translating the Bible into the language of a random remote people group, we like them even more, don't we?

For the record, I don't for one moment expect my confession to play out that way.

Not only do I feel equally dorky and out of place in both groups, as members of either will attest, but the people-pleasing part of me is equally desperately afraid that conservative folks at my church will find out I enjoy the company of despised Christian liberals and that my gay friends will find out I write for Focus on the Family.

I'm nothing if not a complete mess.

So Different Than Me

Thank goodness there is Jesus, who is nothing like me or any of my friends.

Jesus was so concerned with pleasing his Father that he was entirely unconcerned with pleasing people. That he purposefully offended and/or surprised every last person, and not just half of them, never ceases to intrigue me. Those of us who long for our values to be determined by him, rather than by either culture or religion, are being drawn into an unlikely third way.

It would be a mistake, however, to conclude from Jesus' compassion toward those who transgressed social boundaries that his mission was merely to demask the mechanisms that created "Sinners" by falsely ascribing sinfulness to those who were considered socially unacceptable (pace Borg 1994, 46-61). He was no prophet of "inclusion" (with Johnson 1996, 43f.), for whom the chief virtue was acceptance and the cardinal vice intolerance.

Jesus, claims Volf, did something else entirely. Instead,

To identify the ways Jesus is just like me and my friends would be to miss the point entirely. I've become convinced that there's much more to be gained by identifying the ways Jesus is entirely different than any of our Religious proclivities. The days I'm leaning right, it's alarming that Jesus scandalously includes any and all into fellowship. The days I'm leaning left, it's equally scandalous that Jesus offers forgiveness for the sins I'm just as happy to sweep under the rug and invites transformation.

The mission of Jesus consisted not simply in re-naming the behavior that was falsely labeled "sinful" but also in re-making the people who have actually sinned or have suffered misfortune. The double strategy of re-naming and re-making, rooted in the commitment to both the outcast and the Sinner, to the victim and the perpetrator, is the proper background against which an adequate notion of sin as exclusion can emerge.

Jesus didn't have just one strategy, like too many of us do; he had a double strategy. Which is...like...twice as much strategy.

Recognizing how our binary thinking and labeling excluded people unjustly, he renamed that which had been falsely labeled unclean. Time and time again he ripped off the FDA unclean label and, in word and deed, included those who were outsiders. No food was unclean. The flow of blood from a woman's body was not unclean. No one's sin caused a man to be born blind.

The mission of re-naming what was falsely labeled "unclean" aimed at abolishing the warped system of exclusion–what people "call clean"–in the name of an order of things that God, the creator and sustainer of life, has "made clean" (cf. Acts 10:15).

Renaming would most certainly have made many, in his day and ours, more than a little uncomfortable.

Jesus's other strategy was remaking. If something was truly unclean, he made it clean. Folks who were possessed by unclean spirits, or caught in the snares of wrongdoing–whether to benefit themselves or just to survive–were forgiven and transformed.

"The mission of re-making impure people into pure people," claims Volf, "aimed at tearing down the barriers created by wrongdoing in the name of God, the redeemer and restorer of life, whose love knows no boundaries."

Remaking would most certainly have made many, in Jesus's day and ours, more than a little uncomfortable.

Those of us who swing to the left and cling to the right have both, technically, on different counts, been right. Doggedly maintaining our rightness, though, has failed to transform us into the likeness of Jesus. Ironically, that will only happen when we acknowledge our wrongness–the ways we've failed to rename or to remake–and follow Jesus into the less-comfortable way. Volf concludes,

If we don't join Jesus in this renaming and remaking, we only perpetuate the kind of exclusion he came to abolish.

END_OF_DOCUMENT_TOKEN_TO_BE_REPLACED

Women of the Bible
END_OF_DOCUMENT_TOKEN_TO_BE_REPLACED