Turning a Blind Eye Is Not an Option

People of God, we must speak up and out against abuse
Read as Single Page
Page 1 of 3 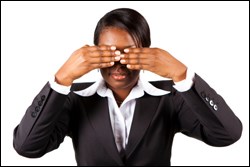 Years ago when I served as an assistant prosecutor, I was approached by a few coworkers (on different occasions) who were working on cases where children were sexually abused by someone in the church. Prosecuting cases where children are abused are the toughest cases to prosecute, in my opinion. Children are among the most vulnerable members of our society, and someone taking advantage of them pierces my heart.

One of the most troubling aspects of those cases was when the churches took sides with the offenders. On more than one occasion they tried to keep the offenses "in house" without going to the proper authorities. Many times the parents didn't go to the police until the church failed to appropriately respond. As a believer, it broke my heart when my coworkers asked me why church members would side with offenders and demonize the victims. They often received phone calls from angry church members who pronounced that the offenders' sins were forgiven. They told us that our office was wrong for prosecuting these cases.

I didn't know these Christians, so it was easy to write them off as crazy. It did bother me that fellow Christians would respond this way, but I subconsciously wrote them off as unbelievers. This is how I processed it. That way, I was able to make sense of it and make peace with it–until I met Taylor* and Bobby*.

Taylor is a young lady who loves the Lord and is committed to serving him. Years ago, Taylor accepted a position at a local church to serve the youth in the community as a youth director. She spent every free moment working for the ministry. She was so excited to work with the children. However, Taylor was eventually pursued by the pastor. Taylor found herself constantly harassed and eventually sexually assaulted. She quit her position abruptly. When asked what happened by fellow servants, she didn't know what to say. One of the servants asked her, "Did he rape you? He's been known to chase young women in the church and all of a sudden they disappear. The church has also received reports of other sexual assaults. Did he do something to you?" When Taylor heard this, she was more distraught that the church knew about this behavior and did nothing about it. The two people Taylor confided in still attend the church to this day and serve the pastor. Did they turn a blind eye?

I met Bobby years ago in school. He grew up in the church but would never want to attend with me. He seemed to love God, but he hated the church. I didn't understand it. One day I talked him into going and he cried during the entire service. Later that day, I asked him why and he finally opened up. Bobby told me that his father had left his mother when he was a little boy. His mother knew that he needed a male mentor, so she took him to the pastor for mentoring. The pastor sexually and physically abused Bobby and other young boys in the church. This took place for years. The sad thing is, not only did Bobby get molested by his pastor, but he was also "shared" with his minister friends. Bobby was eventually "rescued" by another pastor, but even that relationship remains questionable to me. Who saved these boys? No one; everyone turned a blind eye.

Turning a Blind Eye Is Not an Option

END_OF_DOCUMENT_TOKEN_TO_BE_REPLACED

Women of the Bible
END_OF_DOCUMENT_TOKEN_TO_BE_REPLACED