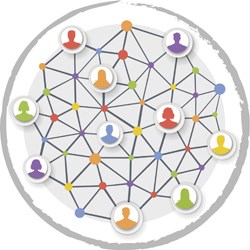 I came to Christ through a parachurch organization as a teenager. Before that time, I had absolutely no church experience. I had attended Sunday school with a friend for a year when I was 9, but other than that, I knew nothing about how churches should operate.

However, when I became a Christian, attending a church became very important to me. I got involved in a low-key church that catered to college students. The idea was to draw in as many students as possible, so the commitment required of us was almost nonexistent. I bought into the idea that any formal church accoutrements were unnecessary and even detrimental. A popular thought bantered around in my church was that the body of Christ could exist without much of anything, even a building. After all, we could meet under a tree and do fine (which was rather odd, since we lived in a northern clime with pretty severe winters).

But as I matured in my faith, I began to notice some flaws in this approach. People didn't stay around one church but quickly flitted from one to another, trying to find something that would hit their fancy. I also noticed a lot of complaining about church, and it usually was phrased, "You should do this in your church" or "If you'd just do that at your church…"

So years later when my husband and I planted a church, we felt strongly about membership. We wanted as many people as possible in our church to be in the "we" camp instead of the "you" camp. As a result, we emphasized church membership from the beginning. We offered membership classes that studied our church's doctrinal statements in depth over a six-week period. It also provided a place for new people to ask questions about how our church operated and what was our church's mission.

We also required membership for those who wanted to be involved in our church. If they aspired to teach or serve on a ministry team, they had to be members. This guarded our church against false teaching and made sure we were on the same page missionally.

At first we were a little nervous that this would keep our church small, but it was just the opposite. In our area, there were plenty of churches that required little or no commitment, and the idea that the teaching would be universal from age 2 to 102 was appealing to many. Parents felt good that their kids would be taught the same thing doctrinally that they would learn in their own classes and from the pulpit.

It also created a very stable, healthy church. Fly-by-night things just didn't happen. Ministries were thought through carefully by committed, well-informed people, which shaped a strong base. There was plenty of freedom for members to try anything they wanted, which resulted in all sorts of programs in the church and outreach to the community, but almost all of that was through our members.

My husband often saw the wisdom in this approach as he met with other pastors in our community for prayer each week. They struggled a lot more than we did with false teaching, with attenders who misunderstood their mission, and with often taking three steps backward for every two steps forward.

Our church gained a reputation for being one of the healthiest in the community. In fact, we even had a few local pastors recommend our church to those who had been wounded by another church. We were able to minister to those who had been victims of other well-intentioned but poorly organized churches that ended up causing harm to those they had wanted to help.

Of course, there were other factors that went into making us a healthy church, but guarding our leadership and making sure our members were well-taught and informed by far contributed the most to making such strength possible.

JoHannah Reardon is still involved in church leadership and loves her stable, healthy church. She also is a prolific writer. Find her many novels at www.johannahreardon.com.

END_OF_DOCUMENT_TOKEN_TO_BE_REPLACED

Does the Bible Really Say I Can’t Teach Men?When Church Leaders Mistreat YouHow Should the Church Handle Adultery? The Strong Power in Every Woman

Women of the Bible
END_OF_DOCUMENT_TOKEN_TO_BE_REPLACED