Emotional Health Should Be Required for Leaders 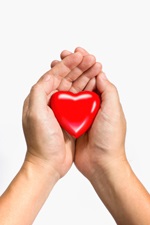 Because of a lifetime battling depression, Johanna's mom had difficulty coping with the challenges of raising a child. Spending hours in bed, she became detached from her daughter. The depression began a chain reaction in the family—Johanna's dad worked long hours so he didn't have to engage the painful situation at home. Consequently, Johanna grew up with parents who were emotionally unavailable for her.

With no encouragement and little interest from her parents in her day-to-day activities, Johanna felt invisible. Her self-worth plummeted and she began acting out, mostly for attention. Unable to verbalize her feelings to her family, classmates, or teachers, she began having angry outbursts in elementary school. The attention she received—though from negative behaviors—fed a hole in her soul, and she persisted in negative attention-seeking behaviors.

Finally in high school she found socially acceptable outlets for her emotions: drawing and writing. She found success and positive attention from the performing arts. If she received A's on her artistic assignments, she felt proud and felt she was worth something, but if she didn't hit her self-imposed mark of high A's, she felt defeated and worthless. Perfectionism had set into her soul.

Relationships were difficult for Johanna. After all, she had no role model for healthy relationships. The two people put into her life to teach her about healthy relationships didn't fulfill their God-given opportunity to develop their daughter's potential by intentionally loving and caring for her. She developed early maladaptive thought processes birthed out of rejection, detachment, and lack of predictable care from her parents. The maladaptive thought patterns resulted in mistrust of others, an absence of ability to listen and mutually share feelings and thoughts, a sense of defectiveness, perfectionism, an inability to develop healthy relationships, defensiveness, hypersensitivity to criticism, and performance-based behavior rooted in an unhealthy need to gain attention.

For friendships to work for Johanna, her friends had to serve her goals and become consumed with her; otherwise she didn't know how to function. Her lack of self-awareness kept her focused on herself. Asking others about themselves was not a social skill she learned or valued. She became consumed with achieving her goals, and her world did not hold room for others. When she reached adulthood, romantic relationships involving both physical and emotional intimacy were unsuccessful, resulting in two failed marriages. She chose emotionally distant men because she didn't know how to have emotionally healthy relationships. Johanna had become narcissistic and self-serving.

Emotional Health Should Be Required for Leaders

END_OF_DOCUMENT_TOKEN_TO_BE_REPLACED

Are You Living Your Calling?
END_OF_DOCUMENT_TOKEN_TO_BE_REPLACED