When Artists and Engineers Collide 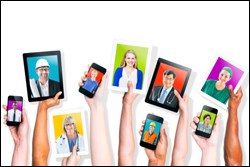 The outreach team at our church had a daunting task. We were responsible for attracting the unchurched, making newcomers feel welcome, and helping reach out to our community in practical ways. All of us were enthusiastic about doing just that, but not all of us agreed on the best methods to accomplish such a herculean task.

Robert* was a man who loved charts. He immediately wanted to graph the different people groups in the community and map a strategy to reach them. He felt that everything should be in writing and that the team should develop concrete, measurable steps to take in reaching out. In his estimation, each month's activities should be planned at the outset of the year and then we should stick to that plan like glue. His approach to outreach involved a comprehensive door-to-door evangelism strategy that would leave no one untouched.

Deborah, on the other hand, was appalled by this idea. She felt that Robert wanted to approach outreach as if we were expanding a business. In her eyes this was no more than a marketing plan that left no room for the Holy Spirit. She insisted that door-to-door evangelism no longer worked and that we needed a creative method to draw people to the church. She wanted to host an arts and crafts fair and invite the entire community.

Needless to say, these two people could not have been farther apart in their philosophy of ministry. And the reason they were so far apart was because they were so different from each other–Robert was an accountant and Deborah was an art teacher. A lively (putting it nicely) discussion ensued. Robert insisted that he would never go to an arts and crafts fair anywhere, and especially not at a church. Deborah declared that she would never go to a church because some stranger showed up at her door to invite her.

As I listened to them, I realized they were both right. When we reach out to others, we each tend to do so in a way that would appeal to us. We think, Would I want to come to that? or Would that work for me? If the answer is no, then we shut down the idea and don't want to pursue it any further. I could see the team leaning toward one or the other of the ideas according to their own personalities. So I saw my role on the team as helping to validate and marry both camps, and this is how I did that.

Because Robert and Deborah each felt so strongly that their strategies were right, the discussion became pretty heated. I saw the need for both parties to state their cases without interruption and without their ideas being shot down. So we tabled the discussion for that meeting and ended it in prayer. I let everyone know that each person who had ideas about how to do outreach would be given five minutes to present those ideas at the next meeting. I emphasized that we were still at the brainstorming stage, which meant there were no bad ideas. I asked anyone who wanted to present ideas to let me know in advance of the next meeting so I would know how much time to allot for that.

It turned out that Robert and Deborah were the only ones who chose to present their ideas at the next meeting. However, each one was able do so without the other, or anyone else, interrupting.

Camp on the strengths of both left- and right-brainers.

After Robert had presented his thoughts, I asked the rest of the team to tell me what they liked about his ideas. Unanimously, everyone, even Deborah, liked the idea of graphing the different people groups in the community and mapping a strategy to reach them. They loved that Robert had strengths in that area and were more than happy to delegate that task to him.

The group split pretty evenly on whether to develop concrete, measurable steps to take in reaching out. Some felt that whether or not we are reaching people is hard to measure and that if we leaned too heavily on those steps we might miss staying with an idea for the long haul to see if it works, so they shied away from that idea. Others felt unless we did that, there was no way to know if what we were doing was effective and worth our time and energy. No one thought the door-to-door strategy would work except one person who had the idea of asking people if they had anything they would like us to pray for.

When Deborah presented her thoughts, the group validated her desire to be open to the Holy Spirit and to try creative ideas we'd never tried before. We all loved that she came up with ideas that had never occurred to us. Besides the arts and crafts fair, she mentioned having a film festival, a book club, and an all-community choir. Robert particularly liked the book club idea and told her so, although my guess was that their ideas of what book to read would be wildly different.

Find a way to marry the best of both people's ideas.

I felt my task was to pull what the team liked into a cohesive whole that everyone would feel good about. Therefore, I came up with the following:

• Robert would come to the next meeting with a graph helping us to understand the different people groups of the community. We would discuss those different groups as well as strategies that would uniquely reach such varied people from different backgrounds.

• When we had that information, we would plan a monthly outreach activity to target each of those people groups.

• I asked another member of the team to come up with some questions we could ask ourselves as we evaluated each activity to see if it was accomplishing what we hoped to see happen and to determine if that activity was worth repeating.

• We would bathe each activity in prayer, including the larger church body, so that we stayed mindful of anything the Holy Spirit wanted to show us rather than simply stick to the schedule no matter what.

As it turned out, Robert gave us the structure we needed to accomplish our goals, and Deborah gave us many creative ideas. Robert and Deborah each started book clubs, since they truly did have very different ideas about reading. Robert's group studied classics, and Deborah's group read contemporary fiction that helped her share Christ with those who came. I marveled that because of their different approaches, we had twice as many people in groups as we would have had with just one.

Robert's and Deborah's polar opposite personalities turned out to be a godsend to the team, and they learned to appreciate each other's strengths as they could see the value in what each other did. And our church and community were blessed because of this. We all learned to slow down long enough to really listen to each other and to take advantage of everyone's strengths as well as to marvel at how uniquely and wonderfully God makes us.

*Names have been changed in this article.

JoHannah Reardon is still involved in church leadership and has learned to value the differences in people. She also is a prolific writer. Find her many novels at www.johannahreardon.com.

When Artists and Engineers Collide

END_OF_DOCUMENT_TOKEN_TO_BE_REPLACED

Are You Living Your Calling?
END_OF_DOCUMENT_TOKEN_TO_BE_REPLACED