Contrary to popular mythology, everyone is an artist 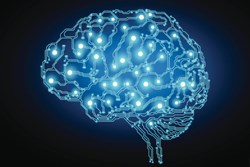 If you spend five minutes scrolling through your Facebook feed, you are bound to come across at least one post that promises to help you determine whether you are right- or left-brain dominant. The lateralization theory explains your thinking and behavior based on which hemisphere calls the shots: the left (making individuals more rational, logical, precise, and having a strong preference for dogs) or the right (edging others toward being intuitive, subjective, and creative, which apparently translates to a general avoidance of printed directions and a predilection for cats).

However, according to Stephen Kosslyn and G. Wayne Miller, authors of Top Brain, Bottom Brain, this idea is little more than "a dominant pop-culture story" which has never "stood up to careful scientific scrutiny." Recent work done by neuroscientists seems to indicate that both hemispheres of the brain work together in complicated processing tasks.

For example, where the left hemisphere is predominately responsible for discerning the sounds that comprise words, according to Carl Zimmer in an article for Discover magazine, "The right hemisphere is actually more sensitive to the emotional features of language, tuning in to the slow rhythms of speech that carry intonation and stress." If one area of the brain is compromised from injury or stroke, individuals may discern actual words but have a limited ability to understand the nuances that are part of verbal communication.

Despite a growing body of evidence that discredits lateralization, those of us who don't make our living as neuroscientists seem to prefer the somewhat romantic premise of left-brain vs. right-brain thinking. After all, it's both amusing and affirming. Because I prefer cats, feel compelled to create, and have been known to dissolve into tears when reading product manuals, lateralization validates both my career and lifestyle choices.

However fun and affirming, such binary thinking (I am either creative or not creative) can actually stunt our character development. For example, since the online test determined that I am 72 percent right brain, I might dismiss the need to develop my logical or objective skills because creative people don't need them (unless, of course, we want to make a living at what we do or put together an Ikea bookcase.)

Another unfortunate consequence of lateralization theory is that those who score low on right-brain dominance might assume the results are definitive. They want to create but apparently were not blessed with creative genes. Others breathe a sigh of relief because creativity spooks them. It's fine for the arts pastor, but they actually prefer that someone else do the messy and vulnerable work of creating. My husband (a writer/musician) and I (a writer and photographer) often hear others wistfully say, "I wish I could be creative!" To which we always respond, "But you are!"

Genesis 1:26 reads, "Then God said, 'Let us make human beings in our image, to be like us.'" The Trinity created the universe ex nihilo–out of nothing. The color pink, sunflowers, watermelons, manatees, hummingbirds, and every human on the face of the earth exist today because God had the idea for them and brought them into life. This is miraculous. Even more miraculous is the reality that each of us has been endowed with this same generative spirit.

Perhaps many of us fail to recognize and walk in our God-given creativity because we define creativity too narrowly. We tend to assign the title of artist to those who sit at a piano banging out new melodies or the apron-covered painters with a myriad of oil paints perfuming their studios. In reality, all of us create all day long–particularly when we lead. We could not craft a sermon, organize the prayer team, or run a youth group retreat without tapping into our creative abilities.

So how do we consistently foster this whole brain creativity in ourselves as well as in those we lead? In ancient Greece, if someone succeeded in making a masterpiece, it was said that they had a genius. It was understood that a creative spirit visited them and downloaded whatever ideas they incorporated into their work. During the Renaissance, when man became the center of the universe, people became geniuses and the idea of a muse drifted into ancient history.

If there's a kernel of truth to the Greco-Roman perspective, maintaining an open and ongoing dialogue (prayer) becomes an essential component in the creative process. Since the source of our inspiration is both within (our experiences, thoughts, and the endowed likeness to our creator, God) as well as outside of us, tapping into the Genius will potentially allow ideas and impulses to flow.

In addition to opening ourselves vertically, we must learn to silence our inner critics. After I preach, I typically make notes on where the sermon lost energy or failed to connect with my listeners. This helps me to grow. However, it's utterly unhelpful for me to evaluate myself against the likes of N. T. Wright. Perfectionism is actually a form of idolatry that we must not allow to pollute our creative process.

Creativity thrives in an environment that is both affirming and honest. As leaders, when we establish this balanced, safe environment, those under us will feel the freedom to take risks. Years ago, one small group leader wanted to try a live painting to communicate her conversion, which I blessed. Could she have done it more effectively? Perhaps, but her willingness to listen and vulnerably follow after God's leading had lasting fruit for her as well as for the others in the room that night.

What's more important than discerning which brain hemisphere calls the shots is a willingness to embrace our DNA as creative people and follow after those God-inspired impulses. Because there's never a shortage of problems to be solved–whether they are relational, environmental, or logistical–pursuing creativity is an essential component of successful leadership.

Dorothy Littell Greco spends her days writing about faith, encouraging others as they pursue Jesus, making photographs of beautiful things, and trying to love her family well. You can find more of her Words & Images @dorothygreco.com or follow her on Facebook: www.facebook.com/DorothyGrecoPhotography.